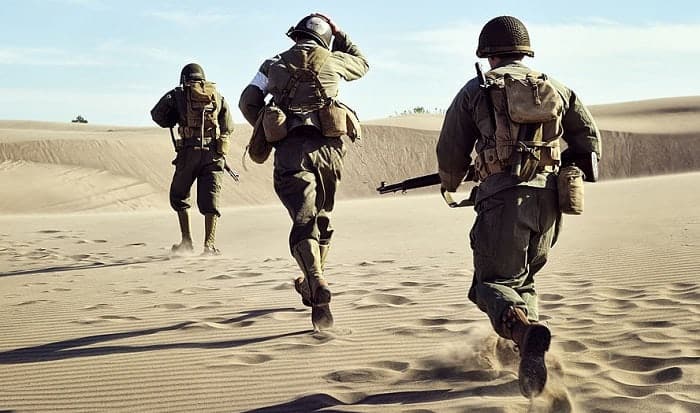 For the details, continue reading!

8 Reasons Not to Join the Military 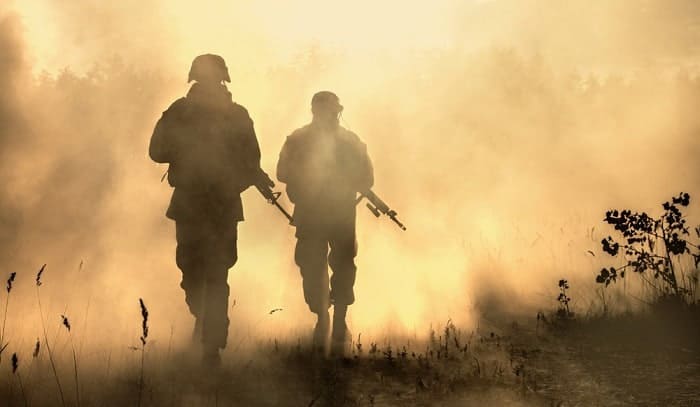 1. You do not or cannot relocate

Relocations are not uncommon if you join the military. Therefore, if you know that you do not want to or cannot relocate, do not enlist. Since the military has many international bases, military personnel are frequently deployed to foreign soils.

During certain missions, especially in wartime and emergencies, you will likely have to live by the border or combat site, away from your original base. Sometimes, you may have to relocate to places you have never even heard of!

In addition to relocating, you will have to move your residence and family often. If you think this is too much for you to handle and become accustomed to, then you should not join the military.

2. You have dependents without a contingency plan

You may want to drop the idea of becoming a military member if you have dependents and no contingency plan. For instance, as a single parent and thus, the sole caregiver of your children, parents, or other relatives, don’t join the army unless you have a well-thought-out plan of who will fill in your place while you serve. Avoid going into a military career if you are currently shouldering a lot of life responsibilities and tasks.

3. You cannot give up on particular drug usage

All of the military branches are strict on drug use. Before enlistment, you will have to take a drug test to be accepted. If drugs are detected from your urinalysis sample, you will be disqualified.

Plus, if you are not willing to give up on your routined drug use, now that certain substances are legal in particular states, the military world is not for you. Do not expect to be an exception. Drugs are a no-no in armed forces life.

4. You cannot stand being told what to do 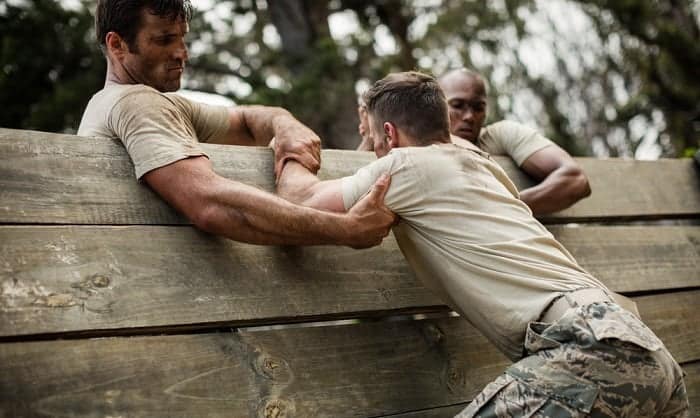 This is among one of the most obvious reasons not to join the army. The military environment is 100% structural with obvious rankings. You will definitely be receiving orders and be told what to do during your time of service. If you have a big ego and do not like being bossed around, do not join the military.

The military is a big pond, and if you are just starting out, you will be a small fish. You cannot say no to orders, even if the one in command is a lot younger than you. There is no military justice in this regard. Your performance, physically and intellectually, may help you get promotions, but it does not give you the privilege to choose whether you want to follow an order.

The military is a big organization with a lot of people. Thus, teamwork is of utmost importance, no matter the position you have. If you do not like working with other people, do not apply for the military.

Almost all jobs and positions in the military require you to participate in cooperative and collaborative action. The branch that you are in will also not change this fact. Expect to be working with others even if you are a truck driver, cook, water delivery personnel, medic, etc.

Apart from direct work with one another within a unit or troop, you will have to join hands with those from other departments in the military as a whole. For example, if you are a paratrooper, you will interact with not only your teammates but also infantry, medics, aircraft flyers, etc. Essentially, if you are not willing to be a team player, the military experience is not for you.

6. You cannot deal with violence and/or gory

This reason not to join the military cannot be anymore obvious. If you have seen military films, you will know that violence is an inseparable component of military life.

Although the degree of exposure to violence differs depending on your specific position, there is always the lingering aspect of violence and gory. If you are an infantry soldier, you will more likely have to bull-head brutal settings. You will have to learn how to handle weapons, fight, and potentially be firing them against other living soldiers. Scary, right?

But even as an army admin, there is a chance you will be involved in rough scenarios. You might be sitting in the office arranging files when the enemy raids—obviously not a violence-free situation. Therefore, if you cannot deal with violence and/or gory, do not become a military member. A calm civilian job may be a better fit.

7. You cannot deal with having little personal time

Do not expect to be resting on your bed watching Netflix or putting on a face mask and chilling. Time is a luxury in the military. There will always be something to do! You are lucky to have enough time to shower and look presentable.

Plus, this will be such a normalized concept that you may even feel guilty if you actually have spare time. This is also why new recruits find it very hard to adjust at the start of their time in service. It is common to feel a sense of emptiness because you cannot keep up with yourself.

If your personal time is precious and you cannot afford to give it up, the military is not for you.

8. You do not want to be physically and emotionally stretched

The military is challenging, both physically and emotionally. To start, you will have to pass a paper test and fitness test to prove your competency.

Once you are a recruit, you will also have to go through rigorous basic training or boot camp training, which sets standards for physical and intellectual capabilities. For this, the specific activities that you will have to take depend on the military branch that you are in.

For instance, you will have to be an incredible swimmer to be a part of the Marines Corps, and in the Navy, you will have to conquer a live fire training test. It is generally agreed among active duty members and veterans that the toughest branch is the Air Force.

But then again, it largely relies on your existing abilities and skill-sets. Nonetheless, in all branches, the physical demands are high. In the armed forces, if you are not fit enough, you will be left behind.

Additionally, there are many procedures and policies that you will have to ingrain into your mind. It is a mass of information that can be difficult to deal with and increasingly overwhelming over time. Since the military is stringent in terms of protocols, do not expect anyone to sweep your mistakes under the carpet.

Once you are an official military member, you will find yourself in demanding situations where you have to think on your toes and act accordingly. Needless to say, you will be under a lot of pressure. Your decision and action may decide the fate of not only those in your troops and a part of the military but also your country as a whole. So, it will be mentally and emotionally exhausting at times.

If you are an infantry soldier or in combat troops, you will likely encounter war with more brutal and gory scenes. You may lose a close member, be injured, or be scarred from what you see and experience on the battlefield. Thus, post-traumatic stress disorder and anxiety conditions in active duty service members, as well as retirees and veterans, are common. Most military members fight against depression and sleep deprivation as well.

If you intend to commit to a long-standing military career where you serve much longer than the standard duration and climb ranks, be ready to shoulder more responsibilities. In this case, it is more than likely that you will be extra challenged physically and mentally.

So, if you think you are not equipped with enough physical and mental strength, you may want to reconsider. For more, watch:

That marks the end of our article on 8 reasons not to join the military. Undoubtedly, there are other considerations that may demotivate you to becoming a service member. These are just some of the common reasons why most people decide to not dedicate themselves to serving the country, despite knowing the benefits like free medical care, free health care, paid vacations, and stable pay.

With that said, it is completely fine if you realize that you are not meant for the military. There are other ways that you can contribute to your country and people. Do not force yourself to be in the military if you do not want to. You will not be able to perform optimally if it is something you dislike—letting not only yourself down but also your country.

Hopefully, you have picked up a lot of valuable reasons from the list, especially if you are thinking about joining the military. If you want to ask any questions or share any thoughts, please leave a comment.