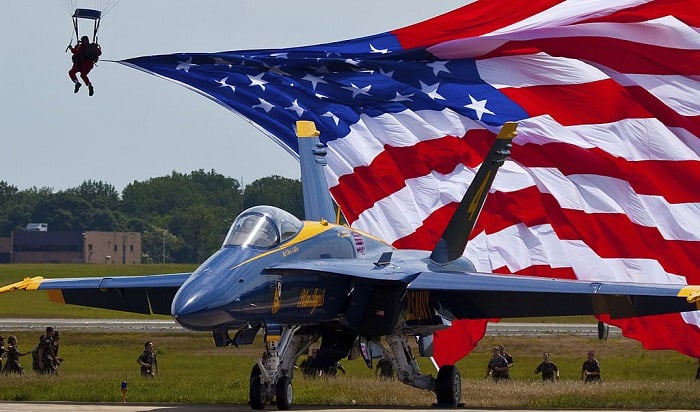 Have you ever heard of the Blue Angels? What branch of the U.S. military features the blue angels?

“Blue Angels” is actually the name for a naval flight demonstration squad in the military.

Learn more about it in our article here. We will provide other relevant information like its history and brief through:

What Are the Blue Angels? 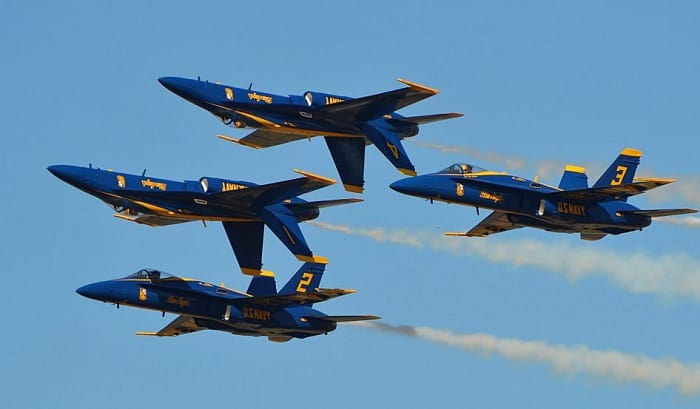 As mentioned above, “Blue Angels” is the name for the squadron that performs flight demonstrations. It is sometimes also referred to as t

What Do the Blue Angels Do?

The Blue Angels are in charge of showcasing the U.S Navy and Marine Corps’ pride and professionalism through flight demonstrations, which are also referred to as aerial displays and airshows. They perform at both non-military airfields and military airfields.

In addition, they engage in outreach missions, visiting hospitals, schools, and community functions.

What Branch of the U.s Military Is the Blue Angels in?

Although typically mistaken as Air Force Blue Angels, the Blue Angels’ military branch is the Navy.

Currently, the Blue Angels include 17 volunteer officers. The specific member positions are as follows:

This year, the Commanding Officer is Brian C. Kesselring, a Fargo (North Dakota) native. Kesselring joined the Blue Angels in 2019.

There is also a team of 100 enlisted members (sailors + marines), playing maintenance and support roles:

Finally, there is a team of technical representatives:

Applicants who meet the requirements are recommended for Blue Angel duty. After extensive screening, interviewing with all 15 squadron work centers, and a complete selection process, the enlisted personnel commit to a 3-year Blue Angel tour.

During the air show season, the Blue Angels are stationed at Forrest Sherman Field, which is in Florida’s Naval Air Station. During the training season (January to March), the team is in California, at the Naval Air Facility El Centro.

What is the Brief History of the Blue Angels? 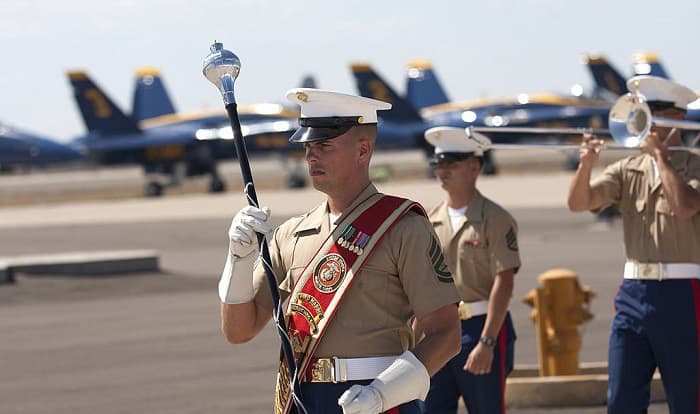 The Blue Angels were founded in April 1948. Their original name was the Navy Flight Exhibition Team but they changed it to the Blue Angels two months later. In December 1973, they were reorganized, and then, commissioned as the U.S Navy Flight Demonstration Squadron.

The Blue Angels were assembled under the orders of Chief of Naval Operations Admiral Chester Nimitz. The purpose was to forge greater public support for naval aviation and boost Navy morale.

It was at the Naval Air Station in Jacksonville, Florida

It was at an airshow in Omaha, Nebraska

The team was disbanded as Blue Angel pilots volunteered for combat duty in the Korean War. They were reactivated in October 1951 and their first re-activated performance was in May 1952. It was in Memphis, Tennessee.

In 1986, the Blue Angels commemorated their 40th Anniversary. They revealed their McDonnell Douglas F/A 18 Hornet, which remained their aircraft until 2020.

Now, you have all the essential information on, “Who are the Blue Angels?” and “What branch of the U.S. military features the Blue Angels?” Hopefully, you have found this easy to read. If you have any further questions to ask or thoughts to share, leave us a comment. We always welcome readers, so do not feel like you cannot reach out to us!