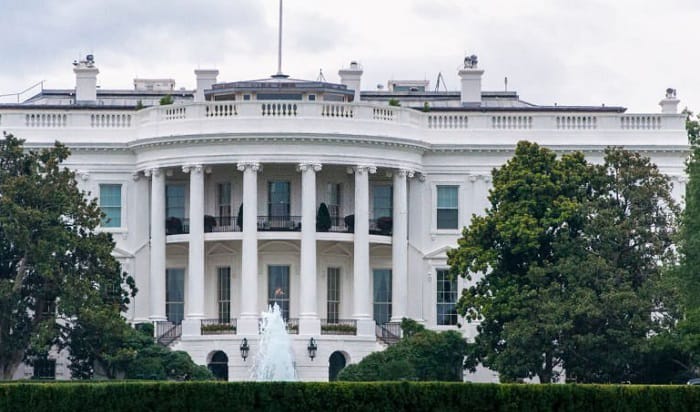 A lot has changed since Joe Biden became President, including the decorations in the Oval Office.

A big question on this matter is, “Did President Biden remove military flags from the Oval Office?” And the short answer to it is yes. Biden switched out Trump’s military flags for family photos and portraits of civil rights leaders.

For more details on what Biden changed in the Oval Office, continue to read.

Did Biden Remove Military Flags From the Oval Office?

As said earlier, YES; Biden did remove military flags from the Oval Office. He did this after he took the Oath of Office and moved into the White House.

The flags were displayed while Trump was in office, and before that too. Other Presidents who had the flags in the office were John F. Kennedy, Lyndon Johnson, and Richard Nixon.

What Is Replacing the Military Flags in the Oval Office? 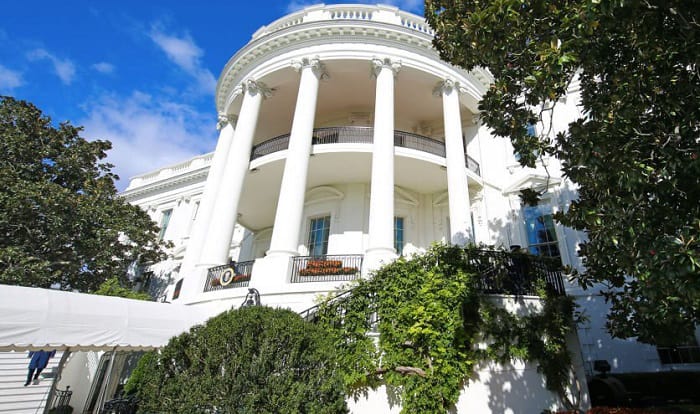 Substituting the military flags in Biden’s office is the American flag, a flag with the Presidential Seal on it, and an array of Biden’s family photos.

What Else Did President Biden Remove From the Oval Office?

Aside from the military flags, Biden took away a portrait of former President Andrew Jackson. Jackson was the first Democrat to hold the office. However, recently, he has been condemned for ties to slavery and the oppression of Native Americans.

What Did President Biden Add to the Oval Office? 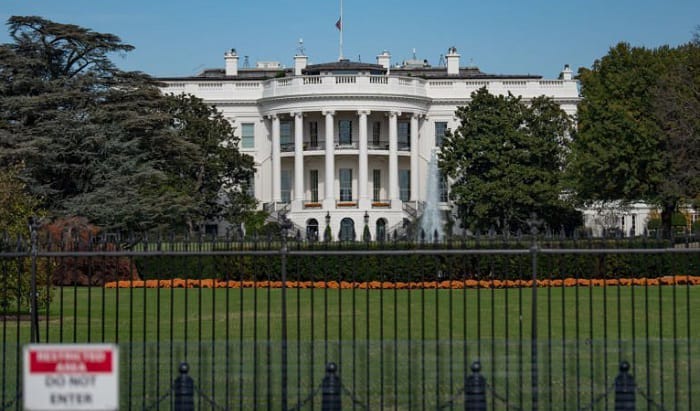 Now, the space is occupied by portraits of leaders who were known to have faced challenges and persevered. In detail, around the fireplace of the Oval Office, Biden selected seven portraits to display. Visiting dignitaries can see them while visiting him, and since it is straight across from Biden’s desk, he is able to look at them as visual reminders.

Above the mantel is a portrait of Franklin D. Roosevelt, who guided the U.S through World War II and developed New Deal policies that resurrected the economy during the Great Depression.

Then, on the left, are portraits of George Washington and Abraham Lincoln — the first and 16th Presidents, respectively. There is also a bust of Martin Luther King Jr. on a table. He was a civil rights movement leader.

And on the right, are portraits of President Thomas Jefferson and Treasury Secretary Alexander Hamilton side by side. On the same, at a table, there is a bronze bust of Robert F. Kennedy, who was President John F. Kennedy’s brother and an attorney general, senator, and Presidental candidate in the 1960s.

In detail, there is Abraham Lincoln, who guided the U.S through the Civil War, and Franklin D. Roosevelt, who was the leader during the Great Depression.

A sculpture made by a Chiricahua Apache tribe member was featured as well. This is a nod to Biden’s promise about including Native Americans in his administration.

Finally, Biden has “The Avenue in the Rain” painting hung up. This piece illustrates American flags on New York City’s Fifth Ave. It was displayed in the office under previous Presidents but Trump had removed it while he held the office.

If you have anything else to add about Biden military flags, leave a comment down below. Also, please share this article with other readers, such as your friends and family members. Thank you!

Before you leave, here are some photos of Biden’s newly decorated office, for your reference: