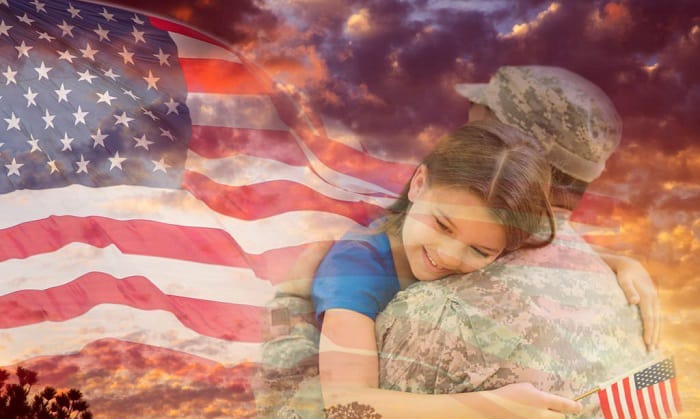 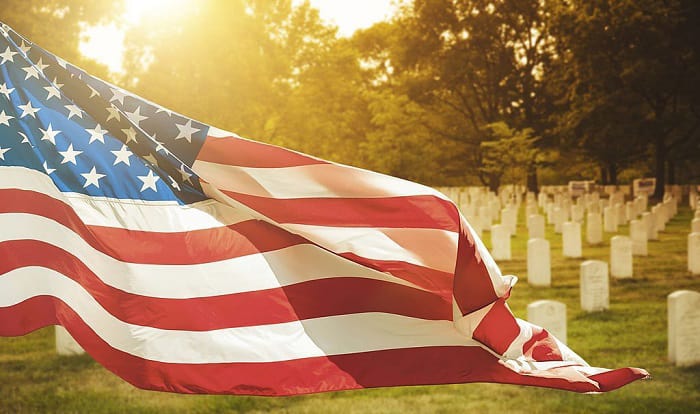 Memorial Day is a federal holiday. So, schools, libraries, federal and state offices will be closed. No mail deliveries occur on Memorial Day as well. Since it falls on a Monday, there is a 3-day break, named Memorial Day weekend. As a result, it is the unofficial mark for the start of summer.

Veterans Day is also a federal holiday. As such, it is a day off for the public, where schools and businesses are closed. The post office, banks, and other non-essential government offices will be closed as well.

Memorial Day is on the last Monday in May, while Veterans Day is on November 11.

On Memorial Day, you honor and pay tribute to those who have given up their lives while serving in the military, whereas Veterans Day celebrates everyone in service.

Parades are held across cities and towns. Large ones take place in Washington DC, Chicago, and New York.

Many individuals visit cemeteries and wear a red poppy, which is a tradition that emerged from a World War 1 poem (You can read it here).

Some also go on weekend trips and throw get-togethers or barbecue parties, starting from the Saturday and the Sunday before Memorial Day.

These can be done by others and not just Veterans on Memorial Day.

There are many events that are held during Veterans Day. Let’s explore them now!

Ceremonies and parades are hosted by Veterans organizations and charities locally.

This is the national ceremony held each year at the Arlington National Cemetery. It commences at 11:00 A.M with the procedure of wreath-laying at the Tomb of the Unknowns. The remainder happens in the Memorial Amphitheater. Usually, there are remarks from dignitaries and parades by Veterans organizations.

This is one of the larger parades. It would include over 300 marching units, 25,000 marchers, and 30 floats. Though certain aspects have been revised to adhere to COVID-19 protocols. You may see television specials, virtual lines of march, motorcades, etc.

This is a parade at the “official founding city” of Veterans Day: Emporia in Kansas. Unlike other cities, Emporia hosts an All Veterans Tribute Week from November 1 to 11. Included events are memorial service, tribute show, roundtable discussions, veteran artist exhibit, Freedom Fest run, and more. Here, you can also visit 4 small Veterans monuments:

The traditional Veterans Day program is as follows: 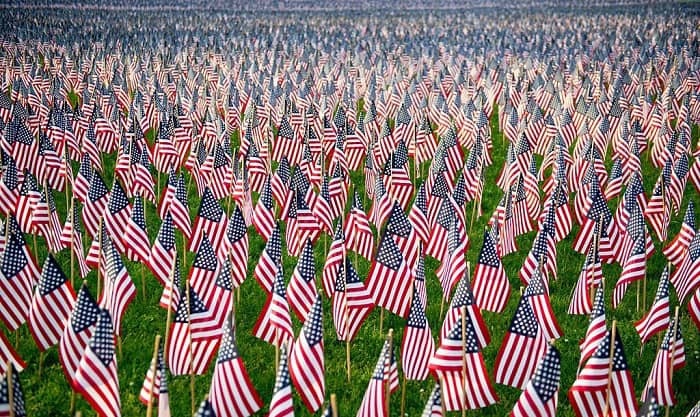 1. There are many customs regarding Memorial Day

The Boys Scout and Girls Scouts set a candle at each soldier’s gravesite at the Fredericksburg and Spotsylvania National Military Park. They do this on the Saturday before Memorial Day.

The 3rd Infantry placed a mini American flag at each soldier’s gravestone at Arlington National Cemetery. Then, they patrol for an entire day to make sure that the flags stay standing. They do this on the Thursday before Memorial Day.

All governors are requested by the President to direct the flag to be flown at half-staff until noon on Memorial Day. This happens on all grounds, buildings, and vessels. Citizens do this at their homes.

2. Veterans Day also has a lot of customs

This refers to a legislation passed in 2016 – All Americans across the nation pause voluntarily for 2 minutes to honor the sacrifice of Veterans at 2:11 pm Eastern Standard Time (EST).

Unlike Memorial Day, Veterans Day flags are not flown at half-staff.

The U.S flag is flown from sunrise to sunset on stationary flagstaffs in public and on buildings. If it is illuminated, the flag can be displayed for 24 hours on Veterans Day. It should be raised briskly and lowered ceremoniously.

Other etiquettes to keep in mind while flying the flag are:

Memorial Day started as Decoration Day after the Civil War. It was established by a Union vets organization named the Grand Army of the Republic. On May 5, 1968, the organization did this and appointed the day to be on May 30.

It is believed that the leader of the organization, General Logan, chose May 30th because flowers of both Northern and Southern states would have bloomed. However, some argue that he picked that date because it did not clash with any battle anniversaries.

It was meant to honor soldiers who had sacrificed in the Civil War. Then, after the First World War, Decoration Day was extended to honor all those who died in all American wars. Decoration Day became Memorial Day and was officially deemed a national holiday in 1971 via the National Holiday Act passage by Congress.

Veterans Day came about at the end of World War I instead of the Civil War, like Memorial Day. It was initially known as Armistice Day, which was the name honoring the final moment of the war: the 11ths day of the 11th month at the 11th hour when the armistice agreement was signed.

Eventually, though, through a Presidential declaration in 1954, Armistice Day became Veterans Day.

Hopefully, our article on Veterans vs. Memorial Day has been informative and interesting. Help us share this with other readers. Thank you in advance!