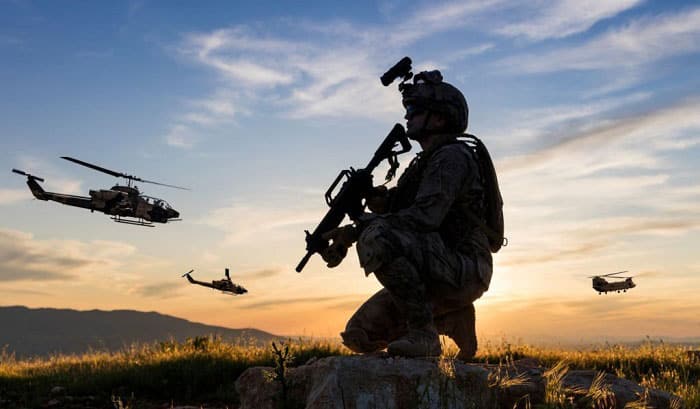 We often see and hear the words “military” and “Army” used interchangeably. However, they do not share the same meaning. Even though the two are closely related, there is a clear distinction between them. So, what is the difference between Military and Army?

We will tell you in the following paragraphs. Thus, make sure you read thoroughly until the end! 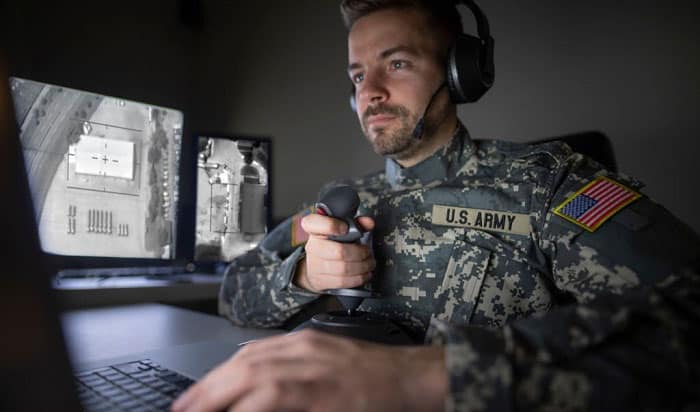 Is the military and Army the same thing?

No. Technically, the military and Army are not the same things!

The term “military” is used to refer to the U.S Armed Forces, as a whole. Thus, it is an umbrella term. The “Army” is one of the five branches that make up the U.S Armed Forces. As a result, it is a part of the military. The military is broad, encompassing the Army and four other branches: the Air Force, Marine Corps, Navy, and Coast Guard.

Note: The military recently established a new branch: the Space Force. So many places recognize the Armed Forces as having six military branches.

The military is headed by the President who doubles as the commander in chief. Currently, this position is held by President Joe Biden. Biden works with 2 federal executive departments: the Department of Defense (DoD) and the Department of Homeland Security (DHS) to craft military policies.

The Department of Defense (DoD) comprises of;

These civilian-led entities manage the coequal service branches within.

The military’s order of precedence is as follows:

This order is followed for service flag placement display and personnel formation.

The U.S dedicates a significant portion of its budget to the military. Last year (2021), the military received 706 billion dollars. In return, the military contributes about 3%-4% of the nation’s GDP.

Congress of the Confederation created:

All three’s origins trace back to their Continental predecessors. While,

The Army is a land-service branch founded in 1775, originally as the Continental Army. It is the oldest and most senior branch in the U.S military.

At the top of the Army are the SECArmy, chief military officer, and chief of staff of the Army. At present, these are held by:

The five core competencies of the Army are:

To carry out their duties, the Army is equipped with weapons and vehicles, as follows:

Other vehicles include helicopters, planes, and drones.

The Army is recognizable with green uniforms and berets or patrol caps.

Compared to the other branches, the Army has the highest number of active personnel. In 2021, the Army population is over 1.4 million.

Personnel within the Army each fulfill a particular job, known as a MOS (Military Occupational Specialty). There are about 190 different MOSs for Army enlistees to choose from. The MOS is denoted as a 3 digit code, where the first 2 digits stand for the field and the last for the specific job in the field.

Here are some of the most common MOSs:

Infantry Branch (11) – You will be a part of the main combat force, fighting enemy forces on the ground.

Corps of Engineers (12) – You will be taking part in building systems, civil works programs, etc.

Cyber Operations (17) – You will operate offensive and defensive operations to safeguard data and networks.

Signal Corps (25) – You will be providing communications between ground troops and those in helicopters over combat zones,

Financial Management (36) – You will be receiving and posting funding documents to accounting and budgeting systems.

Chaplain (56) – You will be soldiers’ counselor and provide them with support during their time in service.

Medical (68) – You will provide medical care to military members and their families. There are a few concentration medics you can choose from, such as dental specialists, pharmacy assistants, and operating room specialists.

Transportation (88) – You will be responsible for operating, repairing, and maintaining transport vehicles in the Army. This includes moving troops, equipment, and supplies.

Commissioned Officers – Are those with pay grade from O-1 to O-10 and OF-1 to OF-10. Their titles are the following (respectively):

Warrant Officers – Are those with specialty or expertise in a specific area, addressed as “Mr.” or “Ms.” (by senior officers) and “sir” or “madam” (by enlisted personnel). They are those with pay grades W-1 to W05 and WO-1 to WO-5. There titles are:

Enlisted Personnel – Are those with pay grade from E-1 to E-9 and OR-1 to OR-9. Their titles are:

Also, check this video below to know what is the difference between military and army:

As you have read, the military is a word used to refer to the entire Armed Forces, while the word Army is only a subset and one of the many branches making up the military. More specifically, it is the land service division of the military.

Although the words are sometimes used interchangeably, they are not the same. It is important not to be confused between Army vs. military. Hopefully, this has been helpful! Please share this with other readers, and leave any thoughts or questions in the comments. Thank you!