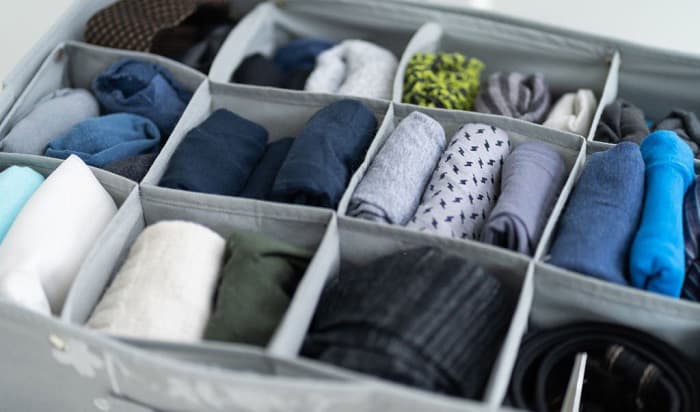 In the military, personnel fold underpants using the Ranger Roll method. It is an excellent way to keep everything neat and organized. When they wake up in the early morning, they would not have to waste any time rummaging through their drawers for a pair of underwear.

It is such a great method that they use it for other clothing items too. You can find military-rolled shirts, pants, socks and underwear folding methods below.

Keep reading to learn how to fold underwear military style. 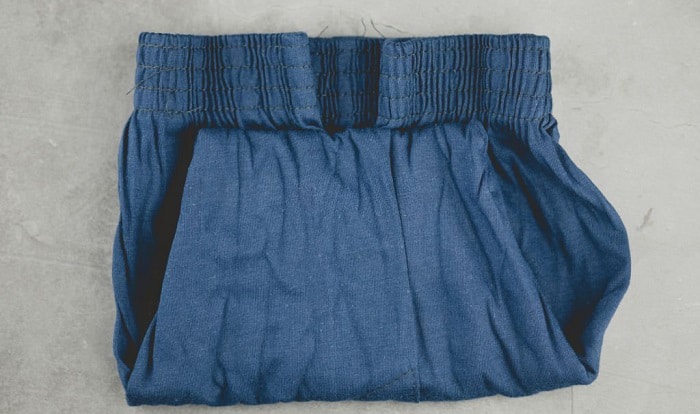 Even though most things are difficult in the military, it is simple to ranger roll underwear. In the step-by-step guide here, we will walk you through how it is done.

Lay your boxer briefs on a clean and flat surface, face-up. Then, run your hands through it to smooth out any creases and wrinkles.

Step 2: Flip and Pull Down the Waistband

To fold boxers briefs, grab the waistband and flip it inside out. Once you have done this, you should see the inner side.

Next, pull the waistband down 5 cm (2 in) from the top. See to it that the waistband is at the same point around the entire pair of boxers. In addition, flatten and smooth out any creases and wrinkles.

Take the left leg of the boxer briefs and fold it inward, towards the center. The edge should rest on the center and in between the two legs.

Now, take the right left and fold it inward, overlapping the center and reaching the left side. You can rest the edge on the opposite edge of the boxers.

That being said, make sure the two edges form a straight line. You should flatten and smooth out any creases and wrinkles again.

Step 5: Roll Upwards and Towards the Waistband

Take the bottom of the boxers with both hands. Slowly roll it upwards, towards the waistband. It is important that you keep the fabric tight.

Re-adjust your hands whenever the roll feels uneven or loose and press down with moderate pressure once in a way to push out any air in the folds.

After getting a firm roll in step 5, hold the rolled portion in one hand and use your other hand to hold the waistband open.

Then, tuck the rolled portion inside the waistband. Secure it inside by pulling the waistband down a bit. That’s how you get a rolled-up folded underwear pack.

Other Ways to Fold Underwear 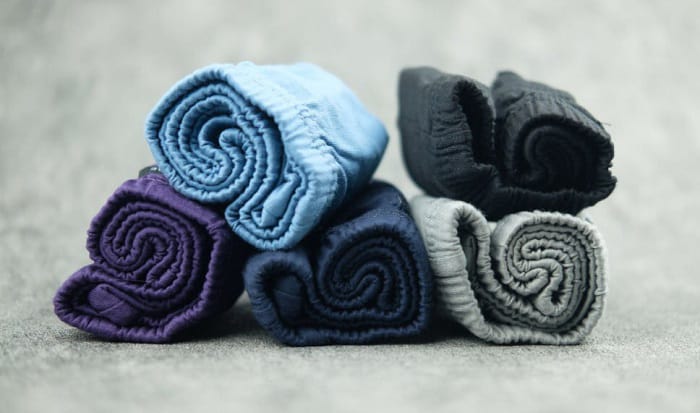 There are other methods that you can try for mens’ underwear packaging: 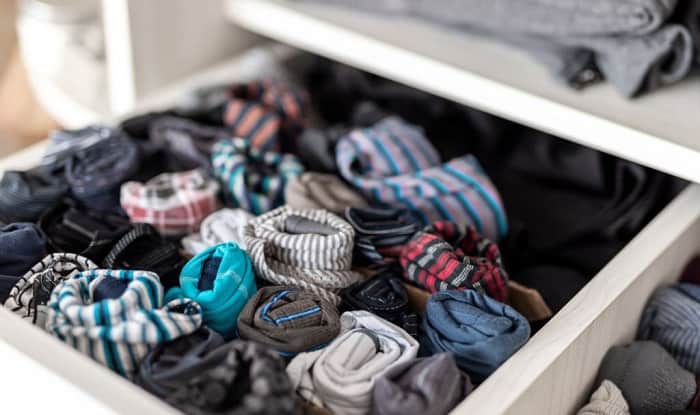 Why Should You Ranger Roll Underwear?

The ranger roll folding is among great underwear folding hacks due to several reasons:

You can fold boxer shorts using the Ranger Roll method we described above. If you often practice and get used to the process, you can fold military roll shorts in under 3 minutes!

How do you fold underwear in the Air Force?

You ranger-roll all your clothing items in the Air Force, including your underwear. This is sometimes also called a military roll or Army roll (Despite being used across service branches!)

You can get a compact roll with this method. It is easier than other methods like folding undies into a rose.

The best way to fold boxer briefs is using the Ranger Roll method. You can easily and quickly fold your underwear this way.

Ranger rolling underwear is easy and quick to keep your undies neat and organized. Or you can choose among the methods above, whichever is the most convenient for you.

Feel free to message us if you have any questions. And do not hesitate to share this article to help others learn how to fold underwear military style.