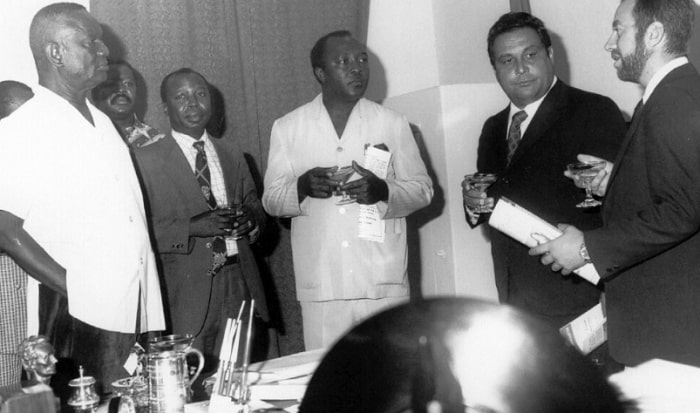 How did Sierra Leonean President Siaka Stevens regard the Sierra Leonean military? There is no public disclosure, but it is easy to assume that his regards were not positive. After all, just a few hours after APC —his political party — won the general election in 1967, it was overthrown in a military coup. There is more to know about Siaka Stevens, though. Read on!

A Bit of Background Context

1. Who was Siaka Stevens?

Siaka Stevens’ political party was the All People’s Congress (APC).

He was born on August 14, 1905 in Moyamba, British Sierra Leone. His full name is Siaka Probyn Stevens. Stevens’ father was a Limba and his mother was a Mende. Stevens died on May 29, 1988 at the age of 82 in Freetown, Sierra Leone.

Stevens studied at Albert Academy and eventually entered the Sierra Leone Police Force, where he rose to the First Class Sergeant and Musketry Instructor rank in 7 years (between 1923 and 1930).

He worked on the DELCO Sierra Leone Development Company railway from 1931 to 1946, and in 1943, he co-founded the United Mine Workers Union. In 1946, he was assigned to the Protectorate Assembly, and in 1947, he enrolled in Ruskin College to study labor relations.

In 1951, he co-founded the Sierra Leone People’s Party and was part of the Legislative Council. In 1952, he was elected to be the first Minister of Mines, Lands, and Labor.

Later, he broke ties with the leaders of SLPP and co-founded the People’s National Party and served as the first secretary general and deputy leader. Ultimately, though, he was expelled from the PNP.

To make sure he would not be shut out of the political process, he then launched the EBIM, short for the Elections Before Independence Movement.

In March 1967, when general elections were held, the APC won and Stevens became Prime Minister. But a few hours into the taking office, he was arrested in a military coup. The coup was led by David Lansana, who was the first indigenous commander of the Sierra Leone military in the colonial era.

2. Who was David Lansana?

He became commander of Sierra Leone’s Army in 1964, and he was close friends with Alber Margai. But Margai (and his party) lost the elections in 1967 against Stevens and APC. Determined to appoint Margai Prime Minister, Lansana led a military coup just hours after Stevens assumed the post. Specifically:

However, his decision was not popular, especially with Lasana’s fellow Mende officers. They did not think that the Army should be used as a tool for the internal government. Hence:

Lansana and his sister in law (Paramount Chief Ella Koblo Gulama) were charged for treason and kept at Pademan Road Prison. They were also charged with conspiracy with Margai.

The evidence was a meeting with all three on March 19, 1967 where Margai said he did not want to lose his officer and was even considering military intervention.

Gulama was a minister in Margai’s government and the hereditary ruler of the Kayamba District. It was reported from office even if the APC won, but she was eventually released from Pademan Road Prison because the charges against her were not solidly proven.

On the other hand, Lansana was detained at the prison and ultimately executed by hanging (July 19, 1975). He was executed along with Mohamed Forna (ex Minister of Finance), Ibrahim Bash Taqi (Lieutenant), as well as Bai Makarie N’silk (Paramount Chief).

Stevens resumed the post as Prime Minister in April 1968. Three years later, a republican constitution was introduced and ratified by the House of Representatives.

Chief Justice Christopher Okoro Cole became interim governor general and then, he served as President for two days when the republic was officially inaugurated. After that, he resigned. Stevens took his place as President of Sierra Leone, with complete executive and legislative powers.

In 1976 Stevens was re-elected as President. He consolidated his power throughout the 1970s and finally culminated it for a new constitution in a 1978 referendum. This would create a one-party state where only the APC was the legally permitted party.

Two years later, Stevens was sworn in for an extra term of seven years.

His regime was corrupt and repressive. Many of his opponents were imprisoned and killed. He even has a personal death squad — a gang of unemployed urban youths supplied with drugs — called the Internal Security Unit.

Stevens mismanaged the economy. He and his close associates looted state resources and left it unable to supply basic services. His impact on political, social, and economic policies also directly contributed to the Sierra Leone Civil War in 1991.

Stevens retired from office in November 1985. He was succeeded by Major-General Joseph Saidu Momoh and died three years later on May 29 in Freetown. 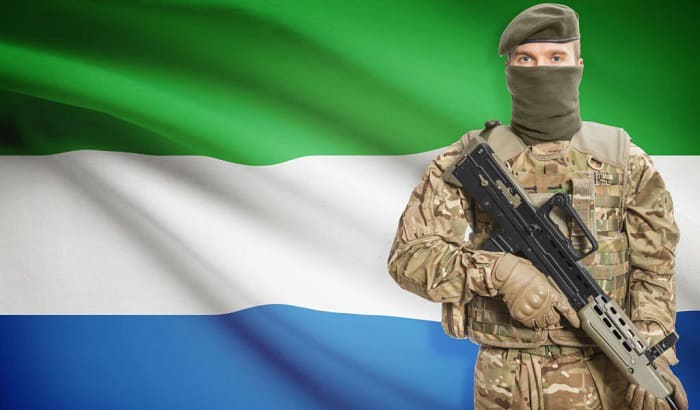 Given what happened to Stevens upon being appointed Prime Minister in 1967, it is presumably that he did not regard the Sierra Leonean military highly.

If you have any other thoughts you would like to share on this topic or follow-up questions to ask, feel free to leave us a comment. We would love to hear from you.