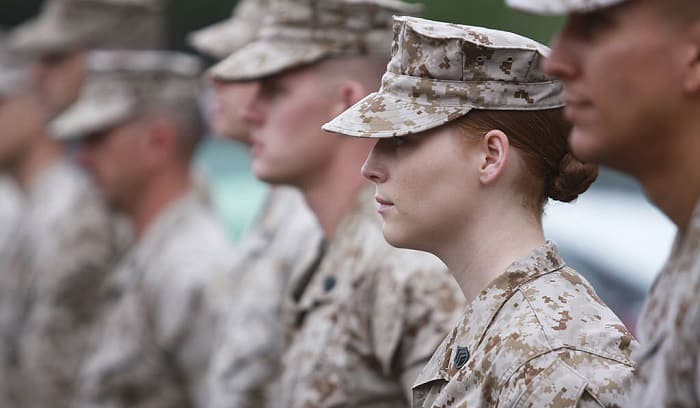 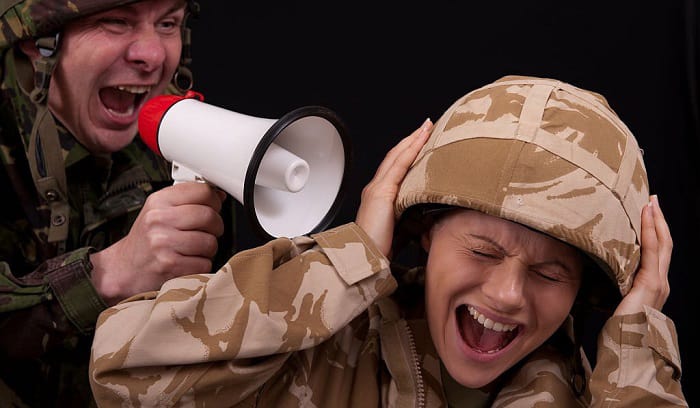 In a study by the RAND Arroyo Center based on a 2018 dataset (Workplace & Gender Relations Survey of Active Duty Personnel), it was found that:

Both women and men get disfavored discussions of sex and sexual jokes. But more women than men reported experiencing discrimination and harrasment on more than one occasion.

For both women and men, the perpetrators are almost always male enlisted soldiers and the victim’s peers. However, women are more likely to be sexually harassed by a direct supervisor or another higher ranking member in their chain of command. Women also face more persistent advances – 48% compared to 39% of men – across a broader range of settings.

The prevalence (and unfortunately, normalization) of gender discrimination in the military crafts a negative perception of women in general and results in a toxic environment.

The harassments for either gender most frequently occur during military activities on-base and share similar stats throughout installations.

As you have read, sexual harassment is a form of gender discrimination. In the military, the term military sexual trauma: MST is used to refer to sexual assault or harrassment during service. The VA (Department of Veterans Affairs) in 2019 reported that 23% of women reported sexual assault and 55% reported some type of sexual harrassment.

Similar to Rand’s findings, the DACOWITS (The Defense Advisory Committee on Women in the Services) found that women in junior ranks, particularly those in entry-level pay grades from E-5 downwards fronted more instances of gender discrimination in the military and MST.

Sexism in the military facts is one way to glimpse into the stark reality of the issue.

Real Stories of Women in the Military About Harrassment & Gender Discrimination

Here are a few personal stories that women in uniform have shared about harassment:

Once, a male shipmate placed a camera in my bathroom and set it to record when he got into my barracks room. When I found out, I took it to my male chief, and he told me he would get to the bottom of it. But later, I was told by another shipmate that the company office had passed the camera around and everyone watched me naked, getting into and out of the shower.

In 2015, I was sexually assaulted. I did report it until 2017 because I was scared that I would not be believed or, worse, be deemed a “troublemaker” in my platoon. I was fortunate enough to go to counseling for depression, anxiety, and PTSD — from the assault. Many days, I contemplated suicide because the pain I felt was nearly unbearable. To this day, I still have nightmares of the assault.

In my unit, I was treated rather horribly. Predation and hazing were prevalent. Being a woman in the military is basically signing a sexual assault and harassment contract. You will be mistreated, judged, harassed, assaulted because you have a vagina in a world full of penises. One “mistake” can take away years of work that you have put in. I say mistake in quotation marks, because that “mistake” could be reporting an assault that actually happens. Then you are a “snitch,” and a “liar,” while the man gets to brag about it.

Another popularly-cited story is of a Marine Lance Corporal who was attacked by an Air Force member and had reported it. Her case went to a preliminary hearing, but it was dropped after an Air Force officer with decision-authority decided to not move forward with it. She ended up getting discharged for PTSD related to the incident.

Her story brings to light one of the biggest issues in the system “attempting” to address sexual harrassment in particular, and gender discrimination in general.

Squeezing in sexual-assault prevention programs is not the answer, nor is trusting commanders with figuring out a solution.

More women need to be promoted to leadership positions. Their voices need to be amplified and their input must be valued. For this to happen, the military has to bridge the gender gap, and the unique challenges that women face in the military must be minimized.

These challenges include retention and transition assistance.

Women’s Unique Challenges in the Military

At the junior and mid-field grade, more women leave the military than men. The main reason is these women do not perceive that the military supports their roles as mothers and are not treated as equals to their male counterparts.

Many female veterans have trouble adjusting back to societal expectations upon discharge. They also tend to report poorer physical and mental health, specifically from PTSD as a consequence of military sexual trauma (MST).

Although there is currently the Women’s Health Transition Pilot Program, this is only a one day supplemental workshop offered by the Air Force. It really should be expanded to be available for service women in all of the branches.

Now that you have reached our closing remarks, you should know the answer to, “How do men and women experience gender harassment differently in the military?” Hopefully, the details and stats we have provided were helpful. Do you have any other questions or thoughts on this topic? If yes, please leave them with us in the comments below. We would love to hear from you! Also, help us share this article with other readers, like your family members and friends. Thanks for reading, too!