We are all aware that the military serves in the name of our country and for the wellbeing of our lives. We are also familiar with the idea that soldiers fight for our freedom.

However, most of us do not know the specifics of how our armed forces actually do this. Thus, the question that arises here is “How does the military protect our freedom?”

Join us in exploring this topic in detail. We will take you through the roles of each of the branches in the military: the Army, Air Force, Navy, Marine Corps, and Coast Guard.

The Role(s) of the Military

The military has five main branches: the Army, Air Force, Navy, Marine Corps, and Coast Guard. Each of the branches has distinct missions, as follows: 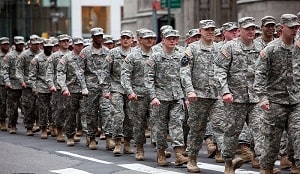 The Army is responsible for preserving peace and security—providing the necessary defense for the U.S, Commonwealths, and possessions or other areas occupied by the U.S.

Furthermore, the Army supports national policies, implements national objectives, and overcomes any aggressive acts from nations that threaten the U.S’s peace and security.

These mission statements can be found in Section 7062 of Title 10, U.S. Code.

The Army does this with 5 core competencies.

Within the army, there are elite units and groups, such as the Special Forces and Army Rangers, who engage in specialized training for advanced combat situations, should they arise.

The Army has domestic bases as well as stations beyond the United States. In detail, there are permanent installations in Asia, Europe, the Middle East, and Africa. 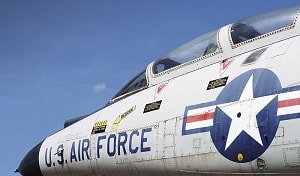 The Air Force’s core missions include:

Also known as global integrated ISR, this is the syncing of various assets across the world to carry out operations. It specifically includes collecting, processing, analyzing, and disseminating information for military decision-makers.

This is the degree of dominance in an air battle that allows for the conduct of operations at a time and place without prohibitive interference by opposing forces.

Somewhat self-explanatory, this is the movement of military components globally. In detail, it refers to timely augmentation, deployment, employment, and sustainment for the success of strategic, operational, or tactical goals. This can include airlifting, air refueling, aeromedical evacuation, etc.

This refers to a designated commander exercising authority and direction over assigned forces in accomplishing a mission.

There is a strategic level, operational level, and tactical level of command and control. Personnel, equipment, facilities, communications, and procedures are used to plan, direct, coordinate, and control both forces and operations.

This refers to attacks, which include precision attacks and strategic attacks. In addition, there are air interdiction, close air support, and nuclear deterrence missions.

These core missions all work towards ensuring global vigilance, reach, and power. 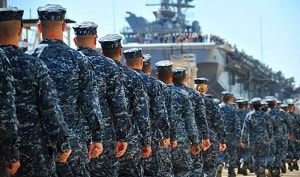 The Navy is the maritime or seaborne service branch of the U.S military. It has roughly 336,978 active duty personnel, 101,583 ready reserve personnel alongside over 3,700 operational aircraft and 290 deployable combat vessels.

The Navy is in charge of preparing naval forces for wartime, maintaining naval aviation, air transport, air techniques, and air weapons for the Navy’s operations and activities, as well as developing aircraft, tactics, techniques, weapons, and equipment for naval combat and service.

Like the other branches, the Navy has 5 primary functions, which are sealift, sea control, power projection, maritime security, and deterrence.

Most of the Navy’s bases are within the United States, but there are a few facilities abroad as well. 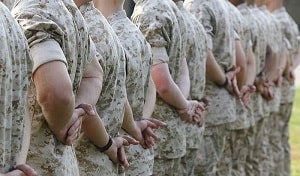 The Marine Corps is the marine land service branch of the U.S military. Its main task is to carry out expeditionary and amphibious operations. The 3 key areas of responsibility for the Marine Corps are

(2) Development of equipment, techniques, and tactics to be used in amphibious landing forces, the Army and Air Force

These are also stated in the 10 U.S.C, and previously, under the National Security Act of 1947. 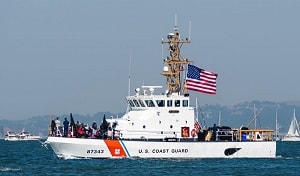 The Coast Guard is the multi-mission—maritime security, search and rescue, and law enforcement—service branch of the U.S military.

It has some 40,992 active duty personnel, 7,000 reserve personnel, and 8,577 civilian personnel. It is also informally referred to as the “Coasties” or “The Guards”.

So, what does this tell us about soldiers fighting for our freedom? As mentioned briefly earlier, the military protects our freedom from fear and freedom from control. This is done thanks to the collective effort from all the above-mentioned branches.

The military is established to protect a nation and its people.

Now that you have the complete answer to “How does the military protect our freedom?” you can better understand and deeply appreciate what soldiers do for you. The next time you pass a veteran or active duty service personnel, be sure to thank them.

Hopefully, you have found the information you need from this article. If there is anything else you want to share regarding this topic, let us know in the comments below. We are excited to hear your thoughts!