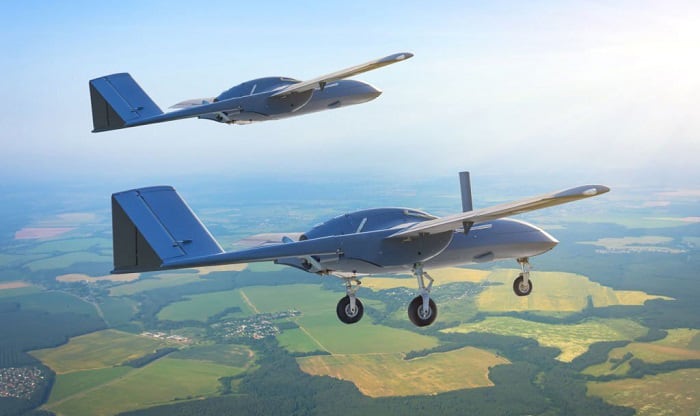 How high do military drones fly? Military drones or, more generally, “unmanned aerial systems (UAS)” can be low-altitude or high-altitude.

A military drone’s max altitude and drone altitude limit are impacted by its size and capability.

Their nominal operating altitudes can range from 1,200 feet above ground level to over 18,000 feet flight level, while their service ceilings can be between 50 and 60,000 feet.

In comparison, a civilian drone, such as the Mavic 2 Pro’s max altitude (for takeoff) is roughly 1,900 feet and the DJI Mini 2 maximum altitude is 400 feet above ground level.

The highest flying drone for commercial use is a bit more than 22,000 feet. But per FAA regulations, the maximum allowable altitude for commercial high-altitude drones is 400 feet above ground level.

We will go into the details below, so keep reading!

As said above, how high a military drone flies depends on its size and capability.

The U.S. Department of Defense (DoD) groups unmanned aerial systems (UAS) that are used to support tactical, operational, and strategic operations according to their size and capability.

There are 5 categories in the system, named:

The maximum weight of drones in this group ranges from 0 to 20 pounds. The speed measured in knots is 100. Examples include the Puma, RQ-11 Raven, and WASP. Group 1 drones have a nominal operating altitude of more than 1,200 feet above ground level.

The Puma’s full name is AeroVironment RQ-20 Puma. It is used for surveillance and intelligence. The unit is equipped with an electro-optical and infrared camera for the purpose. Over 1,000 have been built since its introduction in 2008. 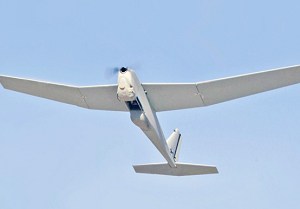 This small drone is used by the U.S. Army, Air Force, and Marine Corps. It is made by AeroVironment and was first introduced in 2003. It can fly up to 10 km at altitudes of roughly 150 meters above ground level, and more than 4,500 meters above mean sea level. Its flying speeds range from 45 to 100 kilometers per hour. 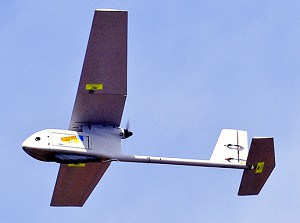 This is a mini drone used by the U.S. Air Force and Marine Corps. Its full name is AeroVironment Wasp III, and it is designed for delivering beyond-line-of-sight situation awareness. There are two cameras on board, a GPS, and an Inertial Navigation System. Its service ceiling is 50 to 1,000 feet (equivalent to 15 to 333 meters) above ground level and 10,000 feet (equivalent to 3,333 meters) mean sea level (MSL).

Drones in the group can weigh from 21 to 55 pounds, and their speeds can reach a max of 250 knots. The nominal operating altitude for Group 2 drones is over 3,500 feet above ground level. The ScanEagle, SIC5, and Aerovel Flexrotor are examples of these drones.

This is a small drone built by Insitu for reconnaissance. Its full name is Boeing Insitu ScanEagle, and it is used by the U.S. Navy and Marine Corps. Aside from the U.S., it is used by the Royal Australian Navy. The drone was first flown in 2002. Its service ceiling is 19,500 feet or 5,950 meters. 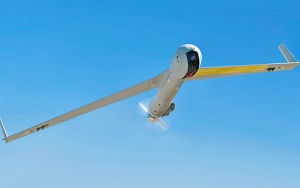 This is a drone made by Aerovel for maritime and land-based operations. It can function day and night, as well as in all types of weather. The Aerovel Flexrotor can reach altitudes of 6.5 kilometers while staying aloft for 30 hours.

This drone is used by the U.S. Army, Australian Army, Italian Army, Swedish Army, and Turkish Air Force. Its purposes are extensive, from surveillance and reconnaissance to target acquisition and battle damage assessment. The RQ-7B Shadow’s service ceiling is 15,000 feet or 4,600 meters ELOS. 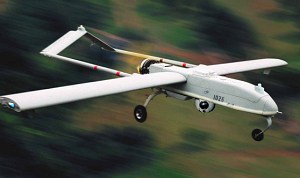 This is another drone made by Insitu. It is a supplement to the previously-mentioned Boeing ScanEagle. Introduced in 2014, it is still in service today with the U.S. Marine Corps and Navy. It can fly at speeds up to 170 kilometers per hour and its service ceiling is 19,500 feet or 5,900 meters. 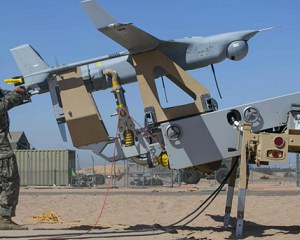 This is a runway-independent tactical reconnaissance drone acquired by Aerovironment. Its max speed is 139 kilometers per hour and its range is 89 kilometers. The Arcturus T-20 can endure over 24 hours and it has a rated service ceiling of 15,000 feet or 4,600 meters.

As with Group 3 drones, the minimum weight for drones in Group 4 is 1,320 pounds. They can fly at any airspeed and their nominal operating altitude is over 18,000 feet flight level (FL). The MQ-8B Fire Scout, MQ-1A/B Predator, and MQ-1C Gray Eagle are considered Group 3 drones.

Northrop Grumman developed this unmanned autonomous helicopter for the U.S Navy reconnaissance, situational awareness, aerial fire support, and precision targeting support. It can perform at a maximum speed of 213 kilometers per hour and its service ceiling is 20,000 feet or 6,100 meters. 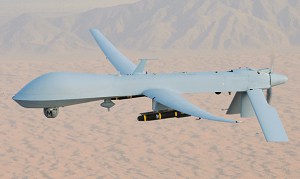 This is a medium-altitude unmanned aircraft system made by General Atomics Aeronautical Systems. It was introduced in 2009 and has been used by the U.S. Army since. Its service ceiling is 29,000 feet, which is equivalent to 8,839.2 meters. 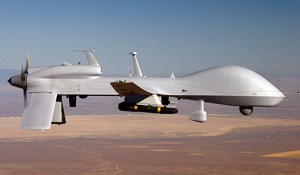 This high-altitude unmanned aerial vehicle operates as a surveillance and patrol aircraft for the U.S. Navy. It is also used by the Australian Air Force. The MQ-4C Triton’s service ceiling is 56,000 feet and its maximum speed is 575 kilometers per hour. 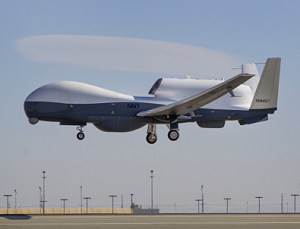 This is a General Atomics unmanned combat aerial vehicle that serves the U.S. Air Force and Customs & Border Protection. It is used by the Royal Air Force and the Italian Air Force as well. The MQ-9 Reaper is a high-altitude UAV with a service ceiling of 50,000 feet or 15,420 meters. 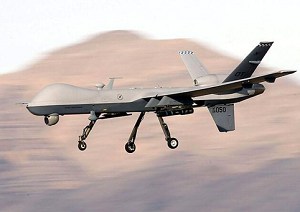 This is another high-altitude unmanned aerial vehicle. It is used by the U.S Air Force for surveillance and reconnaissance. It was first produced in 1998 and continues to be in service today. It has a service ceiling of 60,000 feet or 18,000 meters. 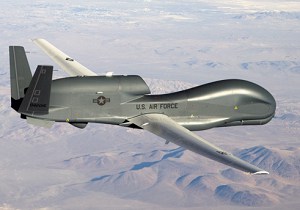 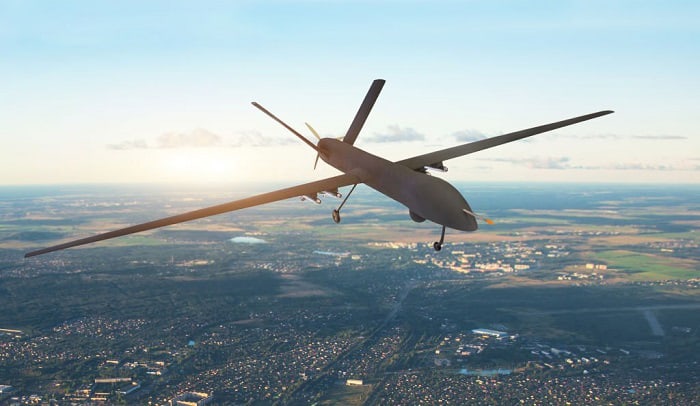 This is an unmanned combat air vehicle made by General Atomics Aeronautical Systems. It is used by the U.S. Air Force. The Avenger’s service ceiling is 50,000 feet, which is equivalent to 15,240 meters.

This is an unmanned combat aerial vehicle used for demonstrations. It is used by the U.S. Navy in the UCAS-D program. Its service ceiling is 40,000 feet or 12,000 meters.

This unmanned aerial vehicle is used by the U.S. Air Force and the CIA. It has seen action in Afghanistan, South Korea, and Iran. The RQ-170 Sentinel is still currently in service. Its service ceiling is 50,000 feet, which is roughly the same as 15,000 meters.

The U.S. military recently signed a $20.2 million contract with Skydio for X2D drones. These will serve as scout drones for the Army’s Short Range Reconnaissance (SRR) program.

The Skydio X2D is listed alongside the highest altitude quadcopters with cool artificial intelligence tools. It has a service ceiling of 8,000 feet.

Now you know the answer to, “How high do military drones fly?” The nominal operating altitude of these drones can vary from 1,200 feet above ground level to more than 18,000 feet at flight level. On a different note, their service ceilings can be between 50 and 60,000 feet.