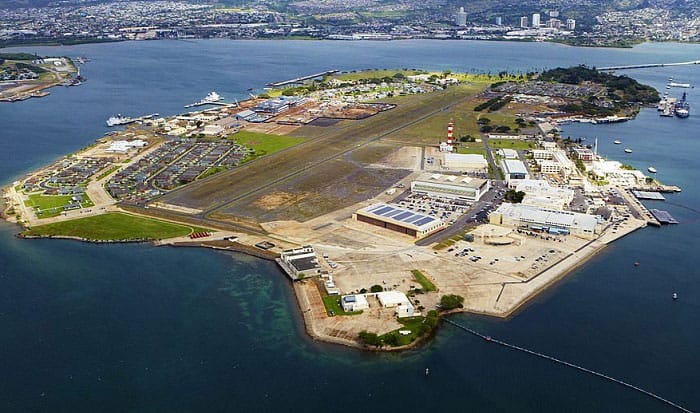 Florida, known for its amusement parks, beach resorts, and orange orchards, is also the state for the U.S National Defense Program. It has a total of 21 bases — 6 Air Force bases, 1 Army base, 1 Marine Corps Base, 3 Coast Guard bases, and 11 Navy bases. Aside from answering, “How many military bases are in Florida?” find detailed information about each base below! 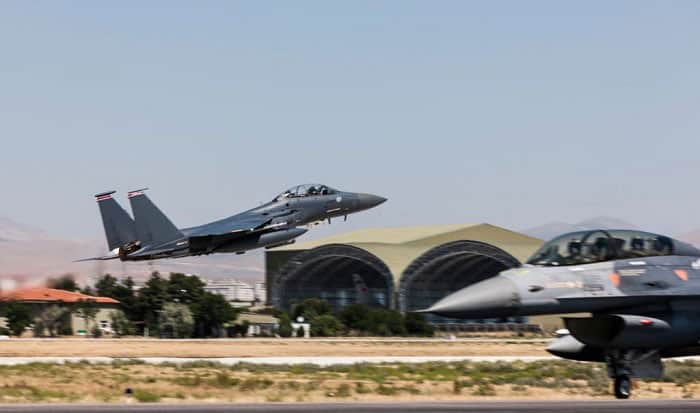 This base serves as one of the 3 centers under the Air Force Material Command and as the home station of the Air Armament Center.

This base used to be a training facility for the Army Air Corps. After the Second World War, the base became a site for developing and testing missiles, as well as training and flight maneuvers.

This base was previously an air-field and launch-and-testing site. After 1974, it became a place for special operations training.

This was originally a Naval Air Station, transferred to the Air force in 1948. In 1991, it was taken over by the 45th Space Wing.

This base focuses on providing training for pilots, battle managers, maintenance personnel, and intelligence officers as well as crew and enlisted air traffic controllers. It also hosts tenant orgs.

This base was initially a gunnery training center for the Army. It went inactive after the Second World War but after 1947, was renamed and re-designated to the Air Force as a pilot instructor school.

This base in western Florida supports air fueling operations and hosts ~3,000 airmen alongside more than 12,000 military staff of some 50 mission partners. It also concentrates on countering worldwide terrorism.

Before it was a military base, it was a facility of the Air Defense Command responsible for the U.S defensive air strategies. After the Second World War, its control was transferred to the Air Force and played a key role in preparing for the Invasion of the Soviet. Training operations ended in 1990.

This base serves as a stage for palliation efforts and operations in the southern hemisphere and provides assistance in natural disasters.

This base was first established as a stop on an air route. Due to hurricanes, it was rebuilt again and again but remained active and strong until today.

There is only one U.S Army base in Florida: Camp Blanding.

There are a few live-fire ranges, multiple small arms ranges, one crew combat range, and four ranges for entire platoons practicing combat scenarios. Moreover, there are three maneuver areas with buildings, a tunnel, and a bridge for simulations. Finally, there is a target area for strafing and bombing training.

The base works with the Drug Enforcement Agency and the Office of Immigration & Customs Enforcement provides HH-60J and MH-60T Jayhawk helicopters to combat drug and human smuggling in the waters.

This base started as a small station in 1934. Despite its young age, since the 1980s, it was praised for supporting surface fleets and other resources for various operations. In 1987, it evolved to be the largest operating air station in the Coast Guard.

This base provides military troops with services they need, such as housing facilities, healthcare services, etc. Essentially, it serves as an integrated support center.

This Miami base was commissioned in 1996 and was restructured and modernized many times throughout the years.

This base’s main purpose is providing maritime ships maintenance operations. Even though it is not necessarily powerful from a “military action” perspective, it is a significant logistics base. It is also in charge of planning, coordinating, and executing MPF (Maritime Prepositioning Force) logistics procedures.

This base was constructed in 1989 around a camp founded earlier in 1942. A total of 215 million dollars were invested for its development and upgrades over the years.

The center houses training centers and schools to support the Department of Defense.

It was first built in 1923 and used as a training center since then and throughout the First World War and the Korean War. After 1958, it was dis-established, and in 1960, it was converted into a place first for schools, and later, also training centers.

This is a military airport about 6 kilometers from the business district of Jacksonville. It is the second-largest military base in South Florida. It trains pilots and devises the techniques and techs for anti-submarine warfare.

This base was established in 1917 as Camp Joseph. E. Johnston. It was deactivated after the war and reactivated 10 years later as Camp J. Clifford R. Foster.

This base was established in 1832, grew much in the Mexican-American and Spanish-American Wars, and became a naval air station in 1940. Throughout the years, it had many objectives like supplying oil to fleets, providing year-round training, and helicopter training, among others.

This base provides training for pilots. It is also responsible for changing aircraft and supporting the Armed Forces, as a whole.

This base provides advanced training for the Navy, Marine, flight officers, and coast aviators. It also houses the Blue Angels.

This base hosts about 35 ships and serves as a local airfield supporting any and all aircraft with its 2,500-meter asphalt runway.

This base was built in 1939 when the Navy was looking for a place for a Navy base. It was active in the Second World War, the Korean War, and the Vietnam War.

This base conducts tests and provides training for undersea techniques, serving as an advanced laboratory.

This was built in 1958 to serve as an area for weapons and equipment testing as it protected against natural disturbances. It was constructed from 1964 to 1974.

As suggested in its name, this is a hospital for the Armed Forces. It is one of the five satellite branch clinics in Florida and Georgia.

This is a 175-year-old military medical facility. It supports the Pensacola Air Station inhabitants.

This base prepares military personnel to be ready for war. It supports the Navy and Department of Defense, as a whole. Some of the units that it hosts also handle research operations.

As you have read, the answer to “How many military bases are in Florida?” is 21. There are 6 Air Force bases, 1 Army base, 1 Marine Corps Base, 3 Coast Guard bases, and 11 Navy bases. What did you think of this article? Let us know in the comments. Also, please share it with others!