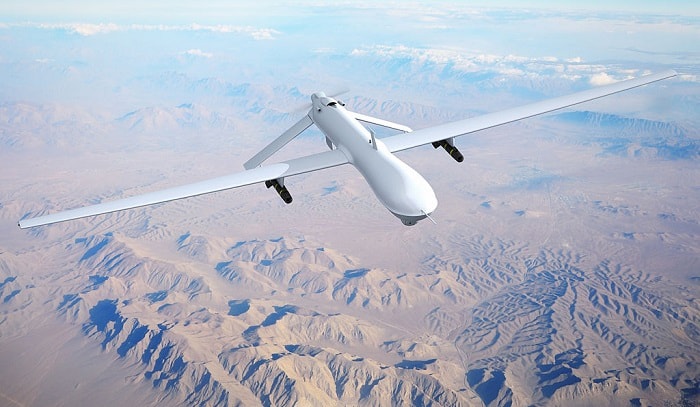 Drones play an important role in the military. Although they are incredibly advanced in terms of power and technology, they are quite expensive. How much does a military drone cost? Take your guess! If the number you have in mind is below $1,000, sadly, you’re not very close to the right answer.

According to Wikipedia, most military drones range from some thousand dollars to tens of millions of dollars. For comparison, an ordinary “toy” drone that you can get online or offline costs anywhere between $25 and $250. Slightly more professional ones can be just under $1,000.

Cost of a Military Drone

As we have said earlier, U.S military drone costs can range up to tens of thousands of dollars. In detail, the common Predator drone that the military is known to use (in Iraq and Afghanistan) is roughly 40 million dollars per system. Here is what the pricey Predator drone looks like: 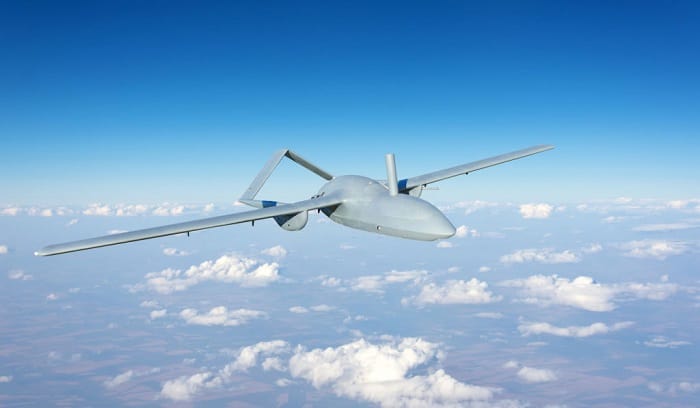 These are super small, “insect-sized” drones that you often see in blockbuster movies. Despite being tiny in size, these drones are fully equipped with high-tech cameras for surveillance, and can usually send image data back to their terminals digitally.

These are small (but not as small as micro-drones and nano-drones) and lightweight. They can be carried by soldiers in pockets to be tossed up into the air. An example is the FULMAR. It is able to fly for 12 hours at a max range of 90 kilometers. Another example is the Raven, which can cost more than $35,000 per unit; it looks like this:

Heron is this type of drone. It is used by the U.S, Canada, Australia, Turkey, Morocco, and India, for reconnaissance use. 1 Heron and 1 ground station cost about $140 million.

These are the more well-known military drones, in the U.S Armed Forces, particularly. They are run by pilots on the ground through a satellite link-up. These types of drones are usually armed and sent for extrajudicial killing missions.

A popular example is the Global Hawk, which is operated over conflict zones and can fly at an altitude of up to 18,000 meters. The Global Hawk scans mobile phone calls for surveillance of signals rather than combat, though.

Reaper drones carry laser-guided bombs and other types of air-to-surface missiles to serve the U.S Armed Forces. They can fly for over a thousand miles and operate non-stop for 14 hours. The UK, Netherlands, France, and Spain air forces also use Reapers. A Reaper costs about $32 million!

Here is a recap of the cost of drones we have mentioned: 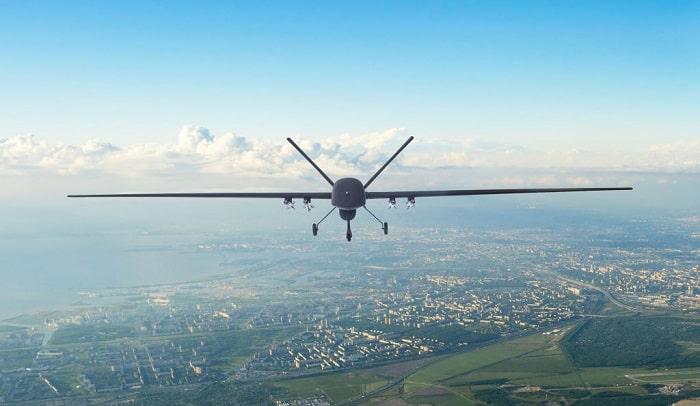 So, why are military drones so expensive? To answer this, we must look at them next to typical civilian drones.

The size of the global military drone market is projected to reach $23.78 billion by 2027 (based on data from Globe Newswire) But if they are so pricey, why do militaries still use them? 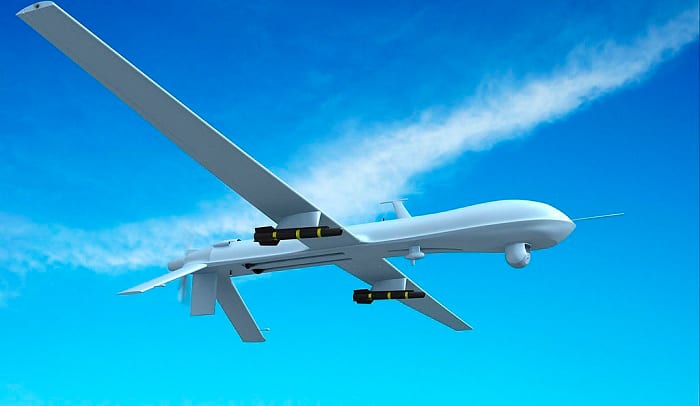 Just for the fun of it, here are some of the most expensive military drones.

In the Lower Range

This is a small low-altitude but long-endurance drone for reconnaissance. In addition, it helps the military with search and rescue, border control, and battleground damage monitoring, and wildlife monitoring. Its wingspan is over 10 feet and flight life of more than 24 hours. You can expect it to fly up 20,000 feet at a maximum of 92 miles per hour (horizontally).

This is a medium-altitude but long-endurance drone that also goes by the name Wing Loong. It is roughly 9 feet tall and 20 feet long, designed for imaging. Its wingspan is 40 feet, delivering a maximum of 16,500 feet in altitude and 180 miles per hour in speed. It can stay in the air for 20 hours!

This $3 million drone is designed as a force multiplier to serve as a loyal wingman for the F-22 Raptor or F-35 Lightning iI on combat missions. It is about 28 feet long and can impressively reach 700 miles per hour on a 2,500-mile flight with a 22-foot wingspan.

This is a strategic, multi-purpose medium altitude long endurance drone that is 26 feet long and has a wingspan of 44 feet. It can fly over 30,000 altitude feet and reach a maximum speed of 220 miles per hour.

In the Higher Range

This drone was awarded an $804 million contract in 2018 and is set to be operational by 2024. It is designed to carry some 15,000 pounds of fuel and reach a maximum range of 600 miles. Unless the Northrop Grumman X-47B “debuts”, it will be the world’s first aerial refueling drone!

This is a still-developing drone that is expected to hit the air in 2030. It is designed to attain the max speed of 700 miles per hour, 50,000 feet flight ceiling. Its wingspan is 33 feet and its length is 40 feet.

This drone is made to assist the U.S Navy, but as of right now, is still a guinea pig prototype. It’s the first autonomous aerial refuel with impressive specs: 62-foot wingspan and a max speed of 700 miles per hour.

This high-altitude long endurance beat was built for the Air Force. Equipped with a sensor suite that gives global weather, day & night intelligence, and fulfills surveillance and reconnaissance purposes, this is a well-known drone to the public. It costs a whopping $131 million!

Now, you are armed with all the necessary information to answer, “How much does a military drone cost?” Hopefully, you have found this useful. In case you still have questions to ask, reach out to us in the comments below! We will be sure to get back to you quickly! Also, do not forget to share this article with other readers, like your friends and family.