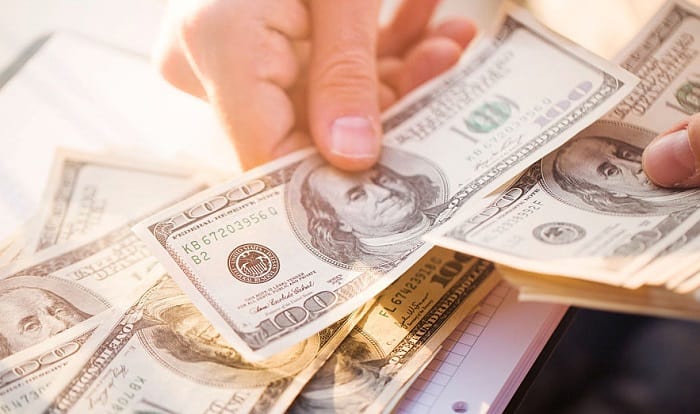 It is commonly known that a huge proportion of our tax money goes to the military. This is not a surprise since the military is tasked with the import duty of protecting the nation and its people.

In short, roughly 20 percent of the federal budget is dedicated to defense and security, which can be understood as the percent of tax dollars spent on the military. But if you are interested in this topic, make sure you read until the very end of the article to find out everything there is to know!

How Much Taxpayer Money Goes to the Military 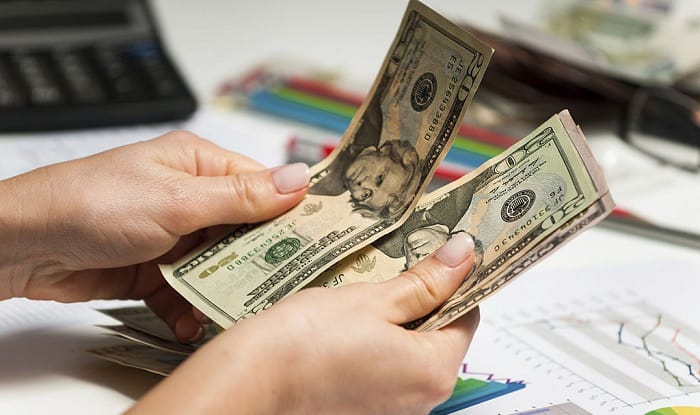 According to reports from the Office of Management & Budget, in the last fiscal year 2020, the United States spent $725 billion on national defense, which equates to 11 percent of federal expenditure. This indicates that national defense is a priority. 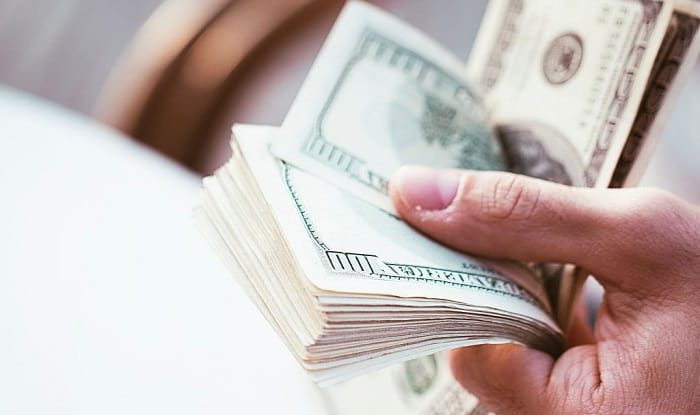 Of the $690 billion, the largest spending category was “operation and maintenance” with $279 billion in tax dollars. This category covered the cost of military operations, which includes training, planning, and maintaining equipment. In addition, it funded the military healthcare system. The second-largest spending category was “military personnel” with $161 billion. This refers to the pay and retirement benefits service members receive.

Coming in third was the cost of procurement of weapons and systems at $139 billion. Following this was $100 billion for the research and development of equipment and weapons.

Aside from that, the military spent more than $10 billion on constructing and managing military facilities, including barracks as well as family housing. Roughly $1 billion is left for miscellaneous military activities, such as funding the Transportation Security Administration and the Department of Homeland Security.

Has Spending Taxpayer Money on the Military Always Been This Way 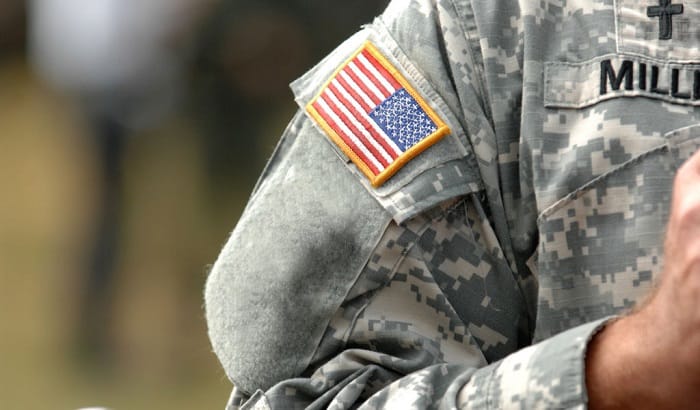 The specifics of the DoD’s spending have not always been like this. The current 40% of spending by the “operation and maintenance” section has increased by one-quarter of all military expenditure since 1970. Historically, during peak wartime with Vietnam, the shares of spending on military personnel and weapon and system procurement were larger.

Outside of the defense budget, there are two other large-spending categories that are closely related.

The first is spending on veterans. This includes all benefits and services that veterans receive. The total value in 2020 was $219 billion.

Check this post to know the military definition and when are you considered a veteran.

The second is spending on international affairs. In 2020, the shelled-out value was $68 billion.

Activities such as delegating humanitarian assistance and supporting international development are included in this spending. It directly influences political and economic relationships and developments with other countries. Thus, it can indirectly affect future defense spending on military activities.

Defense is the single largest category of discretionary spending, followed by health, then transportation. Its expenditure budget is actually higher than what is dedicated to community and regional development, education, the administration of justice, as well as the general government.

Together, all this spending demonstrates the government’s focus on national defense and well-being. 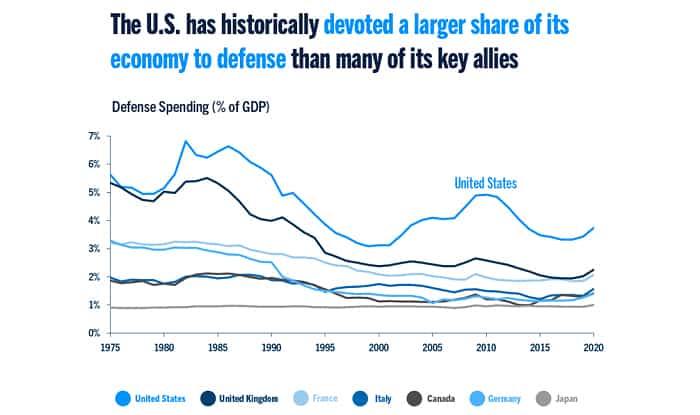 However, it is projected that the total defense spending as a share of the nation’s GDP will continue to decline going forward. You can refer to the above chart for more details.

Other Interesting Facts Worth Knowing

In fact, the United States federal government spends more on national defense than any other member of the G7 group (The United States, United Kingdom, France, Italy, Canada, Germany, and Japan). This is in terms of both raw dollars and the share of the economy.

Based on released findings from the Stockholm International Peace Research Institute (SIPRI), the United States spending on national defense increased from 2019 to 2020 by $44 billion. This is much more than spending from any other nation.

To help you visualize, the U.S spends more than the next 11 large-spending countries combined. Specifically, the next 11 countries spend $761 compared to the U.S. with $778 billion. The 11 countries are India, China, Russia, Saudi Arabia, the United Kingdom, France, Germany, South Korea, Japan, Italy, and Australia.

The U.S, since 1975, has always dedicated a larger share of its budget and economy to national defense, compared to its main allies, like the United Kingdom, France, Italy, Canada, Germany, and Japan.

Though many people agree with the huge sums of tax dollars going into the military, many do not. There is still a huge debate around the budget dedicated to defense. A popular viewpoint is that less money should be spent on “useless” military activities, while more should be spent on other things like a universal healthcare system.

Here is a video on Youtube that encapsulates this particular perspective well. Check it out!

Given the significance of national defense for the nation and its people’s safety and wellbeing, it is no doubt that much of the federal budget is dedicated to the military.

Now, you know more about the details to the question, “How much of our taxes go to the military?” including what it is spent on. You also have the particular figures and values for the fiscal year 2020.

Did you find the article interesting or helpful? If yes, please let us hear from you! We always regularly check the comments, so leave your thoughts there. If there is anything else you would like to add or ask, be sure to voice them in the comments. Also, feel free to share this article with your friends; we always welcome readers!