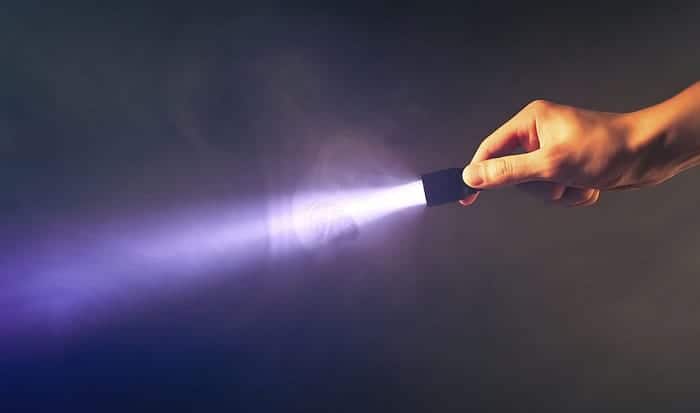 No one wants to be caught walking alone outside in the dark. But no matter how much we try to avoid it, situations like these will happen one way or another.

As someone who’s been in that situation before, personal safety is something to worry about. But what can you use to protect yourself if, like me, you aren’t legally allowed to carry weapons for self-defense?

What is a Tactical Flashlight? 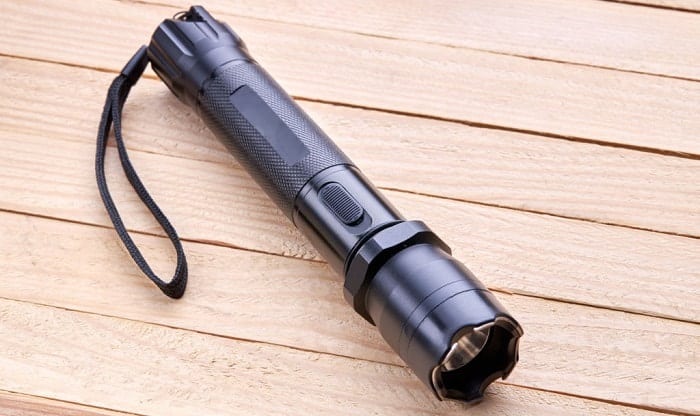 To put it simply, a tactical flashlight is just a specialized, high-performance version of your typical handheld flashlight. They were designed to be used by the police and the military to help with tasks like target identification and using their weapons in low light conditions. As such, tactical flashlights have many unique design details and features that set them apart from the ones you keep at home.

To keep things simple, though, here are three features you need when buying your own tactical flashlight.

First off, your flashlight has to be durable. Police officers and soldiers need their flashlights to work in all conditions, especially during the critical moments that could mean the difference between life and death. And in self-defense situations, this is exactly what you need to have in your tactical flashlight.

When shopping around, try to look for ones built out of metal, preferably the ones with resistance to impacts, water, and dust.

Second, your tactical flashlight has to be bright. The regular handheld flashlight will typically output around 10 to 25 lumens, with some “high-power” kinds emitting up to 100 lumens of light. While this is more than enough for just shedding some light on something at night, this isn’t quite enough for tactical use.

From my experience, a thumb button flashlight is the easiest and quickest to turn on in a stressful situation, which is very important in a self-defense situation.

How to Use A Tactical Flashlight for Self Defense 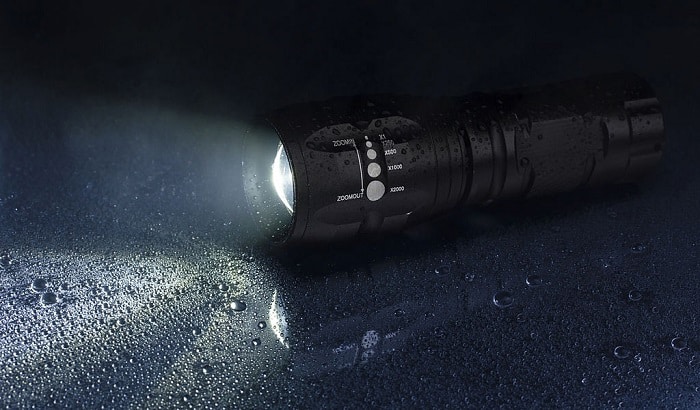 Using your tactical flashlight as a deterrent.

It is fairly well-established at this point that violent crimes like assaults and robberies on individuals happen most often at night in areas that aren’t very well-lit. Now, having weapons on you will allow you to defend yourself from these attacks. But having a tactical flashlight will actually take your protection a step further by preventing these attacks from happening at all.

As you walk alone at night, turn on your tactical flashlight and keep it on. Along with following general safety precautions (like sticking to main roads and away from troublesome areas), keeping yourself and the area around you well-lit will deter most attackers from even approaching you in the first place.

Using your tactical flashlight as a blinding tool.

When it comes to defending yourself, one of the most powerful tools at your disposal is the element of surprise. If you are aware that there is an attacker nearby and approaching you, you can respond preemptively by shining your tactical flashlight directly into his eyes.

One thing to note is that I do not recommend trying to fight your attacker further if they are already stunned and you have an opportunity to get away. This is especially true if you don’t have any prior experience in hand-to-hand combat. The main goal of self-defense is to minimize the amount of harm that comes to you. With this in mind, it is almost always the better option to run away and get to safety as quickly as possible.

Using your tactical flashlight as a weapon.

If your tactical flashlight is one of the larger kinds (longer than 6 inches), then I would recommend using it more like a baton or club. Assuming you bought the right tactical flashlight, the tough metal body should allow you to hit harder without having to worry about the flashlight breaking after your encounter.

For the best results, make sure to aim for your attacker’s vulnerable spots, such as the face, neck, collarbones, ribs, and hands. If done correctly and with the blinding technique I discussed earlier, your attacker should be disabled enough for you to get to safety.

The tactical flashlight is arguably one of the most underrated “tactical” tools available on the market today. Functioning as a deterrent, a blinding tool, and an improvised weapon, a tactical flashlight gives you much more options for defending yourself compared to the typical pocket knife or pepper spray.

I hope this article has helped you learn more about how to use a tactical flashlight for self defense. Let us know your thoughts in the comments section below, and thank you very much for reading!