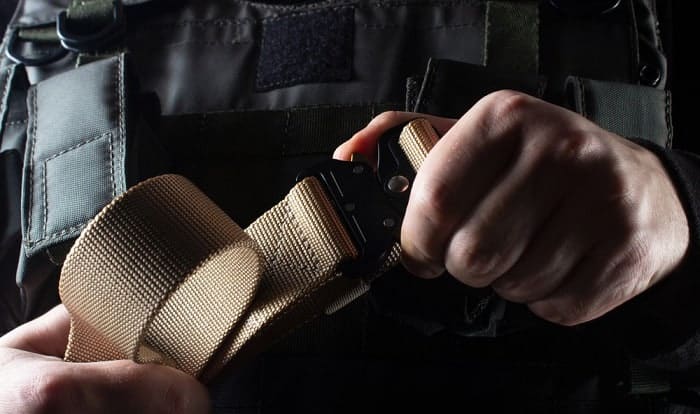 To most people, the belt is just a length of fabric that keeps one’s pants up. But to some professionals and the growing EDC or Everyday Carry movement, the belt is one of the most important parts of their equipment.

These tactical belts are worn in many different ways, depending on the design and setup of their buckles. Because many of these buckle designs are different from the ones you can buy at the store, it can be difficult to figure out how to wear a tactical belt.

So buckle up, because I will be teaching you how to do just that in this article.

How to Wear a Tactical Belt 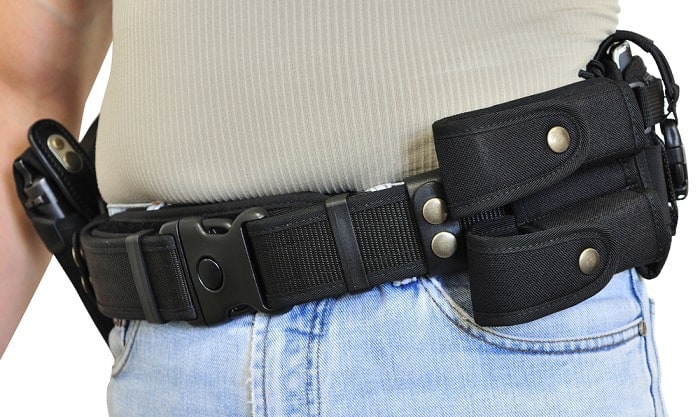 As I’ve previously mentioned, the process for putting on a tactical belt differs depending on what buckle it is equipped with. Tactical belts come in different buckle designs to offer different features, and as such, the way they’re worn also differs.

So with that, here are a few of the most common tactical belt styles and how to put them on.

The hook and loop buckle is well-known and well-liked for its durability and reliability. This type of buckle is so durable because it is made of a single piece of metal or plastic, which minimizes the number of failure points on the belt.

The simplicity of the buckle also allows designers to add extra features to the belt without compromising the functionality of the buckle; for example, some hook and loop buckles will have an extra hole to which you can attach a carabiner hook.

Step 1: Set the belt around your waist or through the belt loops on your pants.

Step 2: Thread the end tip through the hole closer to the middle of your body. The end tip should thread from under the buckle in this step.

Step 3: Pull the end tip and thread it through the other hole on the buckle. The end tip should be threading from above the buckle.

Step 4: Pull the end tip to tighten the belt to your liking.

Step 5: Thread the excess belt through the keeper loop or secure it to the velcro strap on the belt, if it has one.

The frame buckle is another common buckle type for tactical belts, and is no different in principle from the frame buckles you see on traditional dress belts. Consisting of a frame and either one or two prongs, the frame buckle secures the belt by threading the prongs through holes punched into the belt. Because of this, you will usually see frame buckles on thicker leather or synthetic leather belts.

To wear this kind of tactical belt, you will need to follow these steps:

Step 1: Set the belt around your waist or through your pants.

Step 2: Thread the end tip upward through the bottom of the buckle, making sure to keep the prong open.

Step 3: Pull the end tip to tighten to the length of your choice.

Step 4: Secure the belt by threading the prong through the hole on the appropriate end tip on the belt.

Step 5: Secure the excess belt by threading the end tip through the keeper loop or the belt loops on your pants.

These typically plastic buckles are most commonly found on harnesses, bags, and anything else that needs a simple yet secure fastening method. Their durability and ease of use make them very popular on police duty belts; however, snap buckles are much thicker than the other buckles mentioned here, which means that they can’t be threaded through the belt loops on your pants.

What is a Tactical Belt, and Why is it So Special 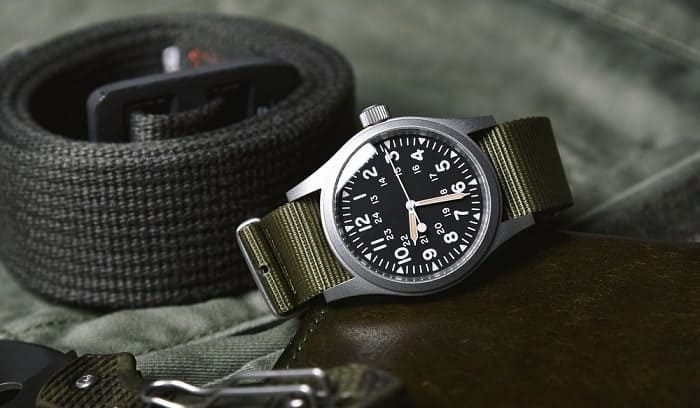 Originally, the tactical belt was designed as a highly durable belt made specifically for use in law enforcement and the military. Their primary purpose was to serve as a sturdy and supportive strap that both secured uniforms and also carried flashlights, firearms, and other tools and equipment.

After the survivalist and everyday carry movement brought “tactical” equipment into the mainstream, however, the term has been diluted in meaning. Nowadays, any thick nylon belt could be marketed as a “tactical belt” even if it was never designed for tactical use in the first place.

Of course, that’s not to say that the tactical belts you can buy in stores or online are bad. Modern tactical belts have some great design innovations that are very useful for outdoor adventurers.

The tactical belt is one of the most underrated pieces of tactical equipment. The utility and reliability that it provides make it invaluable for an EDC enthusiast that needs something that is truly built to last.

I hope this article on how to wear a tactical belt has been helpful to you. Let us know in the comments section if you have any suggestions or insights you want to share.

For now, that is all from me. Thank you for reading!