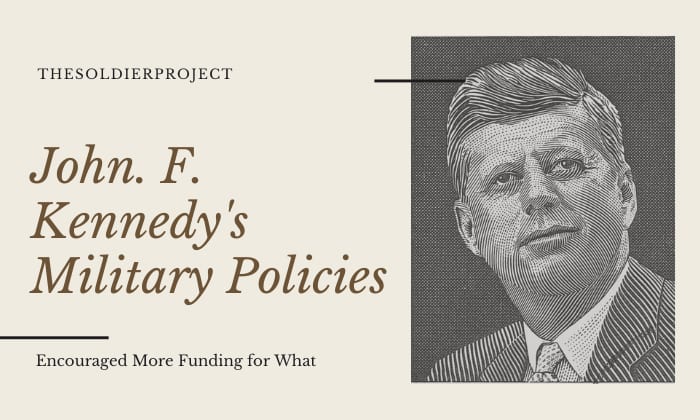 John. F. Kennedy’s military policies encouraged more funding for what? The short answer is the Special Forces. However, for a more complete understanding of this topic, you need to continue reading. We will provide detailed information on how the policy came about and what it led to. 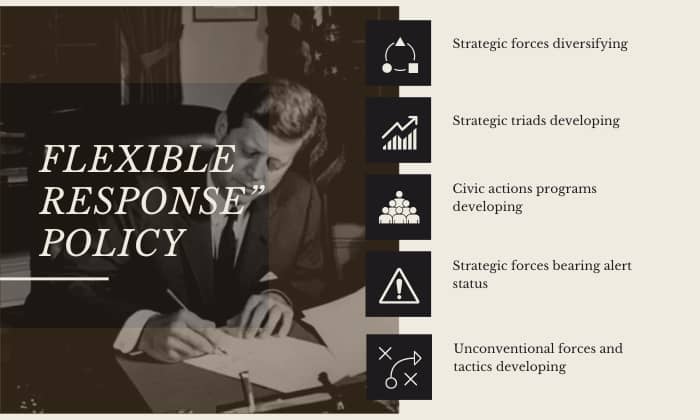 When Kennedy entered the White House, he wanted to implement an alternative to Massive Retaliation, Eisenhower’s policy on developing nuclear weapons, because he believed that it weakened the U.S forces. His administration, thus, introduced the “Flexible Response” policy, which ensures the U.S capability to quickly respond and deter all wars, not just those involving nuclear arms.

The Flexible Response entailed that the U.S could combat across an entire spectrum of violence by having diverse forces for different warfare types. It would be possible to have multiple wars at once.

Thus, the goal was that the U.S would be ready to fight two large (regional) wars and one small (brushfire) war simultaneously. To do this, Kennedy encouraged more funding for recruiting, investment, research, and development of the U.S force posture, which included a strategic “assured destruction” doctrine and “retaliatory capability” (also known as second-strike capability) as the guiding deterrence principle. 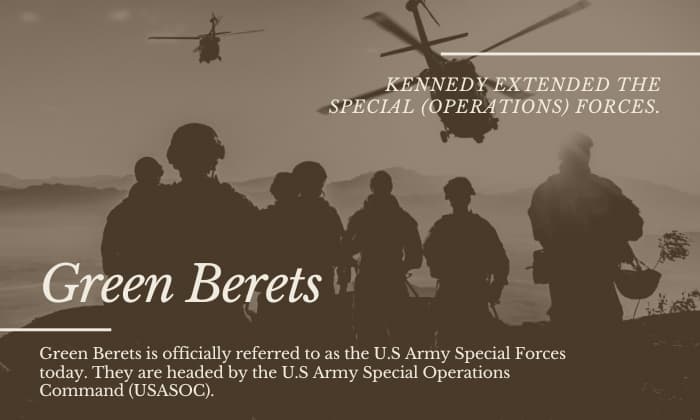 At present, their specific structure is broken down as follows:

6. The 75th Ranger Regiment, consists of:

As a whole, the Green Berets have 9 doctrinal missions, which are:

They also have secondary missions, such as:

To enter the Special Forces, a candidate must tick all of the following checkboxes:

Once selected, a Special Force candidate must complete:

There are also Special Forces in other service branches, including the Marine Corps, Navy, and Air Force. But they are not called the “Green Berets.”

The Special Forces, since their establishment in 1952, have carried out operations in:

to name a few.

They are armed with an expansive range of weapons, including handguns, submachine guns, rifles and carbines, machine guns, shotguns, sniper- and precision rifles, and launchers. In addition, they operate ground mobility vehicles (GMVs) and military helicopters.

Here is an example of a GMV. It was operated by the 3rd Special Forces Group.

You can recognize them through this branch insignia 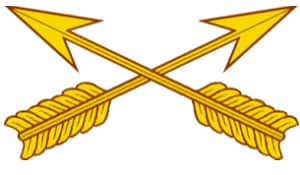 There is a lot to explore when it comes to JFK policies. What we covered today on JFK’s foreign policy regarding, “John. F. Kennedy’s military policies encouraged more funding for what?” was just one of the many. For example, we highly recommend looking into John F. Kennedy’s domestic policies and “What is the most important foreign policy event of the Kennedy administration?”

Hopefully, you have our article interesting and informative. If you have any other follow-up questions to ask or thoughts to share, feel free to leave us a comment. We always love hearing from our readers. So, do not be shy!