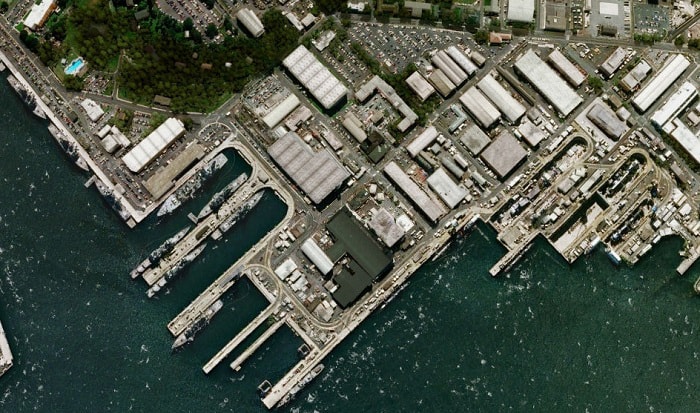 In case you are a military geek or just want to brush up on knowledge about the military, then you are the perfect audience for our detailed article here. We will be walking through the largest military bases in the world, which are Fort Bragg, Fort Campbell, Fort Hood, Joint Base Lewis — McChord, and Fort Benning, by population and area.

For details on each of the bases, continue to read! We will also be dedicating a short section of the world’s highest military base and other unique ones that will surely wow and make you go “really?” Hence, do not miss them and read all the way to the end!

Go on! Join us in exploring the biggest military bases in the world. 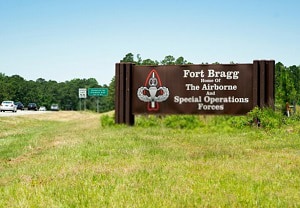 Topping the list for the world’s largest military base is in Fort Bragg. This is located in the United State’s North Carolina. Among military enthusiasts, it is also deemed the center of the military realm. Fort Bragg is home to more than 260,000 people, of which nearly 54,000 are active troop members.

The entire area of Fort Bragg is 163,000 acres, which is equivalent to 254.6 square miles. The main post of the base spans 19 miles. This means that it is as big as approximately 123 football fields. Quite impressive to picture, right?

Fort Bragg was founded in a North Carolina town named Fayetteville around June 1918, by Col. Edward P. King and his partner T. Wayland Vaughan from the forestry service. At the time, it was called Camp Bragg and was dedicated to supporting artillery training.

This military base came about when the United States only had a third-rate military presence and was looking to establish camps all over the country for the military buildup in 1917 and the movement of the doughboys in 1918.

It was a home for long-range artillery testing equipment, and not too long later, it became a training center for the National Guards, complete with all the balloon detachments and aircraft.

At the end of September in 1922, the base was renamed to Fort Bragg and made into a permanent military installation. It was expanded and strengthened with more permanent fixtures, like brick barracks and paved sidewalks—eventually becoming one of the most critical facilities when World War 2 arrived.

After the war, Fort Bragg turned into a home for the 82nd Airborne Division, and later, the XVIII Airborne Corps. Thus its nickname was the “Home of the Airborne.” Today, it is where the Womack Army Medical Center, US Army Special Operations Command, US Army Forces Command, and US Army Reserve Command reside. Moreover, if you want to know what is the largest US military base, this guide is made for you. 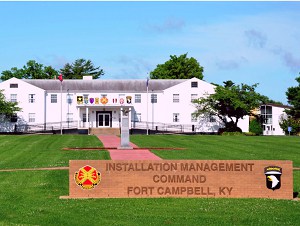 Fort Campbell lies on the border between Tennessee and Kentucky. More specifically, it is between Clarksville and Hopkinsville with a total population of 234,900. This base was established in 1941 and named after William Bowen Campbell, the Union Army Brigadier General.

Fort Campbell served as a training ground for the 12, 14, and 20 Armed Divisions and headquarters for the 26th Infantry Division as well as the IV Armored Corps, until the end of World War II. It also housed the elite 101sr Airborne Division or so-called “Screaming Eagles” training for air assault. The 160th Special Operations Aviation Regiment is among the other groups that Fort Campbell supports. 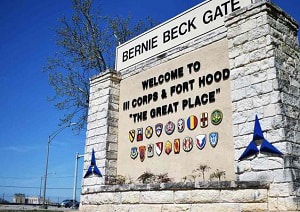 Third on this list is Fort Hood in Texas. It facilitates the Tank Destroyer Tactical and Firing Center and supports a total of 217,000 people, including 45,414 active soldiers.

In its beginning around September 1942, Fort Hood housed up to 38,000 troops. The camp was named after honorable General John Bell Hood, who served during the Civil War as a part of the Confederate Army.

In January 1943, the base was extended and adopted a new name “North Camp Hood” with roughly 40,000 troops and 4,000 prisoners of war—the second World War.

In the 1970s, Fort Hood became a training site as well as a testing ground for new organizations, tactics, and equipment. Then, during the Vietnam War and the War on Terror, it was a place for anti-war activity. Nowadays, it is the base with the biggest armored post featuring active-duty military. It occupies 214,000 acres (335 square miles) for all-year training on the air as well as the ground. 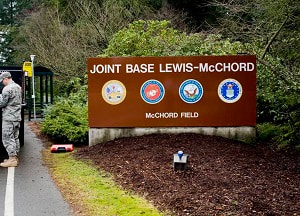 This base resides in the Pacific Northwest with 209,000 people, including active personnel, family members, and veterans. Based on population, Joint Base Lewis — McChord is the fourth biggest army base in the world.

As suggested in the name, this base is the result of a merger. In February 2010, the U.S Army Fort Lewis and the U.S McChord Air Force Base came together with the 2005 Base Realignment & Closure Commission recommendation.

Camp Lewis was founded in May 1917 with a name honoring Meriwether Lewis of the Lewis and Clark Expedition. Impressively, it supported troops through the World Wars, Vietnam War, Cold War, and Gulf Wars.

McChord was established later (1940) as an open airfield north of Fort Lewis. Its name honors Colonel William Caldwell McChord. During the Second World War, McChord was the biggest US bomber training installation and was the base that organized the attack, destroying a Japanese submarine.

At present, with 410,000 acres, Joint Base Lewis – McChord houses the I Corps and 62d Airlift Wing, functioning as a discipline and mobilization hub for all military services. It is also the only power projection installation in the Rocky Mountain’s west. 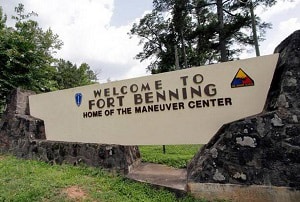 Last on this list is Fort Benning, located in Georgia and Alabama. In detail, parts of the base are in Columbus and parts are in Phoenix City.

It was founded in October 1918, after Brigadier General Henry L. Benning, who served during the Civil War for the Confederacy. When it was first established, the base was a place for personnel to train; it delivered the nation’s leading infantry training program by the 1950s.

Fort Benning also launched air assault and ranger schools for honing advanced skills. Additionally, since 2005, it has housed the Maneuver Center of Excellence.

Other Military Bases Worth Knowing 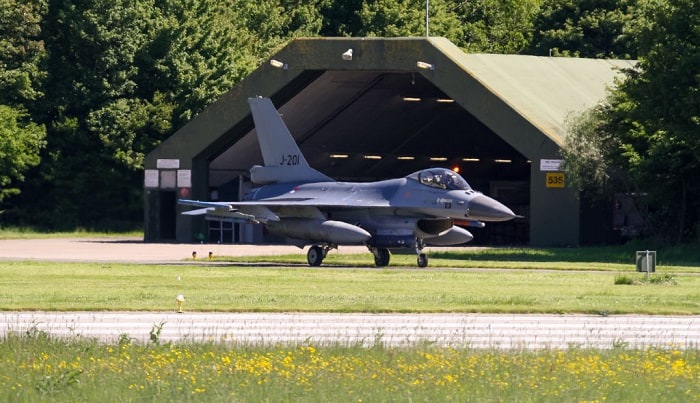 1. The highest military base in the world

As a bonus before wrapping up this article, here is a short section on the world’s highest military base in India. More specifically, this base is in the Kashmir state on the Siachen Glacier. During the ongoing conflict, troops are deployed to the glacier scraping 6,700m, which is equivalent to 21,981ft.

2. The military base on one of the largest salt deserts in the world

The Dugway Proving Ground is a unique military installation in the Great Salt Lake Desert, Utah. It started with 127,000 acres during the attack on Pearl Harbor and grew to about 800,000 acres, which is comparable to the size of Rhode Island.

The sheer size allows it to be a testing ground for military smoke bombs as well as other biological and chemical weapons. In the second World War, it was also a facility for developing incendiary bombs.

To support the testing of equipment, the base was even built with replica villages. You can see the remains of them in the U.S National Register of Historic Places!

You have just gone through the five largest military bases in the world by population and area: Fort Bragg, Fort Campbell, Fort Hood, Joint Base Lewis — McChord, and Fort Benning.

Did it surprise you that all of them belonged to the United States? Was there anything that you found particularly interesting? Share them in the comments below.

Also, do not be afraid to ask follow-up questions. We are always excited to hear from our readers!