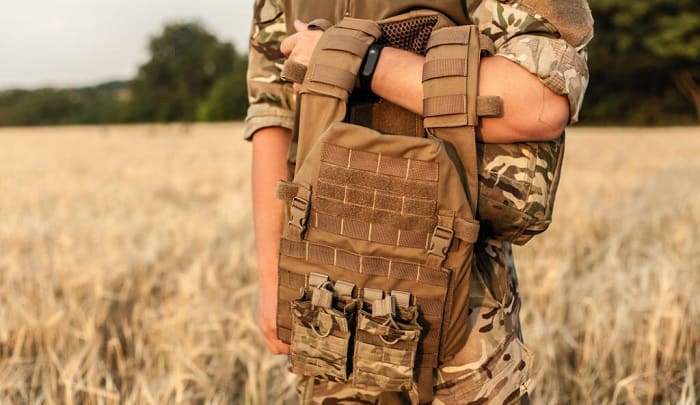 Body armors are not created equal. There are some that can provide protection for higher threat levels and cover higher calibers of bullets. The difference is specified in five levels: Level IIA, II, IIA, III, and IV, set by the National Institute of Justice (NIJ). The two highest levels are Level III and IV. Today’s article will focus on these two. In detail, we will be comparing them — Level III vs. Level IV body armor!

To begin, we will briefly go through the chart on NIJ protection levels. There are five levels that are sectioned based on the ability to stop certain rounds at certain velocities. The levels are IIA, II, IIIA, III, and IV.

You can refer to this chart with details: 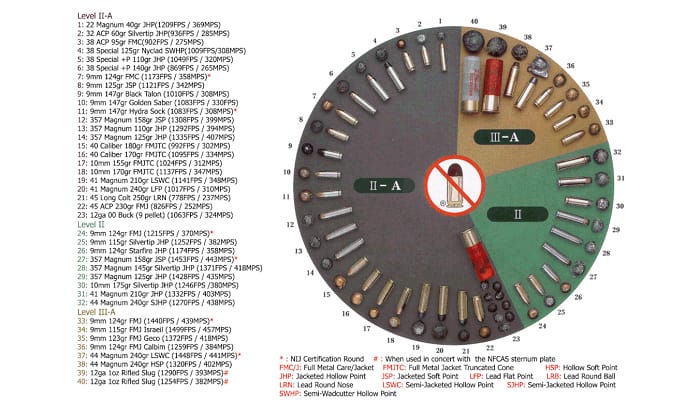 Note: Each level will shield against its threat range and those of the preceding levels.

Up until level III, body armors are considered “soft,” and they can be made of kevlar, dyneema, tauron, or graphene. Soft body armors are usually stab- and spike-proof. In comparison, “hard” body armors, soft ones are flexible, maneuverable, breathable, and concealable.

This is the first level of body armor that safeguards against rifle rounds. Level III body armor is the type to include hard plates rather than soft plates. This makes it non-concealable and much heavier. But with these, come better protection.

Which begs the question, “What does level 3 body armor stop?”

In general, level III body armors are designed to handle six 7.62×51 NATO round shots traveling up to 2780 feet per second. To get an idea of what this means, consider its equivalent: a common .308 Winchester hunting round.

A level 3 armor rating can also stop 5.56 mm ammunition, which is generally used for hunting and target shooting. However, some 5.56 mm ammunition are designed with a steel or part-steel core, and they can only be stopped by a hard armor plate with a ceramic or metallic element, but not all level III armors have this.

Therefore, in that case, a level IV armor is the better choice for protection.

Typical users of body armor with a level 3 armor rating are Federal agents in Border patrol and the FBI, police officers, and correction officers.

Level III protection is the most common. You can find it in ballistic vests and suits, as well as in backpacks. It is heavier than level IIA and level II, but it is typically still considered lightweight. You can rely on it to defeat most handguns, sporting rifles, and hunting rifles.

You can also find level III+ protection in the market. This is offered by body armor retailers as an upgraded level 3. However, it is not officially considered by the National Institute of Justice.

Body armors with this level of protection can shield against FN 5.7, 9 mm Civil Defense rounds, and shotgun rounds. They are quite popular for niche use.

This is the type of body armor that delivers the highest level of protection. It has hard plates and is able to stop a single 7.65 mm armor-piercing rifle bullet traveling at 2880 feet per second, and it can endure the impact of up to a .30 armor-piercing (steel core) rifle ammunition.

As you can see, there is a shot count difference between level III armors and level IV armors. So, in spite of its higher numerical ranking, a level IV gear is not automatically better. It will depend on the situation, instead.

Level 4 body armor rating is thicker and heavier than a level 3 body armor rating. This makes it more challenging to store and use. If you are not properly trained to use a level 4 armor rating, then it can do more harm than good.

What Level of Body Armor Does the Military Use? 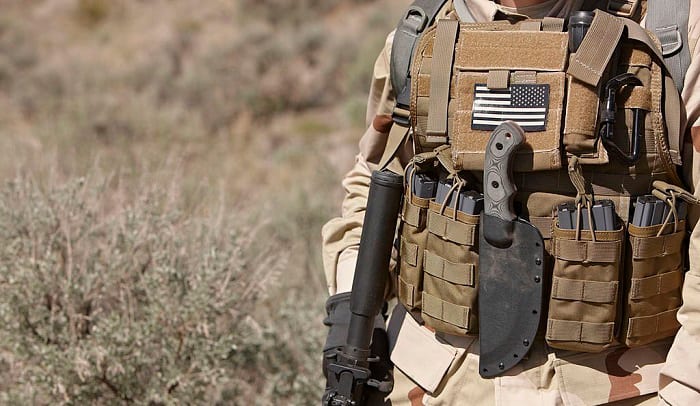 The military uses the highest level body armor: level 4. This protection level can beat the typical armor-piercing bullets from military-grade weapons and technology.

Both level 3 body armor plates and level 4 plate ratings can be made of a variety of materials, such as ceramic and steel.

Ceramic body armors are lightweight and can stop rifle bullets. However, they are not cheap and only last for 5 to 7 years. Their stopping power has a limit. Plus, they can shatter or crack, but it is difficult to detect such fractures.

On the other hand, steel body armors are cheaper and longer lasting, but they are also heavier, bulkier and cannot absorb impact. Unlike ceramic, they can trap heat and cause a ricochet while requiring larger carrier pockets.

Regardless of whether you are using level III or level IV body armor, there are tips that you need to keep in mind to take proper care:

Here are more tips on how to keep your body armor clean:

That’s it! Now you know all the essentials on level III vs. level IV body armor. Hopefully, you have learned a lot from this article. If you are looking at this information to make a purchasing decision and were able to make a final call after reading, please share it with us in the comments down below. Otherwise, please leave your thoughts and questions (if you have any) there!