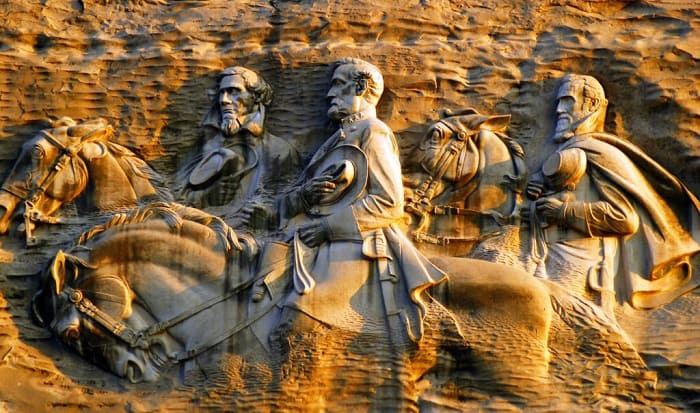 Who was the main military commander for Southern forces during the Civil War? If you want just the name, it is Rober E. Lee. But if you want a brief biography with the details of his achievements, then you can continue reading. We will provide all the essential information about Robert E. Lee below! 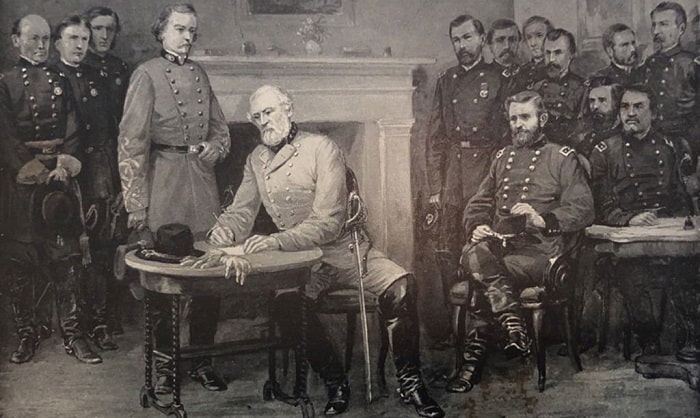 Robert’s father is Henry Lee and his mother is Ann Hill Carter Lee.

His father was an American Revolution hero and the Governor of Virginia, but he left when Robert was 6 years old and never returned.

At 18, Robert enrolled in the U.S Military Academy. He graduated in 1829 and thereafter (on July 1, 1829), entered the Engineer Corps as a Second Lieutenant.

In 1836, he was promoted to a First Lieutenant. Two years later, he became a Captain. Then, when the U.S declared war on Mexico in May 1846, Robert served under Winfield Scott and impressed many superiors, winning brevet promotions to Major, then Lieutenant Colonel, and Colonel.

Like others in his class and section, he saw slavery as a necessary institution for order between the races. He also resented those who attacked slaveholders in the Southern states. And throughout the antebellum years, he held onto a pronounced white superiority view.

Hence, it is no surprise that he played a role on the Southern side in the Civil War.

In general, regarding the Civil War, Robert Lee’s importance can be summarized through his campaign and battle involvements, as follows:

Now, let’s dive into the details of how Robert E. Lee was important to the Civil War.

When Robert became a Colonel of the 1st Calvary in 1861, seven Southern states had seceded, establishing the Confederate States of America. In April, after Virginia seceded, Lee was given command of the Army to suppress rebellions.

He declined and resigned from the Army but accepted another appointment: becoming Major General of Virginia’s forces. A week later, he became a Brigadier General in the Confederate Army. In August, which was three months after, he was promoted to the third-highest rank: full General.

Note: He was one of the 5 full Generals during this time.

Between June 1862 and 1863, he served as the commander of the Confederate Army of Northern Virginia, and he successfully:

This improved Confederate morale and regard for Robert.

After these two accomplishments, Robert had moved the Confederate’s battle lines 82 miles north, from 6 miles north of Richmond.

However, after these two decisive victories, his decisions were poor.

Today, historians look back at this failure harshly. Shelby Foote, for example, once stated, “Gettysburg was the price the South paid for having Robert E. Lee as commander.”

In a last-ditch effort, Robert abandoned Richmond and retreated west. He wanted to join up with Joseph Johnston’s Army in North Carolina, but he was ultimately surrounded at the Battle of Appomattox Court House. He surrendered and prompted other Confederate armies to do the same, thereby ending the war. 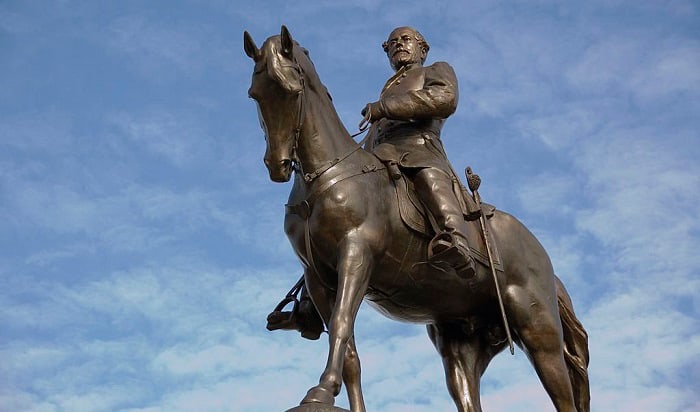 Following the war, Robert was not punished or arrested. But he was stripped of his right to vote and lost some property, including the Custis-Lee Mansion.

Robert became the national icon for reconciliation between the North and South and, at the same time, a representation of the ex-Confederate integration into the national U.S. He:

Until his death, Robert served as the Washington College President.

Note: Today, the college is called Washington and Lee University.

He suffered a stroke on September 28, 1870. Two weeks later, he died from the effects of pneumonia. He was buried beneath the college chapel. At present, the chapel is known as the University Chapel.

In 1955, Robert’s Custis-Lee Mansion, which was previously taken to be a site for the Arlington National Cemetery, was designated as a National Memorial to Robert.

In 1890, an equestrian statue of Robert made by Jean Antonin Mercié was set up in Richmond, Virginia. It is the centerpiece of Monument Avenue, unveiled before 100,000 people.

Robert is also mounted on top of the Virginia Monument in Gettysburg National Military Park along with his horse Traveler and as a mural on Richmond James River’s flood wall.

There is also an equestrian statue of Lee alongside Jackson in Baltimore Wyman Park. It was designed by Laura Gardin Fraser. The base is made by architect John Russell Pope and dedicated on the anniversary of the Chancellorsville battle.

In the Baltimore area, there is also a nature park named Robert E. Lee Memorial Park.

Robert’s birthday is celebrated in some states.

As you have read, the answer to, “Who was the main military commander for Southern forces during the Civil War?” is Robert E. Lee.

With the information we have curated here, you do not have to search to define Robert E. Lee elsewhere. You should have all the essentials on his childhood, Civil War roles, postbellum life, and even after-death mentions.