For more information about each, our article will give the names of these military bases as well as other useful details. Therefore, make sure you read all the way until the end! 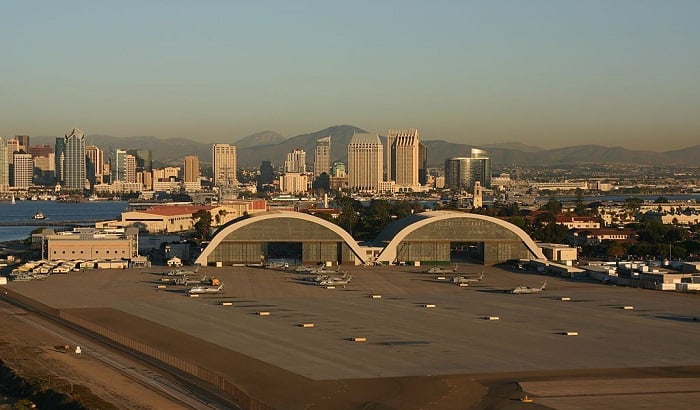 As we have said earlier, there are a total of six military bases in Colorado. The names of these bases are Academy AFB Base, Buckley Base, Cheyenne Mountain Base, Peterson Base, Schriever Base, Fort Carson Base, Pueblo Chemical Depot Base.

But just knowing the names will never be enough, let’s dive into the details of each branch now.

It houses U.S Air Force students between 17 years old and 23 years old and without dependents. Here, students take ordinary classes as well as five weeks of basic cadet training. Sports are very “big” on campus, including football, basketball, baseball, water polo, ice hockey, and gymnastics. Students who graduate from this academy have a higher chance of being selected for respected fields in the U.S Air Force.

Fun Fact: Within the academy, there is a library with more than 700,000 books and a chapel that extends 150 feet into the air. Every year, a lot of tourists visit the academy to see these for themselves.

The second base is in Aurora, Colorado. It was previously a National Guard Base but now, it houses the 460th Space Wing, which is responsible for defending air operations, air space surveillance, space operations and communications, etc.

Under the Wing’s command, there is the “Mission Support”, the Operations”, and the “Medical Group”. In addition, the base is home to the Air National Guard and Army National Guard in Colorado. A total of 77 tenant units reside in this base. Many are of the National Reconnaissance Office and the National Security Agency as well.

At the base, housing is privatized. So, personnel use basic housing allowance to buy or rent a living space. Most houses have two to four bedrooms. The finer ones have ceiling fans, vaulted ceilings, walk-in closets, garages, etc. Furthermore, lawn service is provided. On the flip side, for single or unaccompanied military personnel, there are dormitories.

There is a mid-sized “Base Exchange” which includes a mall with standard shops for beauty services, dry cleaning, fast food, etc. A medical clinic and mini hospital are also accessible on base to offer urgent medical attention. However, there are no schools. Children go to the schools at Aurora Public School District.

Cheyenne Mountain is in El Paso county, close to Colorado Springs. It is home to an Air Force station and is among the toughest military installations in Colorado and in the U.S. Its mission involves collecting intelligence and data using sensors, satellites, and radars on a 24/7 basis. This has not changed since its construction in 1956.

Impressively, the base is 600 meters into the mountain and reinforced by steel. There are less than 200 personnel from the Army, Air Force, Navy, and Marine Corps. Deployed members do not have to worry about paying for housing. Everyone will be “assigned” a living space.

Fun Fact: In the base’s open area, there is also an archaeological site and a zoo.

For more details, check out this well-filmed Youtube video.

This is another base in El Paso county. It is named after lieutenant Edward Joseph Peterson who died in a plane crash at the base. It was originally set up in 1942 to respond to European hostilities.

At the end of 1943, the base was tasked with a new assignment: training bomber combats. A school was built and personnel were “transformed” into equipped crew technicians for the Second World War.

Today, it is where the 21-th Wing, 821-st Air Base Group, 721-st Mission Support Group, and smaller associate units reside.

This is another Air Force base near Colorado Springs. It is 16 kilometers from the Peterson base. Named after Bernard Adolph Schriever, one of the pioneers in the programs concerning ballistic missiles, this base supports more than 170 satellites.

It houses the 50-th Space Wing. Smaller tenant units include the 310-th Space Wing and 21-st Medical Group. Before that, the base was called the Consolidated Space Operations Center (CSOC) and later, the Falcon Air Force Station. It was not until 1998 did the base get its “Schriever Air Force Base” name.

Fun Fact: This base was established in 1983, making it the “youngest” among all bases in Colorado.

It has more than 3,000 housing units and a lot of recreation and leisure activities. There are two swimming pools, a golf course, and four fitness facilities. Sports and outdoor excursions are possible all year, such as fishing, hunting, and skiing.

Fun Fact: When it was first established after the Japanese Pearl Harbor attack in 1941, the base was called Camp Carson.

Furthermore, check here are some other guides about military bases you may need to know:

Weird, right? Maybe this is a topic to explore in a later article. Until then, share your thoughts or queries right below!