North Carolina is also home to the biggest military base in the United States: Fort Bragg. You can find more interesting information about each of the bases in the rest of this article. Thus, don’t stop reading until you reach the very end! 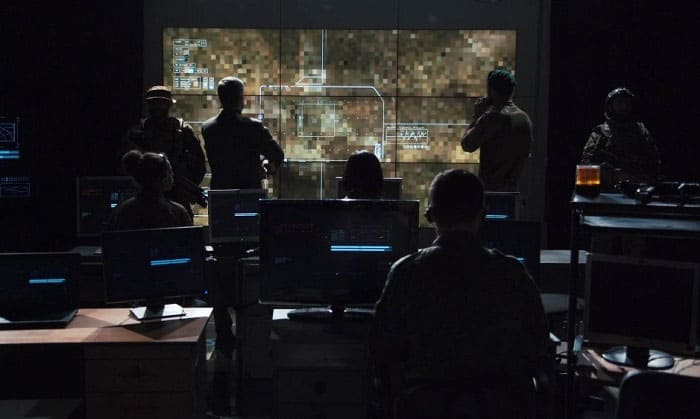 As we have said, there are 8 military bases in North Carolina. There are bases of all branches in the U.S Armed Forces. Let’s find out more about each of them now!

The first on our list is not only a North Carolina Army base but also the biggest military base in the United States. It is located in the west of Fayetteville by the Hoke and Cumberland counties.

Originally (1918), it was an artillery training ground for the Army. The base was founded by Col. Edward P. King and his partner T. Wayland Vaughan because it had favorable weather, a clean water supply, good soil, and a solid rail system for all-year training.

It housed long-range artillery equipment and later became a National Guard training center. In 1922, it became a permanent military installation with brick bricks and paved sidewalks. When the Second World War arrived, it was one of the most critical facilities.

Post-war, the base was where the 82nd Airborne Division and XVIII Airborne Corps resided. Today, it is “home” for the Army Special Operations Command, Forces Command, Reserve Command, and Womack Army Medical Center.

This is another relatively large Army base, located in North Carolina’s Richmond and Scotland counties. It is where troop units go for SERE Training, Special Forces Assessment, and Special Forces Qualification Course.

Camp Mackall was built back in February 1943. In 1920, it was renamed from Camp Hoffman to honor Private John T. Mackall, who served in the 509th Parachute Infantry Regiment’s Company E, 2nd Battalion and was involved in North Africa’s Allied Invasion, specifically the Operation Torch airborne attack.

Fun Fact: The camp initially had up to 1,750 buildings, which were all built in just four months.

The airfield’s original name was Smith Lake airfield. In the past, the base was used for training the 116th Assault Helicopter for Vietnam, and later, the 11th combat Aviation Battalion. Today, it is an active airport for the Army with 23 permanent buildings still in use.

This Air Force base is in Cumberland county, which is less than 20 km from Fayetteville. It was established as Camp Bragg in 1918. In 1919, the War Department took over it and renamed it into what it is today. The new name honored Harley Halbert Pope, who died in a plane crash (1919).

The base was and still is primarily responsible for mail services and mapping and photographic operations. Although during the Second World War, it was more of a training field for air and ground missions.

At present, it hosts 15 tenant units of the 43-rd Airlift Wing.

This Air Force base North Carolina is close to Goldsboro and named after Seymour Johnson, a Goldsboro native pilot. The base spreads over 3,300 acres, making it one of the widest military bases in North Carolina.

It was built to prepare for the Second World War and opened in 1942. Originally, it included a headquarters, school, and training command for the Air Force. In 1943, the base refocused its objective to training cadets as technical officers in the Air Force.

In 1947, the base was closed because of a low success rate. It was not until a decade later was it reactivated. Since then, it hosted units for the Vietnam War, Cold War, and Operation Desert Storm. More recently, the base is known for providing coastal protection. It houses the 4th Fighter Wing and the 567th Red Horse as well as a few subdivisions and reserve units.

There are also 3 Marine bases in North Carolina.

This large base located in Onslow County, Jacksonville was constructed in 1941 and was named Camp Lejeune, after Lieutenant General John Archer Lejeune, who was the 13th Commandant of the Marine Corps. It was originally 11,000 acres, but now, it spans 156,000 acres! There are more than 450 miles of roads, 6,946 buildings, and a population of 137,526 people. Plus, the central base is complemented by six satellite facilities.

This base was established in 1941, so its first role was training soldiers for Pacific actions in the Second World War. Its following roles were in the Korean War, Vietnam War, and Afghanistan and Iraq operations.

In 1942, it was renamed to honor Cunningham Field, one of the U.S first aviators. The Aircraft Group 14, Air Control Group 28, and Wing Support Group 27 are some of the many units that call this base home.

This is a complementary base for nearby Camp Geiger. It handles helicopters that are operated by the Marine Corps. Originally, it was a hosting place for Camp Lejeune, but today, it is one of the most important “action places” for the armed forces, especially when it comes to religious actions, humanitarian operations, and war situations.

Fun Fact: This base was the first in the world to operate MV-22 Osprey planes, which are known for their helicopter-like abilities.

There is only one Navy base in North Carolina.

The 16,000 acres Military Ocean Terminal Sunny Point is in Brunswick County North Carolina bordered by the Cape Fear River and the west by South East River Road. There are several other water bodies within the borders. Therefore, the area surrounding it has been a strategic military shipping hub since 1725.

The base stores and ships ammunition, cargo, and explosives. It can transfer equipment supplies between trucks, rails, and ships. Aside from being a transfer point, the base supports the 82nd Airborne Division and supervises the deployment of joint forces through the State civilian ports.

Air Station Elizabeth City is a base in northeastern South Carolina in the city with the same name. It carries out operations and offers advanced training. One example of the latter is SAR (Search and Rescue) operations. It is one of the most important and well-known U.S services.

Another example is international ice patrol, where experts seek the largest icebergs and update other maritime experts about such icebergs regularly. The base also supports law enforcement operations, including dealing with national security and addressing environmental problems, like oil spills.

This base was established in 1940 and its location was picked two years prior (1938). Originally, it was operated by only four officers, who commanded 52 military troops. There were also four land planes, three seaplanes, and three amphibious aircraft.

The National Strike Force base deals with oil spills to protect the environment and guarantee public health. It also provides training for military troops with five teams and centers and the NSFCC Coordination Center at the core.

There are about 200 individuals, including military troops, civilian workers, and reserve troops within the base. The National Strike Force supports the Coast Guard units and bases alongside the Federal Response Regions.

It was established in 1973 with three strike teams in NC, CA, AL. Each team had 17 members.

With that, you have read through all of this article on “How Many Military Bases are in North Carolina?” Hopefully, you have learned a lot. Share your thoughts with us in the comments!