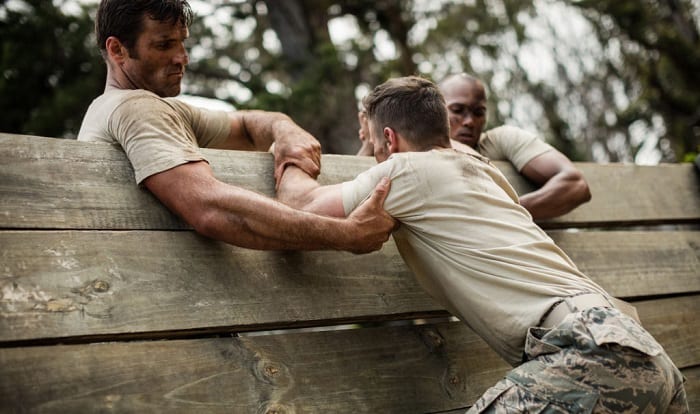 Although there is a fair share of military films and books, there are not a lot of resources for us to get deep insight into military life.

To understand more about the military and wholeheartedly appreciate soldiers in service, it is better to contrast civilian vs military life. It is also useful to know about military culture vs civilian culture if you are a soon-to-be service member.

Understanding this, we have put together an article. We will look at military life vs civilian life advantages and disadvantages while also juxtaposing soldiers vs civilians. So, make sure you read until the end! 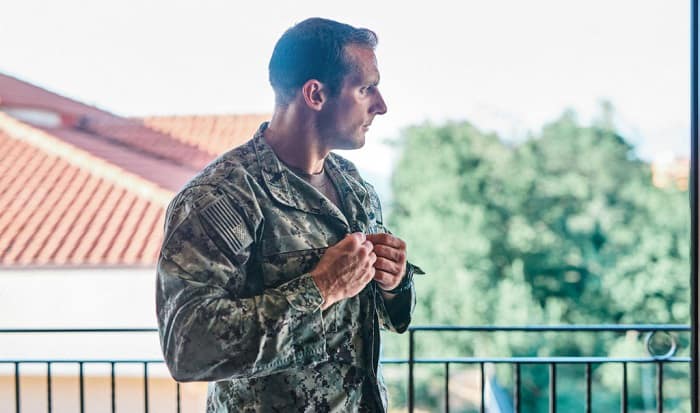 In this section, we will dive into seven differences between military life and civilian life. Specifically, these are culture, housing and living, employment and career, education, laws, healthcare, and retirement.

Although these are not all the aspects that can be explored, they are among the ones with the most noticeable differences worth knowing. Are you ready to explore each in detail? Yes? Then, go ahead!

In the military, members are a part of “something bigger than themselves”. Thus, there is a huge emphasis on living and succeeding as a “unit”, which goes hand-in-hand with the highlight of teamwork and cooperation.

Brotherhood or sisterhood is incredibly important and members are like each other’s family. Since you are essentially on the line between life and death with one another daily, camaraderie is the norm.

This is not as accentuated in the civilian world. Even though groups and organizations exist, the mentality of “every man for himself” is more common.

In addition, the military’s culture is largely characterized by discipline and rigid routines, while this is not the case for most civilians. Some people may be individually disciplined and follow a lifestyle with routines, but this is not the expected standard for every civilian, like it is for military personnel.

There is a three-part video on Youtube by Destination Occupation that talks more about military culture if you are interested!

Those who serve in the military live in a barrack, base, or post. This is further divided by location, family situation, and rank. Military housing is within an installation, which is, in essence, a self-sufficient community.

Service members can get everything they want or need inside of the installation. There are medical facilities, grocery stores, hair salons, entertainment grounds, malls, police and fire departments, etc. In this regard, a military installation is like a city or town.

Military personnel also receive housing allowances, which is also known as BAH. Plus, a lot of the time, you will be living with other military personnel that you do not know before joining the force.

In the civilian world, most people live on their own, with their family or close friends, and do not get housing allowances. Unless you own a house, you will have to pay rent.

Furthermore, resources and spaces are spread out. Thus, it is not uncommon to drive more than 30 minutes to get to a particular place, like an entertainment ground.

There are over 800 jobs in the military. They consist of MOS codes, job names, and ranks.

On the other hand, civilian employment involves industries where professional positions are available. They can be throughout the nation and even overseas. Most of the time, civilians can decide where they work in the application stage and any relocation phase.

However, in the military, your employment location will be selected, depending on your MOS and rank.

Despite this difference, many of the jobs in the military are typically similar to civilian jobs. For example, interpreters and translators, firefighters, electricians, engineers, etc.

As a result, military members’ skill sets and experience are more than often transferable when they leave the military and transition back into civilian life.

Plus, both military and civilian careers follow a similar trajectory for “ranking up” or “promotions”. For soldiers and civilians, it takes effort and time to move up to higher positions. The only minor difference is that the military’s promotion system(s) are more standardized, whereas civilian promotions can vary from industry to industry.

The military offers a lot of educational benefits. For instance, while in service, you can get up to $4,500 every year for tuition assistance. There is the GI Bill, which includes a range of sub-education programs, like the Post-9/11 GI Bill, Montgomery GI Bill for Active Duty, etc.

The Post 9/11 GI Bill pays for your higher education tuition, housing stipends, and book stipends for up to 36 months, regardless of whether you are in college, vocational courses, apprenticeships, licensing programs, or job training.

The Montgomery GI Bill for Active Duty covers up to $2,122 every month for 36 months, which applies for full-time institutional education. However, eligibility will also depend on when and how long you have enlisted.

These benefits can ease a personnel’s education path by offsetting the cost of attendance. There are financial aid and scholarships for a member’s spouse as well.

In contrast, civilians can apply for aid, grants, and scholarships but are not guaranteed an offset. Whether or not a person receives a “benefit” depends on a variety of factors, like their eligibility, qualifications, and “competition”, among others.

Sometimes, a civilian employer will offer to assist with tuition for an employee through reimbursement. However, this is not common, and civilians can never expect an employer to pay for his or her spouses’ educational ventures as well.

The third difference between soldiers and civilians is a distinct set of laws that the former must follow. It is called the UCMJ, which is short for the Uniform Code of Military Justice.

The UCMJ was established by the United States Congress to promote discipline in the military. It forms the basis of the military justice system and is so important that it is mentioned in the armed forces’ oath of enlistment as well.

However, this does not mean that service members are allowed to neglect the laws that civilians abide by. The UCMJ’s laws are an “addition” to the general society’s civil and criminal laws. So, it is possible to say that military personnel are held to a higher and more demanding standard.

The fourth major difference between military and civilian life is access to healthcare. Those in service and their families have medical benefits through “TRICARE”, which offers a range of plans, such as TRICARE Prime, Young Adult, Select, For Life, and Dental Program. For more details, take a look at this site here.

On top of that, military members have annual checkups and professional medical treatment from a primary care manager. You will just have to schedule an appointment in the system, which is also available online, to get the medical attention that you need.

Most veterans are eligible for healthcare benefits. In particular, those who have been in service for at least 20 years will receive free healthcare when they retire.

On the other hand, civilians will have to request medical attention and reach out to practitioners and facilities on their own. They must also pay for health insurance or co-pay for medical services that they seek. In the United States, civilian medical bills can surge.

Like civilians, those who are or have been in the military have different options for retirement and pension. For example, a military member can use a “Thrift Savings Plan”. This gives somewhat similar tax benefits and savings to those private firms and corporations offer their employees under “401(k)”.

Moreover, the military offers members a pension depending on their service duration. When a personnel dedicates 20 years, the pension they receive is 50% of their base pay. The value increases by 2.5% for every additional year all the way up to 100% of the base pay if one stays for 40 years.

In the civilian world, retirement is less secure. It depends on the person’s specific retirement plan(s). However, just like the military, there are benefits available for civilians to avail of.

Now, you know the major differences regarding culture, housing and living, employment and career, education, laws, healthcare, and retirement between military life vs civilian life.

Hopefully, you have picked up what you need from this article. Do you know any other differences that should be added to this discussion? If yes, leave a comment! We are happy to hear from you. Also, feel free to share this article’s content with others.