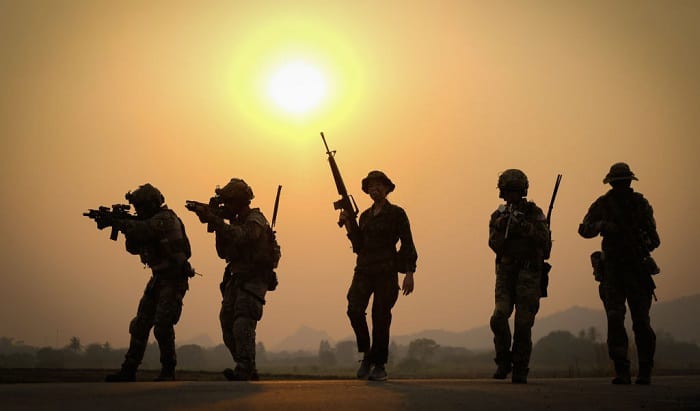 Knowing whether the majority of the military is conservative is an important insight not only in the niche topic of the military but also in other areas of life, such as voting.

Hence, “What percentage of the US military is conservative?” is an incredibly valid and relevant question. Have you ever had the same query? The answer is rather complicated, and unfortunately, not as concrete as we would like it to be.

Nevertheless, we have compiled various answers to this question from various sites and references for you to consider, including articles from Gallup, Military Times, Bloomberg, and Washington Post. You can look through all of them and determine your own takeaway. Go ahead and start reading!

What Does Being “Conservative” Mean 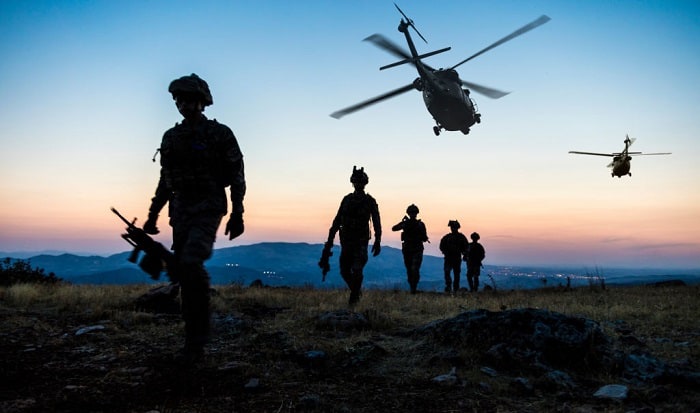 Before we dive into the specifics of the percentage of the US military being conservative, we will first take a look at what “conservative” means.

If you do not already know, this section will be very useful.

According to the Oxford Languages dictionary, “conservative” is an adjective for favoring private ownership, free enterprise, and socially traditional ideas. Similar words to conservative include right-wing, traditionalist, and reactionary.

But what does this mean exactly? People who are conservative believe in preserving institutions, particularly those of the parliamentary government, organized religion, and property rights. They tend to reject modernism and prefer a “return” to conventional values.

This implies that conservatives prefer existing institutions and conditions, or want to limit change and restore traditional ones. The political party associated with conservatism is the Republican.

The term “conservative” traces back to 1818, around the Bourbon Restoration period.

The tricky part about understanding conservatism is that there is no defined “conservative” set of policies. The meaning of conservatism can vary depending on the perception of tradition in a particular time and place.

So, some conservatives may disagree despite sharing “conservative thoughts”. The notion of conservative is now a lot different than it was in the past.

Due to the “variedness”, there are subcategories of conservatism, such as

Conservative is often put against “liberal”, which is defined as promoting democracy, civil liberties, and individual rights. Generally, liberals support progressive reforms, particularly ones that work towards greater economic and social equality.

Now that we have a good picture of what “conservative” means in our central query, we can move on to conservative in the military context.

Is the Military Conservative or Liberal 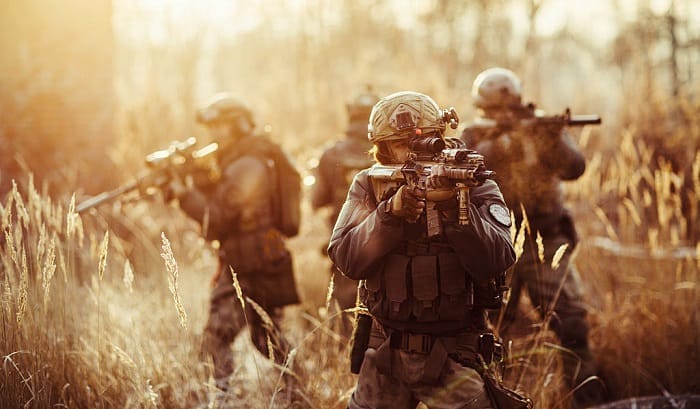 In a 2009 Gallup article, most veterans of all ages are Republican. The finding was deduced from an analysis that included over 138,000 interviews conducted by the newspapers’ Poll Daily tracking starting January of 2009. Only 29 percent identified as a Democrat. Although this cannot exactly translate into the percent of the military that is democrat, it does indicate that there is a skew towards the Republican party.

In an article by the Military Times in 2018, it was found that about 45 percent of polled troops intend to support Republican candidates. However, more than two-thirds of the responders are not registered with the party and thus do not count in the percentage of the military that is republican.

On the other hand, roughly 28 percent intend to vote for Democrats, despite only one-fifth being considered in the percent of the military that is a democrat. Thus, we can assume that more of the military are conservatives.

These results were from a September 20 to October 2 study conducted by the Military Times x Syracuse University’s Institute for Veterans and Military Families (IVMF). It was a voluntary but confidential online survey for U.S. military members, featuring 19 questions on the nation’s current political climate, policy, and national security.

There were 892 responses from active-duty personnel. More specifically, 89 percent were male and 11 percent were female, and the average age was 31 years old. The respondents identified themselves as 76 percent identified as white, 13 percent as Hispanic, 9 percent as African American, 5 percent as Asian, and 6 percent as other ethnicities, though they had the option to select more than one race. The study’s margin of error was approximately 2 percent.

The Military Times poll for this year saw a drop of 46 percent in 2017 to 38 percent in 2020, for active-duty personnel favoring a Republican candidate (Here, Trump).

Another source: Jon Soltz, who is an Army and founder of VoteVets—a 700,000-member progressive-leaning veterans’ political advocacy organization shares “The idea that veterans and military are heavily Republican is not true anymore.”

Many military leaders have publicly denounced Trump, who represented the Republican party during this time. This is taken as an indicator for “fewer conservatives” or at least the decline of predominant conservative thoughts in the military by many.

A Washington Post article in 2015 can also give us insights into conservatives in specific military branches. Using the Federal Election Commission’s aggregated data on contributions to political parties, the chart showcases that the Marines and Air Force tend to be significantly more conservative than the Navy and the Army.

This is also generally agreed by users on community forums, Reddit, and Quora, all of which discuss this topic in detail. Yet, there is no specific updated study on the most conservative branch of the military.

So, you have gone through this entire article on the topic of conservatives in the military. You should now know the answer to “What percentage of the US military is conservative?” Hopefully, this has been helpful. Share your thoughts with us in the comments below. Also, feel free to reach us with any other questions and queries!