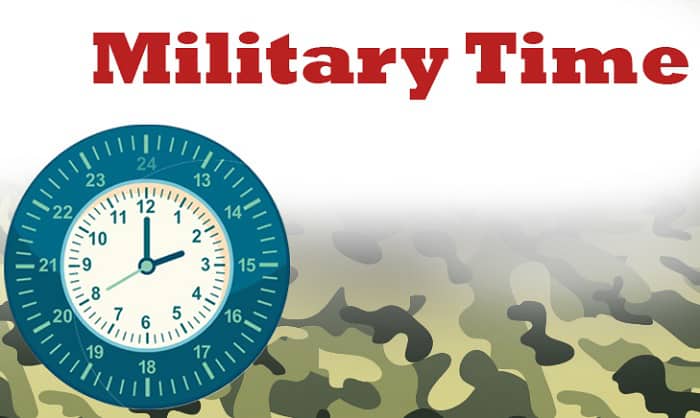 Among the many things you have to learn when you are in the military, the most important job to know is how to pronounce and read the time. Just as there is specific jargon and lingo that you, as a service member, have to be aware of, there is a particular way to tell military time.

You may have even heard of military time pronunciations in movies and films that feature the military. (It sounds pretty cool, right?)

Even though it is not common to learn how to say military time in basic education, you can easily be a master at reading military time with our detailed article here.

The most important difference between the military and civilian time that you should keep in mind is that the former uses a day clock measuring 24 hours rather than 12 hours. As such, there is more accuracy and less chance of mixing up A.M and P.M hours.

We will take you through everything you need to know on the topic of saying military time. So, are you ready to learn how to pronounce & read military time? Read on!

A Simple But Detailed Guide on How to Speak Military Time 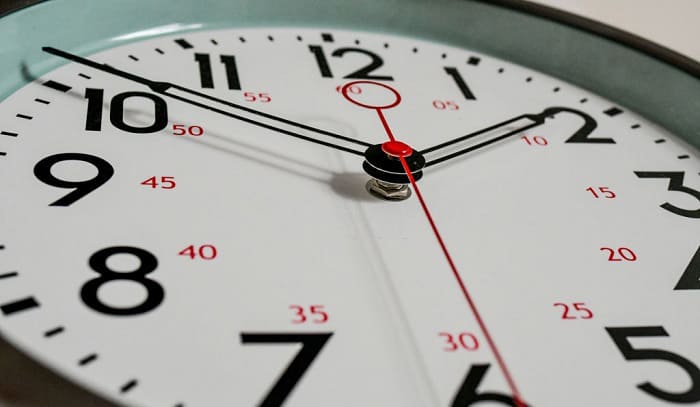 The main differences are in the presentation and pronunciation. In particular, military time does not have a colon between the hours and minutes, and 24-hour time is not read or displayed with the word “hours”.

When speaking military time, you will always see four digits. You should read them as two pairs in order from left to right. The first two digits are for “hours”, and the remaining two are for “minutes”.

Reading the “Hours” in Military Time

For hours without minutes, there are two ways that you can opt:

Sometimes, it is also possible to read 0 to 9 hours’ “zero” as “oh”. For example, 0900 is “oh nine hundred hours”, although “zero” is often considered more professional and diplomatic.

Reading the “Minutes” in Military Time 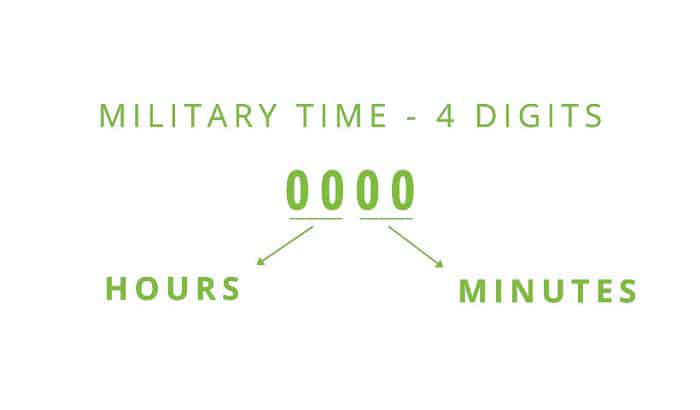 Even though the minutes are not separated from hours with a colon like standard time, there is a similarity that you should remember: As with reading hours, you first need to know if what you are about to say is higher than 10.

Seconds are read the same as in standard time. But typically, you will not see seconds spoken or written by classic military service members.

You may also find this table helpful.

Other Things Worth Noting

It is not only good to know how to read military time if you are about to enter service, but also in other contexts where you are frequented by hospitals and law enforcement. Also, it is used in emergency services and the aviation sector.

This timing system is used more commonly in India, the Philippines, Australia, the United Kingdom, and Germany as well.

Although military time is not easy to nail right off the bat, a little practice goes a long way. If you want to become used to military time as quickly as possible, dedicate time and effort to practicing how to read and convert it.

It is best to write these down as you pronounce them out loud. Attempt this from midnight until noon, then noon until midnight—over and over until you know it by heart (Do not worry, it is not impossible).

To help, here is an online military time converter that you can consider checking as you practice.

Now, you know how to pronounce & read military time. It is not the easiest to remember, but as long as you do not forget it is a 24-hour system and bookmark this article for future reference, you can rest assured that reading military time will never be a non-solvable problem.

If you are a soon-to-be military personnel, go ahead and impress your leaders and instructors! Otherwise, know that this small skill will be handy eventually. If you have any other questions or opinions that you want to share on this topic, feel free to leave a comment. We cannot wait to hear from you!