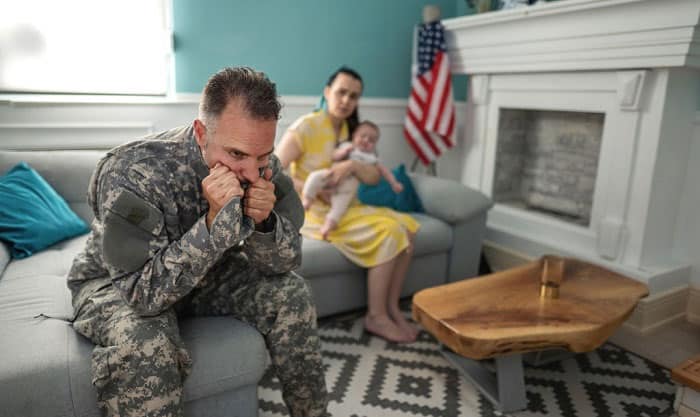 Adultery is a crime that can happen in many places, including the military.

According to the Uniform Code of Military Justice (Article 134), it is when (1) a soldier has had sexual intercourse without someone, (2) the soldier or sexual partner was married at the time with someone else, (3) the soldier degraded the conduct of good order and discipline.

Note: Service members are subject to the Uniform Code of Military Justice (UCMJ), which is a federal law put in force by Congress. 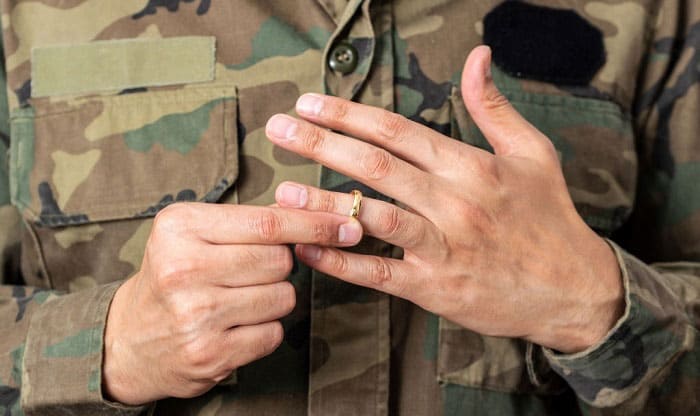 The Uniform Code of Military Justice (UCMJ) criminalizes adultery because

Note: Here, “discredit” refers to injuring the Armed Forces’ reputation, bringing the service to disrepute or subjected to public ridicule, and/or lowering the services’ public esteem.

The maximum punishment for adultery is a dishonorable discharge. The discharged personnel cannot receive pay and allowances. Plus, he or she will be in confinement for up to a year.

However, most cases are not given the maximum punishment. Instead, they may be given an Administrative Disciplinary Action, an Administrative Separation, or a Court-Martial. The last scenario can mean brig time, rank reduction, pay forfeitures, and/or a punitive discharge.

There are two options to report adultery in the military. The first is to ring up the accused’s commander to report. You can reach out to the Family Readiness Officer for the commander’s contact information.

However, because this can bring dishonor to the military unit, there is a high chance it won’t be persecuted and simply “swept under the rug” with an oral reprimand or a letter of reprimand from the commander to the accused.

Hence, if you intend to bring the accused out to the court, do not opt for this way of reporting. Instead, consider the following means.

File a petition for divorce. This is a public record document, so when you follow through with all of the processing, you will be able to officially “call out” your spouse having an affair while he or she is supposed to be serving the country. Also, check this guide to know more about military spouse divorce alimony!

But there are also some things you should think about before you report. Your spouses suffering from consequences can mean that you:

As mentioned earlier, the military considers three “elements” to determine if a case is an adultery or not. There must be evidence that:

Although the first two are straightforward, the third is a bit more complicated. Other factors will be taken into account, such as:

Only after careful considerations of these factors can the military decide if a case in an adultery case is worth persecuting.

If this “Mistake of Fact” defense is raised with evidence, the military must look at the proof and make more careful considerations to determine if the “belief” was dishonest or unreasonable.

It’s not easy to prove adultery in the military. But it’s not impossible.

Now that you know the investigation process for adultery in the Army, you should have an idea of what evidence you must have to prove it successfully. Make sure that you address each and every area of consideration mentioned above.

Before you leave this article, here is an example of adultery in the military. The “accused” and “found guilty” figure is former four-star rank, General David Petraeus.

He had an affair with biographer Paula Broadwell, but his case is still discussed “silently”. The debate is that his affair happened two months after he retired from the military. However, as retired officers are under the UCMJ for life, it is still possible to persecute Petraeus and strip him of his pension, which is $200,000 a year.

Find out more from this Youtube video from ABC News here.

With that, you have reached the end of this article on how to prove adultery in the military? Hopefully, this has been interesting and informative. If you liked this, please leave a comment! Also, you are welcome to ask questions or add your thoughts in the comments. Feel free to share this article’s content with other readers, such as your friends and family, as well. See you again!