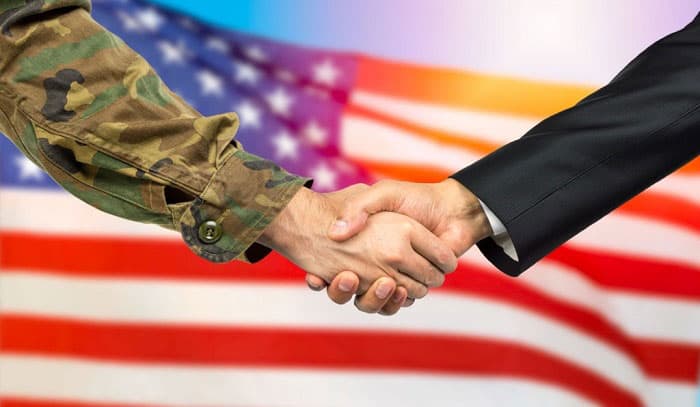 The US federal government is made up of three branches — legislative, executive, and judicial. It is the national government and federal republic of the 50 states. More specifically, all the powers are vested in the US Constitution, Congress, President, and federal courts. Most people know all this, including the make-up of the Congress. However, a lot are still not aware of “What is the relationship between the military and the federal government?”

That’s why we have set out to clear the confusion on this topic today. We will also look closely at the relationship between military and civilian leadership and the “civil-military” relations in the United States. Hence, if you want to understand more about the enormous forces in the country, join us in this exploration!

The Relationship Between the Military and the Federal Government 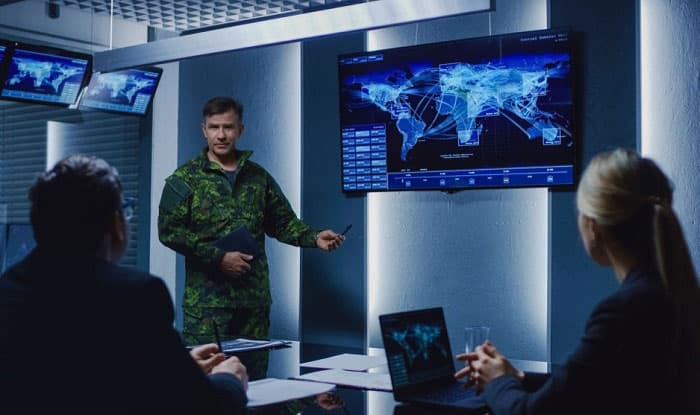 The President has the power to dismiss high-ranking military commanders. Here are 2 examples of Presidents doing just that:

(2) Former President Abraham Lincoln dismissed general George McClellan when he failed the Confederate army when the Civil War was happening.

Note: The US governor can also be a commander in chief for the National Guard, State Militia, and State Defense Forces.

Aside from serving as the commander in chief, the President has the authority to propose the annual national budget, which includes the budget dedicated to the military.

The federal government’s legislative branch includes Congress, which consists of the House of Representatives and the Senate. The house has 435 voting members, 6 non-voting members, and 1 resident commissioner, while the Senate has 100 senators (2 senators from each state).

The Senate has appointing authority over U.S military and naval officers. Congress as a whole, has the power to declare war, establish and support armies and navies, design rules for armed forces, provide for and arm the forces.

The military has its own law and its own court. The military’s law is called the Uniform Code of Military Justice (UCMJ) and is applicable to anyone in the armed forces, including retirees on or off a military installation. Violators of the UCMJ will be trialed at military courts.

However, military service members are also expected to abide by civilian law. In this regard, the military is still directly “governed” under the laws enforced by the federal government.

This refers to the relationship between civil society and military organizations, and while stated solidly in theory, it is much more complicated in practice. There are significant discussions that are worth knowing to get a general idea of US civil-military relations:

Samuel P. Huntington, a political scientist, believed that because civilians were mainly liberal, while the military was mostly conservative, there needs to be objective civilian control along with military professionalism.

Risa Brooks, a political science professor, believed that the relations depend on whether there is a preference divergence and a power imbalance, wherein the best arrangement is when the preference is low, and political leaders have the dominant power.

Morris Janowitz, a sociologist and professor, also reckoned two contrasting worlds between civil society and the military. But he argued that the military would actually benefit from being imbued with societal norms and expectations.

In pushing for convergence, Janowitz encouraged conscriptions and ROTC programs at civilian universities and colleges. This would “blur the lines” and get rid of the difference between the two: civil society and military, resulting in better civilian control of the military.

This was developed by sociologist Charles Moskos to delineate the changing relations between civil society and the military following the Cold War. In essence, the hypothesis states that the military was moving from an organization that was highly divergent from civilian society to an occupational nature that was more convergent.

This was crafted by Peter Feaver, a political science professor, in response to the “debate” about civilian leadership failing to understand how to use military force and failing to get victory in the Vietnam War.

This theory claims that the costs for agent monitoring is low, the principal (civil society) will opt for intrusive methods of control, such as inspections, hearings, and reports, and if the likelihood of shirking being detected is high or the cost of punishment is high, then shirking will not likely happen (by the agent, which is the military).

Rebecca L. Schiff proposes three institutions in society: the citizenry, military, and political elites. These institutions must cooperate and agree on four things, which are the social composition of the officer corps, the military style, the recruitment method for military personnel, and the political decision-making process. If they can do this, military intervention with civilian leadership will not occur. 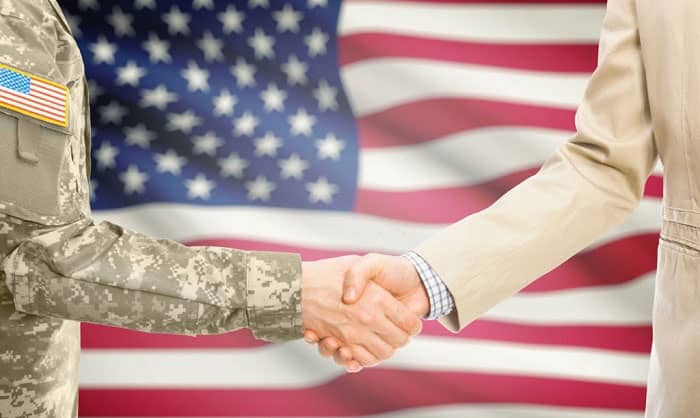 At the core of civil-military relations is the paradox that the federal government created a force that can pose a danger to their control. Previously, the solution to this was:

Today, there are a manifold of other ways that civilian leaders rely on to maintain control over the military, such as:

This refers to the gaps between the civilian world and the military world.

These gaps can affect the control civilian leadership have over the military and/or endanger the ability of the nation to effectively maintain a military. Suggested solutions to this include:

Now that you have finished reading this article, you should have no problem answering, “What is the relationship between the military and the federal government?” If you have any questions, leave them in the comments below. You are also welcome to share your thoughts there. We hope to hear from you! Don’t forget to forward this content to other readers as well!