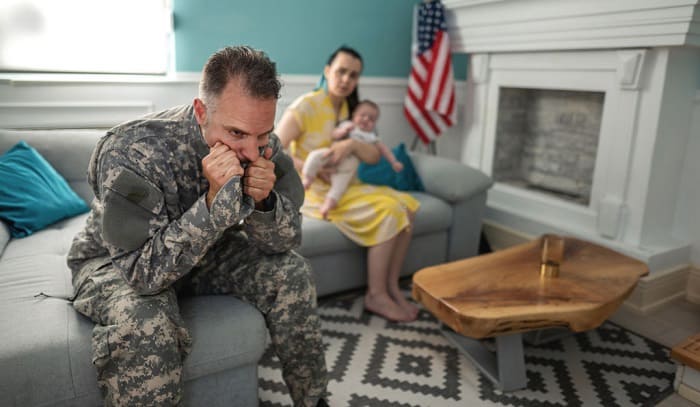 Infidelity in the Military 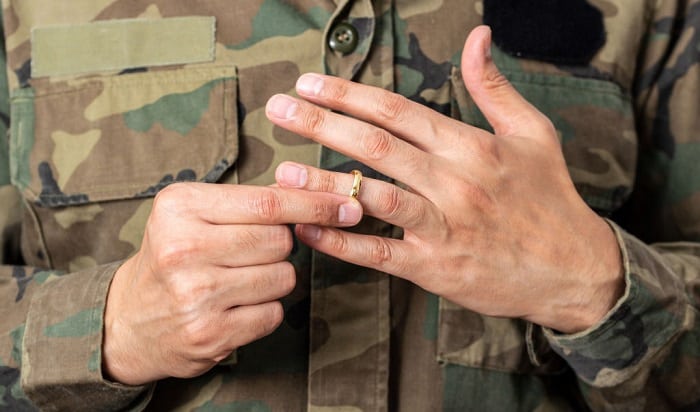 To start, we will define what infidelity is in the military. According to the UCMJ’s Article 134, adultery is a criminal act when certain “elements” are met. So what are these “elements”? Let’s find out now.

Infidelity or adultery in the military is when:

1. A military member had sexual intercourse with someone (not considering the genders).

2. The military member or co-actor was married to someone else (at that time).

Adultery is formally charged as Extramarital Sexual Conduct; thus, it is gender-neutral and not restricted to particular types of sexual intercourse. Sexual intercourse, genital-genital, oral-anal, oral-genital, and anal-genital acts are equally considered without considering the actors’ sexual orientation.

Note: The formal name of the offense is Extramarital Sexual Conduct.

The worst-case scenario for a military member committing infidelity is dishonorable discharge. He or she will not be entitled to any pay and allowances, and will also be in confinement for up to a year.

However, most of the time, military members are not given this maximum punishment. Instead, they will be given an ‘Administrative Disciplinary Action’, an ‘Administrative Separation’, or a ‘Court-Martial’. The last punishment can mean pay forfeitures, rank reduction, brig time, and/or a punitive discharge.

Before we head into the detailed “how” of reporting infidelity, it is good to brief through the reporting and investigation processes.

There are two ways to report infidelity in the military. The first option is to call the commander or the accused and report. To do this, you can get the commander’s contact information from the Family Readiness Officer.

The second option is to file a petition for divorce, which is a public record document. In doing this, you will have to follow through with the entire processing and officially (legally) “call out” your cheating partner.

However, with both options, there are other things you need to consider.

For the former method, you should remember that the commander can simply “brush off” your report. He or she may not want to dishonor their military unit and dismiss persecution. Instead, they might just give an oral reprimand or write a letter of reprimand, letting the cheating pair off the hook easily. Do not go this way if you are serious about bringing the accused to court.

For the latter method, you can expect the accused to be punished, but the consequences can also affect you (if you are a spouse).

You may receive less money for child support (if you do have a child) when your accused has to forfeit pay or is dropped down in ranks. You may also lose benefits that you are entitled to as a military spouse when the accused is dishonorably discharged.

This process can only be started when there is enough evidence to prove that the accused:

The third element is more complicated than the first two. Other factors must be considered like:

1. The marital status, grade, rank, and position of everyone involved.

2. The military status and relationship to the military of the accused or co-actor’s spouse.

4. The waste of government time and resources to consider this act.

5. The accompanying of other violations based on the UCMJ.

Persecution is only determined after all of these factors are carefully considered.

Note: Don’t mistake this process for reporting a fake military marriage. That’s a whole different thing. Also, here is the guide to spot a military impostor if you needed.

If the “Mistake of Fact” defense is raised with adequate evidence, the military must look at the proof provided and decide if the accused’s belief was unreasonable or dishonest. As such, it is not easy to prove and report adultery in the Army.

Still, it is not impossible.

Let’s recap what has to be done to report a cheating spouse in the military now!

Steps to Report a Soldier for Adultery 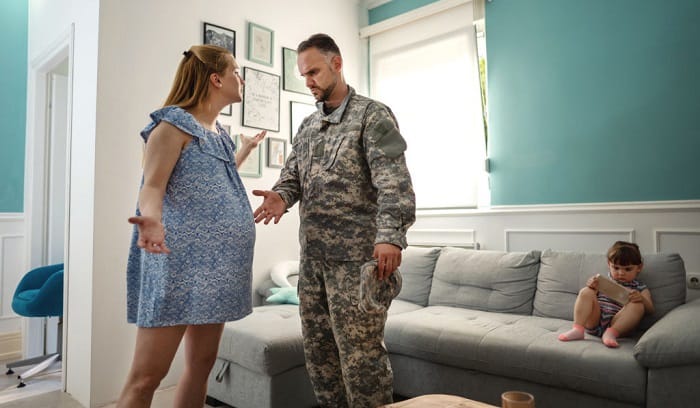 What You Will Need to Prepare

Ask yourself: “Are you ready to go through this lengthy and possibly frustrating process?” It is not as easy as you may think and your feelings can get hurt even further, and you may also lose benefits and money if your accused spouse is punished.

A lawyer can help ease you through this process. They are equipped with the legal knowledge and experience to help you report successfully.

You will need something to contact the commander of the accused or the court to file a divorce petition. You will need to prepare documents and files along the way, as well.

What You Will Need to Do

Decide on how you will report the accused’s conduct. As said above, there are two options. You can contact the accused’s commander and do this by getting the contact information from the Family Readiness Center. Or, you can file a petition for divorce.

Filing a divorce petition can differ depending on the state where you are at. But generally, you will need to prepare

You will have to file these with them to the court for them to be formally issued. Then, you can arrange for them to serve on the respondent. Also, check this article about military spouse divorce alimony if you needed!

2. Collect adequate evidence to prove that the accused’s conduct met all three elements

You will need to have solid proof. Remember the evidence must be sufficient to conclude that:

Note: Having physical proof and witnesses is a good idea.

You are now armed with the necessary information on how to report infidelity in the military. If you have any other questions or thoughts, feel free to reach out to us in the comments. Also, you are welcome to share this article with other readers.