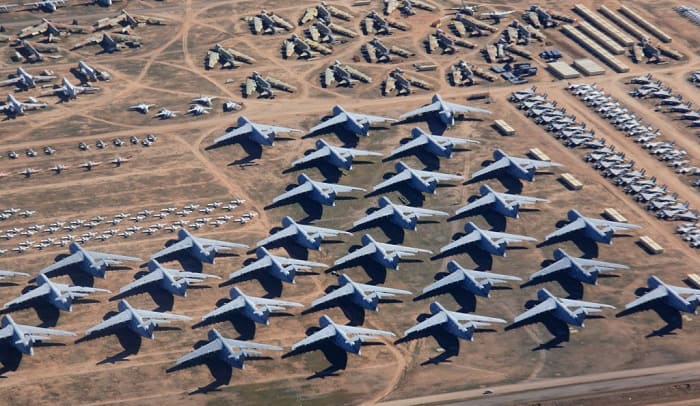 Military bases are set up by the military or for the military to shelter personnel and equipment. It is where training and other related operations take place. Although there is no exact number on how many bases there are in the US, in 2013, it is believed that there are at least 4,500.

Given this high number, it is natural to wonder “What is the largest military base in the US?” Indeed, this is one of the most common questions about the US military.

Regardless of whether you are a civilian, military goer, or enthusiast, it is good to have some knowledge of the largest US military base. That being said, the simple answer is Fort Bragg. You can learn more about the details as you continue to read. Go on!

The Story Behind the Biggest Military Base in the US 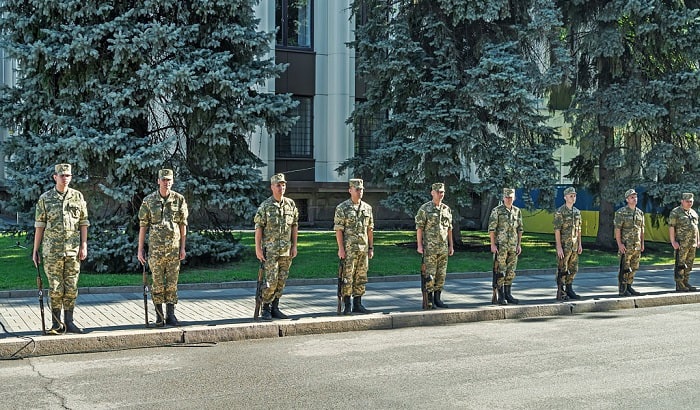 During this time, the United States had a third-rate military presence. It was not until World War I, did that begin to change. The military buildup was initiated in 1917, and the doughboys started moving by 1918. This was when new camps, all over the country, sprung into being as training sites.

Personnel, like King, were dispatched to search for suitable locations. The criteria were adequate water supply, soil, rail system, and weather to accommodate all-year-long training.

Relying on a compass and his geologist partner T. Wayland Vaughan, King headed South from Washington. The pair traveled for four days before stopping to rest in Fayetteville town.

Later, on the 4th of September, they decided on the area to open a camp. Even though the war was over by the time it was ready for use, the military kept it running to justify the +100 million dollars invested.

It was the new home for long-range artillery testing equipment, which previously “resided” in Alabama. Not too long later, it became a National Guard training center with balloon detachments and running aircraft. In addition, new air units arrived and Pope Field was established inside it.

Originally, the base was called Camp Brag—towards the end of September in 1922, it was renamed to Fort Bragg and deemed a permanent military installation. Since then, it was equipped with permanent fixtures, including brick barracks, paved sidewalks, etc.

Hence, when World War 2 came about, the base was one of the most critical facilities. Right after the war, the base was converted into a home for the 82nd Airborne Division, and then the XVIII Airborne Corps in 1951. At this point, Fort Bragg’s nickname was the “Home of the Airborne.”

Furthermore, it has the US Army Forces Command, US Army Reserve Command, and Womack Army Medical Center. Therefore, it makes sense for Fort Bragg to own the title of the biggest army base in the US.

There are some 57,000 service members, 11,000 civilians, and 23,000 dependents in this base, making it undoubtedly the largest military base in the United States.

Fort Bragg’s estimated area is 163,000 acres, which is 58,000 acres larger than the second biggest military base in the United States—Fort Campbell. To help you visualize. 163,000 acres is roughly 123 football fields! Impressive, right?

The runner up base is stationed on the Kentucky-Tennessee border. More specifically, about two-thirds of the base is in Tennessee, while the remaining is in Kentucky.

Fort Campbell is dedicated to the 101st Airborne Division Air Assault, which you may know as the “Screaming Eagles”.

Additionally, the base includes the 160th Special Operations Aviation Regiment and the Air Assault School, where the “Toughest 10 Days in the Army” occurs.

For more information on other big military bases in the United States, check out this detailed complication page. 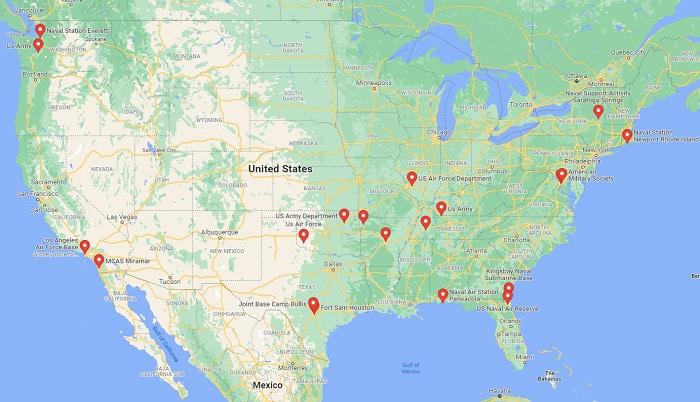 On July 3, 2016, the Major League Baseball (MLB) hosted a special game between the Atlanta Braves and Miami Marlins at Fort Bragg’s new ballpark.

This was written down in US history as the first time an active military base held a professional sports league’s regular-season game.

Fort Bragg also ranks in the list of the largest military bases in the world. For details on this, watch a Youtube video here.

If you know anything else about this topic or have any inquiries, feel free to let us know in the comments. We always look forward to hearing from our readers.