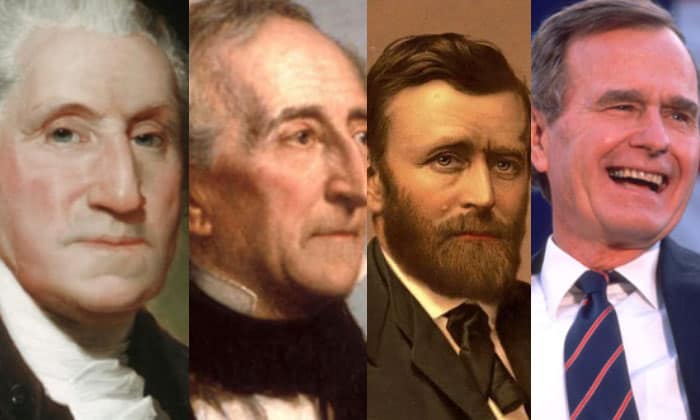 Understanding this, we have compiled a list of the U.S presidents that were in the military. We will give you not only the names but also the essential information of each President

So, join us on this walk down the “wall of fame”!

In this next section, we will take a closer look at each U.S President with military service! 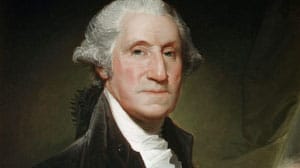 Topping our list is President George Washington, who served from 1789 to 1797. Not only was Washington a part of the military, he was the commander of all the troops in Virginia at the young age of 23. On top of that, he was the Major General and the Continental Army’s Commander-in-Chief (1175-1783) during the Revolutionary War.

Fun Fact: George only became President in 1789 after the war ended. 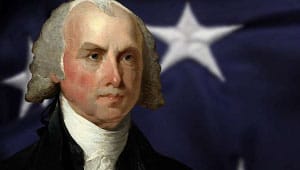 Following President George Washington on this list is President James Madison, whose term was from 1809 to 1817. From 1775 to 1781, Madison was a Virginia Militia’s colonel. Although he did not see combat because of health issues, he was an adept military leader. 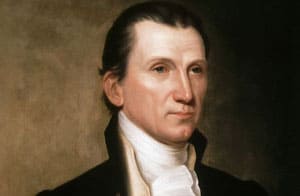 Coming third is President James Monroe. He served from 1817 to 1825. Before that, he fought in the Battle of Trenton (1776). His severed artery was the solid “proof” of military involvement. He later became a commissioned lieutenant colonel as well. 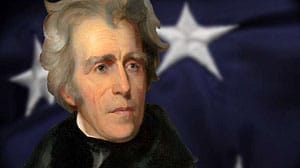 Fourth on this list is President Andrew Jackson. He was the U.S seventh President and hailed a military “hero”. His other nickname was “Old Hickory”. Jackson was a Major General in the U.S Army, Volunteer Army, and Tennessee Militia. His presidency was from 1829 to 1837. 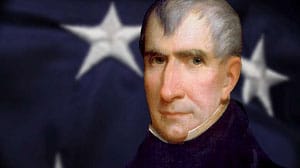 You probably know that Harrison is the shortest-serving President as he died 31 days into his term in 1841. But did you know that he also served in the military 1812 to 1814? That’s right! He was the Army of the Northwest’s Commander. When he resigned in 1814, he was awarded a gold medal for his triumph in the War of 1812. 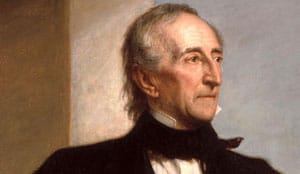 Before serving as a President from 1841 to 1845, Tyler was a captain of a Virginia-based militia company (Charles City Rifles). Therefore, it is safe to conclude that he had plenty of military experience prior to his presidency. 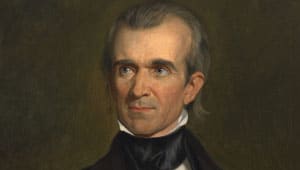 Next on the list is President James K. Polk. His term started in 1845 and ended in 1849. Before his presidency, in 1821, he was a colonel in the Tennessee Militia. His military experience played a large role in the Mexican-American War, particularly in extension of the U.S territory to the West. 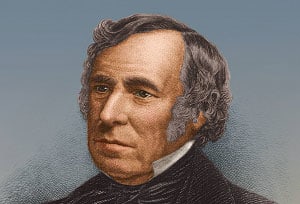 President Zachary Taylor did not aspire to be a President, though he did become one and served for a year from 1849 to 1850. He actually aspired to commit to a military career ever since he was young. He was in the Army from 1808 to 1849 and climbed the ranks through the War of 1812, the Black Hawk War, and the Second Seminole War.

Fun Fact: During the Mexican-American War, he became the Major General. His success in this position made him a national hero and a President. 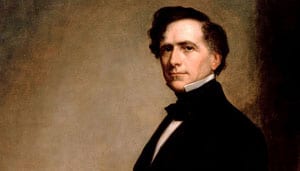 The ninth President on this list is President Franklin Pierce, who served from 1853 to 1857. Like a few other Presidents, he was in the Mexican-American War. He was a Brigadier General who brought home many victories. Even though he was committed to the military, a horse-related injury excluded him from the Army’s ultimate win at Battle of Chapultepec 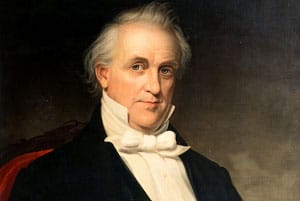 Buchanan, who served from 1857 to 1861, is the last President to serve in the War of 1812. He is also the only President whose military experience did not involve being an officer. He was a part of the private Pennsylvania Militia in 1814 and fought in the Maryland British Invasion. 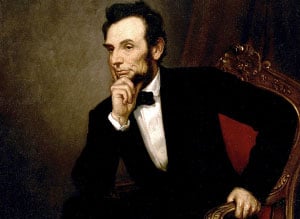 President Lincoln, whose term was from 1861 to 1865, is mostly known for his leadership role in the Civil War and the Emancipation Proclamation signing. However, it is also worth knowing that he spent a fair share of 1832 as the captain of the Illinois Militia fighting the Black Hawk War. 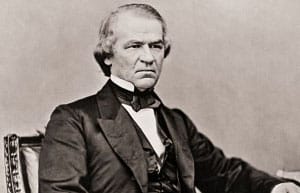 Johnson, whose term was from 1865 to 1869 was a Brigadier General in the Army until 1865. Although he was criticized for opposing the Reconstruction, we cannot discredit his military experience, which also includes his role as the Tennessee military governor in 1862. 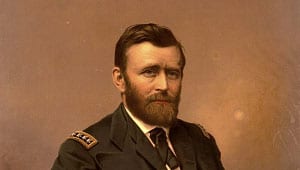 Grant’s presidency was from 1869 to 1877. Before that, he attended a U.S. Service academy and fought in the Mexican-American War. He was also an influential figure in the Civil War and a General of the Army from 1866 to 1869. 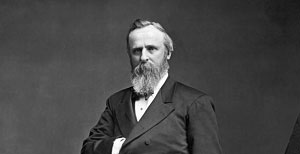 President Rutherford B. Hayes fought in the American Civil War as part of the Union Army from 1861 to 1865 and later became Major General. 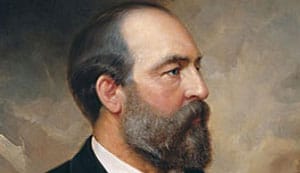 President Garfield joined the Army in 1861 as a lieutenant colonel for the Union. By 1863, he became a major general, making him the youngest officer with this title at the time. 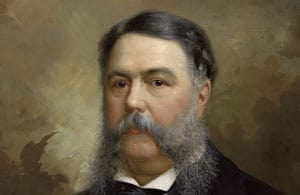 Arthur was in the military from 1858 to 1863, and was ultimately a Brigadier General. He served in the New York Militia during the Civil War but never saw combat because he had family ties with the Confederacy members. 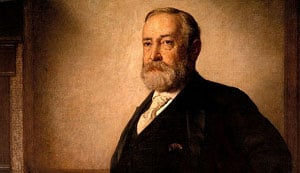 Following his grandfather’s footsteps, Harrison served in the Army during the Civil War. He fought for the Union for three years (1862-1865) and was a recruited Army volunteer in Indiana. In 1865, he became a Brevet Brigadier General of the volunteers. 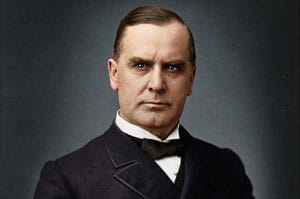 In 1862, McKinley joined the Union Army. He became the Brevet Major and served until 1865. He only resigned from the Army when the war ended. 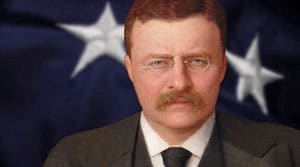 Teddy Roosevelt was a political person but left politics briefly in 1898 to organize the Rough Riders, a volunteer cavalry and fighting force in the Spanish-American War. It was during this that he became colonel. He also fought Cuba and was awarded a posthumous Medal of Honor. 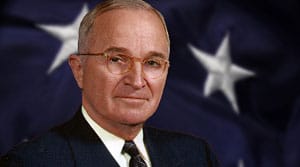 Truman was a part of the Army from 1919 to 1945. At one point, he was a colonel for the Army Officer Reserve Corps but when the First World War started, he became a Battery D captain in France. 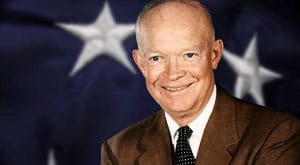 Upon graduation, Eisenhower was a second lieutenant. By 1944, he was a 5-star rank General of the Army in 1944. Afterward (1951-1942), he served as the North Atlantic Treaty Organization’s Supreme Allied Commander. 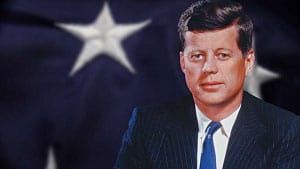 Kennedy joined the Navy after graduating from Harvard. He was awarded the Navy & Marine Corps Medal as well as a Purple Heart in the Second World War when he saved survivors from a Japanese warship. Before he had to leave because of a leg injury, Kennedy reached the rank of a lieutenant. 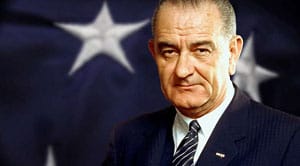 Johnson was also in the Navy. He was on active duty as lieutenant commander three days after the Pearl Harbor attack. Later, he became a Navy Reserve commander and served as such until 1964. 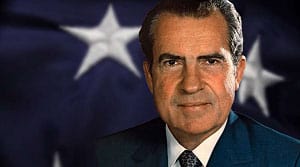 Although Nixon was a Quaker and could have been exempted from service, he applied to the Naval Reserve. He was on active duty in the South Pacific and a commander in the Navy Reserve until 1966, three years before he became the President. 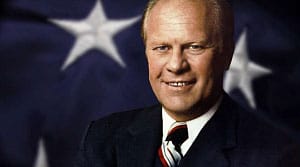 Following the Pearl Harbor attack, Ford joined the Navy. During the Second World War, he took part in the Pacific Theater. When he left the Navy Reserve, he was a lieutenant commander. 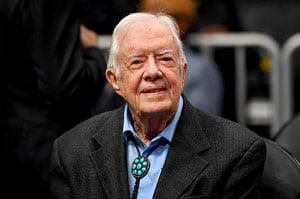 Carter’s military experience began with the Second World War. He had two years of surface ship duty and eventually became a lieutenant. He also worked on nuclear-powered submarines until 1953. 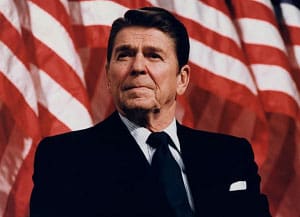 Reagan was in the Army from 1942 to 1945. Later, he recorded training videos, starred in patriotic films and became a captain while serving in the Army & Air Corps First Motion Picture Unit. 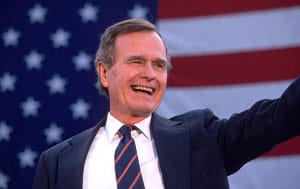 Bush joined the Navy when he turned 18 and became the youngest pilot at the time. His records were 58 combat missions during the Second World War and a lieutenant rank.

He was also credited with the Distinguished Flying Cross after flying to bomb an enemy radio site and was gunned down in the middle of the Pacific Ocean. 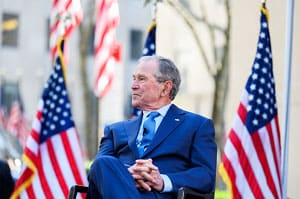 So, from our article, you have picked up information about each of the 29 U.S. Presidents who served in the military. Was anything particularly surprising or interesting? Let us know in the comments below! Also, share this with other readers.