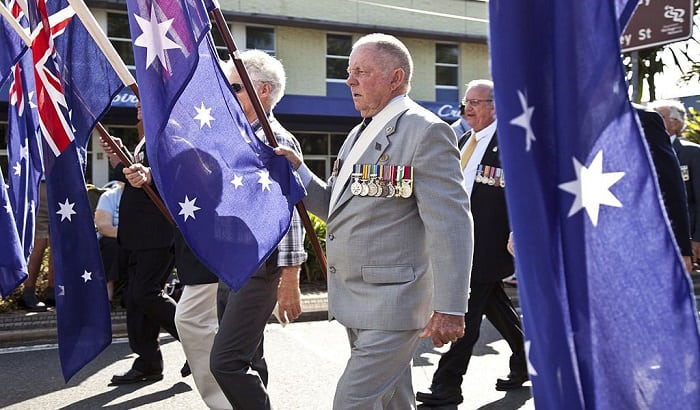 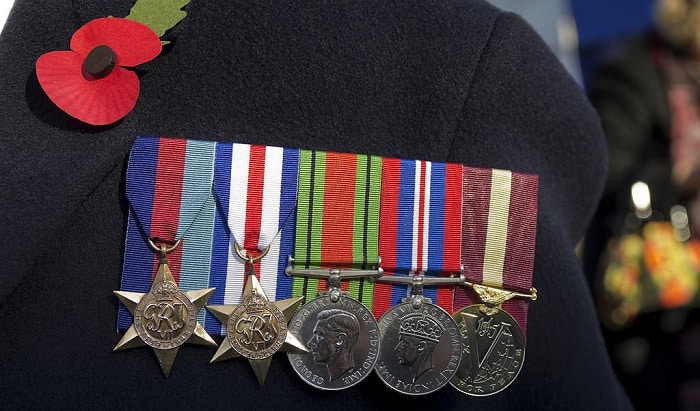 You just need to prepare your military medals and ribbons. Then, read our guide and follow along!

Full-size or miniature-size medals can be worn on civilian attire and should be placed in the same way as military medals on uniforms.

Here is an example of mini ribbons on a suit: 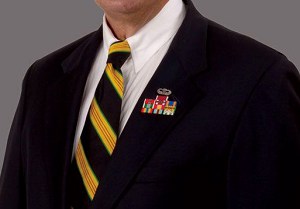 Each ribbon should be arranged in the order of precedence. The highest ranking ones are at the top and on the right.

For example, a ribbon rack can begin with a high-level Medal of Honor or a Distinguished Service Cross and finish with lower-level unit awards, non-military awards, and foreign awards.

The ribbons should be in rows, and the rows should not exceed four. If there are more than four ribbons, the wearer should start another role. The first and second rows should have the same number of ribbons, while the remaining rows can have fewer.

The entire ribbon rack should be pinned 1/8-inch above and in the center of the left breast pocket for male wearers and on the left side while centered with the nameplate on the right for female wearers.

Full-size or miniature-size medals can be worn on civilian attire and should be placed in the same way as military medals on uniforms. They should be worn on the left breast in the order of precedence from the top to the bottom and from the right to the left.

In other words, the medals with a higher order of precedence should be worn on the top row if more than one row is required, and they should be closer to the heart of the wearer.

All of the medals should be above the left breast pocket for males and centered for females.

Wear Army medals on the left not on the right: 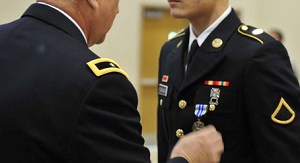 The medals should not overlap one another in a row. Even though medals that are on higher rows can hang down over the ones on lower rows, all medals should be visible.

Here is another example of Army medals on a uniform: 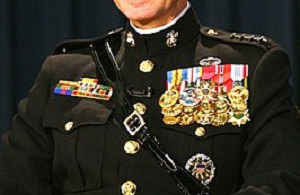 You can find more details in the Marine Corps Uniform Regulations (MCO P1020.34G).

Miniature replicas of ribbons in lapel buttons or rosette form can be worn on the left lapel of civilian clothes like on a blazer or on a tuxedo.

As with the Army, ribbons and medals should be worn in the same location and in the same manner as they are worn on the Air Force uniform.

According to the Air Force Instruction 36 – 2903 (Paragraph 4 – 4), wearing military medals on civilian suits is possible for retired Air Force members who were honorably discharged. On occasions like Memorial Day and Armed Forces Day, they can wear full-size or miniature-size medals.

Similar to the Navy and Air Force, the Coast Guard allows for the wearing of miniature medals on civilians’ evening dress and civilian dinner dress. In either case, they should be worn in the same manner as formal dress uniform wear and dinner dress uniform wear, respectively. Miniature replicas of ribbons can be worn on the left lapel of civilian clothes.

You can find more in the Coast Guard uniform Regulation, Table 3.G.1. 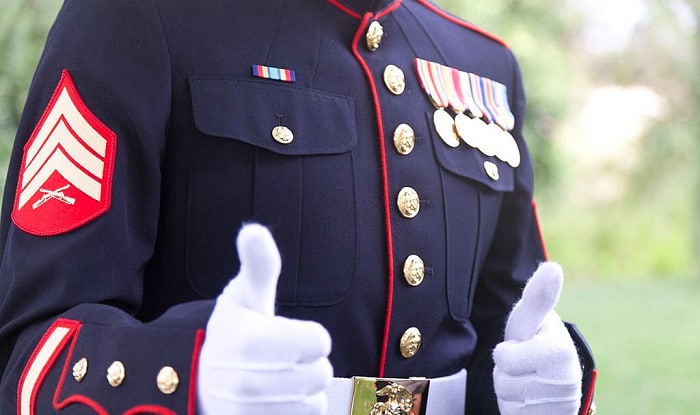 What is the order of precedence for military ribbons and medals?

In the instructions we have provided above, we mentioned arranging ribbons and medals in the order of precedence. But in what order are military ribbons worn?

When to wear medals or ribbons? When do you wear military medals?

You can wear military medals in civilian attire during events and occasions with a military theme. Some examples are Memorial Day and Veterans Day. It is also possible to wear them for parades, conferences, and funerals.

Can ribbons and medals be worn together?

You should not wear large medals and ribbons together. The only exception is if you wear unit ribbons on the right side of your uniform.

Can I wear my military ribbons on civilian clothing?

Yes, you can. But it is important that you wear them properly and with respect. You should avoid wearing them casually and in daily clothing, though.

Now, you should know how to wear military medals and ribbons outside of the military. If you have any thoughts or questions, reach out to us in the comments below. Otherwise, help us share this article with other readers!