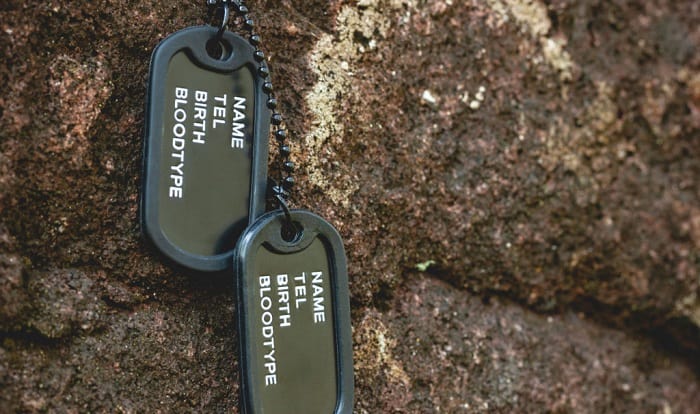 If you have ever seen military personnel in person or films, you will have noticed that they have dog tags around their necks. They are essential for identification purposes. But you probably were not able to read the details on the tag.

“What are on military dog tags” is a common question with a lot of information online. However, ironically, this makes it all the more confusing for us to filter and comprehend. That being said, this detailed article that we have put together here, will tell you general information on dog tags and more specifically, what goes on military dog tags.

The dog tags feature important information about the wearer and are mostly used for the wounded or dead. At the same time, it is a meaningful “token” that veterans pass down, particularly in “military families”.

As a result, the tags are often portrayed in films as a symbol of soldiers’ courageous service and dedication for his/her country. Usually, you can recognize these from their corrosion-resistant metal build and embossed text.

What Put on Military Dog Tags (Then & Now) 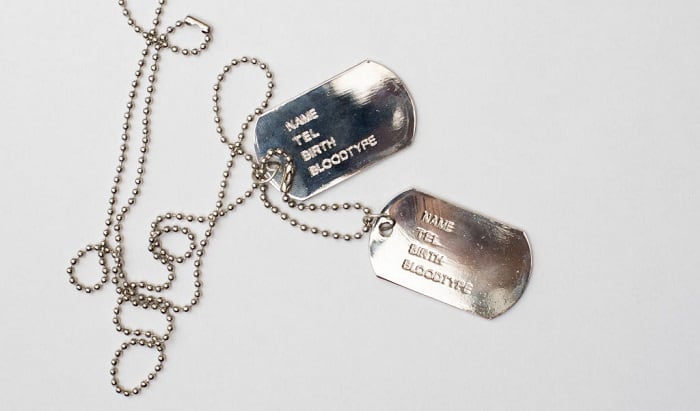 As mentioned briefly earlier, the tags that military personnel wear around their necks are called dog tags. This name arose as the tags resemble actual tags that dogs wear.

The more official and formal name for these, however, are identification tags. They are for identifying the wounded or dead. All soldiers are required to wear the tags at all times.

These tags can be traced back to the Civil War when soldiers wrote their basic information on a strip of paper and pinned it onto their uniforms.

Another reason is that they can be identified just in case they were severely injured or killed. However, at the time, these were not “official” tags. By the same token, there were no standards on what information was included.

Previously, for “religious preference”, soldiers could only put “Protestant”, “Catholic”, “Hebrew”. However, today, there is an option for “None”—no religious preference as well. There is no list of “approved” religions, so technically, soldiers can put down any preference they want on the tag. Other examples include “Agnostic” and “Atheist”.

Additionally, the tag can imprint the wearer’s specific military branch, which is one of the five: Army, Air Force, Navy, Marine Corps, and Coast Guard. There may also be tags for Special Forces used by the Special Operations, like the Army Rangers, Green Berets, Delta Force, Navy Seals, Commandos, etc. These are typically black, as follows: 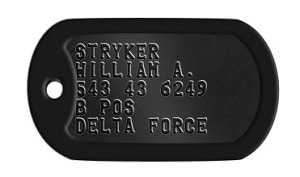 Here are examples of dog tags from each military branch for your reference. 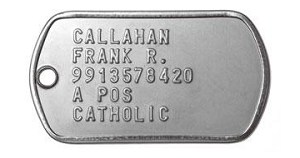 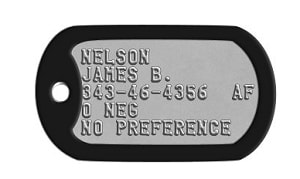 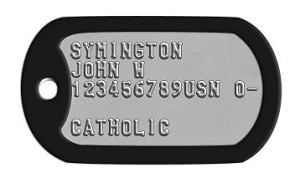 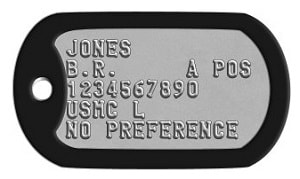 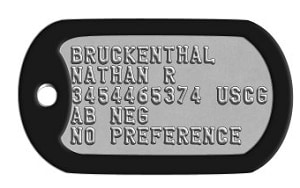 They contain two copies of information, as a single tag that can be broken in half, or as two identical tags on one chain. In other cases, soldiers will wear a tag around the neck and keep the other inside their shoes.

The duplication is so that one tag can be collected for notification while the other is kept on the corpse if the body of the wearer cannot be recovered immediately.

When a soldier requires special medical attention, they may be issued an additional red tag with pertinent information. It Is like a medical “bracelet”, which alerts doctors and responders. This red tag is worn along with the soldier’s original dog tags. It looks like this: 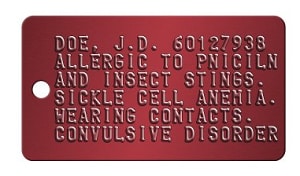 Dog tags can look a bit different depending on the time or “era” that they were worn. 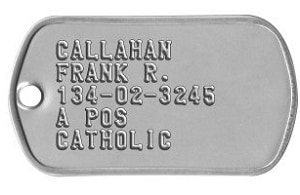 The dog tags were issued with a social security number. Dog tag Army, specifically, were issued to the US Army, Army Reserve, Army National Guard, Department of the Army, and other civilian personnel that is authorized, including ones overseas.

The will display the wearer’s last name, first name, middle initial, name suffix, social security number, blood type, and religion, to look something like this: 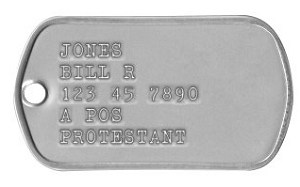 In terms of design, the Vietnam era do tags had a rolled edge as well as a hole on the left. The text is debossed, featuring the same information as the 195 – 2015 time period.

This was during the Korean War. The tags were also rounded in the edges. There was debossed text along with a notch. The information, however, is slightly different. Aside from the wearer’s last name, first name, middle initial, blood type, and religion, their service prefix and number are included, as well as tetanus toxoid shot year.

These are commonly referred to as the World War II dog tags. They also contain a notch, which is used to position the tag in transcription tools. Medics used these to quickly transfer the wearer’s information onto medical paper forms or burial records.

Up until 1939, the tags were round and had an aluminum build or monel build. The information was stamped on and limited information because of its shape and size.

In 1940, the tag displayed the wearer’s name and serial number on the top two lines. Then, the emergency contact information, next of kin’s name, address, city, and state in lines three to five.

Towards the end of 1941, medical information, including blood type and tetanus shot year, was added to the second line. This was to assist medics in the field. During this time, the wearer’s religious preference was also added.

In 1943, the emergency contact information was taken off the tags. This was because a few soldiers were deployed overseas, and information about next of kin’s name, address, city, and state can be used against captured personnel as threats.

Finally, in 1944, a standard layout was set for last name, first name, and middle initial.

Military Dog Tag Information Outside of the United States

Outside of the United States armed forces, military dog tags are also used. The British forces plus Canadian forces use these tags as well. Although they look a bit different, they feature similar information as the US’s tags. 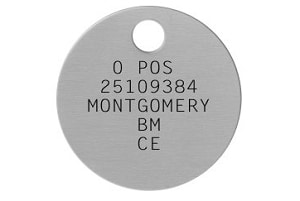 As you can see, the tag is circular, flat, and has a hole on top. It is typically made of stainless steel.

The Canadian dog tag is also from stainless steel but it has a matte finish. The text is laser engraved as opposed to the embossed approach that the US’s dog tag uses. Before that, the Canadian military used a mechanical indenting procedure.

Like the US’s tags, the tags worn by Canadian soldiers can be broken in half, one for the HQ and one to remain on the body. Slightly different, however, the information on the top half is duplicated on the bottom.

The specific information to include is service number, surname, first initial, second initial, religion, blood type, and force. Here, the service number refers to the “PRI” or the Personal Records Identifier. It is a single letter and eight digits in groups of three.

On the flip side, there are also the words “DO NOT REMOVE/NE PAS ENLEVER. 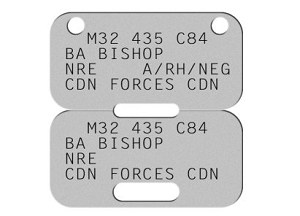 Were you able to pick up the information needed? Let us know what you thought of this article in the comments. You are welcome to reach out for any further questions too!