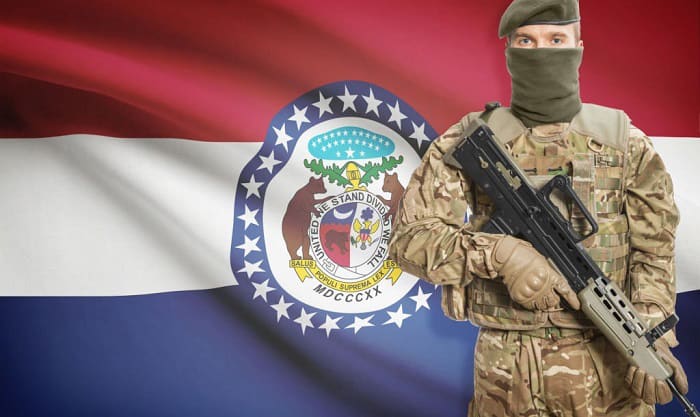 Keep reading to find the basic information of each of the named bases!

Here are some of the military bases on the Missouri map: 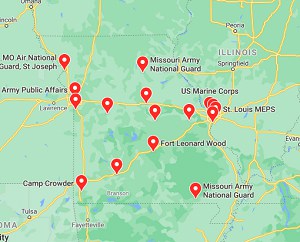 This is one of the newer (and thus, younger) bases in the state. It was opened in 2013 and has since served as a training base. It is home to the 348th Engineer Company and the 483rd Engineer Platoon.

The base has a special Engagement Skills Trainer system, plenty of state-of-art equipment, and nine acres of open land for optimal training.

Here is a photo of the center: 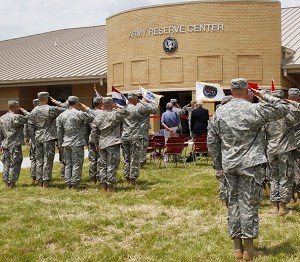 This is an Army training base in Pulaski County. It covers 63,000 acres of remote rural land. The base is also nicknamed “Fort Lost in the Woods of Misery.”

Built in 1940, Fort Leonard Wood Missouri Army base was dedicated to infantry training. Later, it became a center for training students. In 2009, it welcomed most non-combat soldiers, new second lieutenants in the engineer and military police branches, the Noncommissioned Officer Academy, the Advanced Leaders Course for Ordnance NCOS, etc.

There are 2,100 housing units on-base and various post amenities — a post exchange with a food court, an optical shop, a flower shop, an engraving shop, a cell phone service shop, a packaging and shipping shop, a furniture store, a uniform store, a General Nutrition center, and a mini-mall.

Here is a drone-pov picture of the Army fort in Missouri: 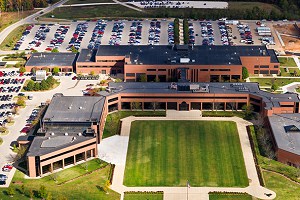 This Navy center is in St. Louis. It was developed back in 1941 as a Navy Operational Support center. Its key function is to provide administrative support and housing for Navy Operations in the area. In addition, it serves as the official base for the Missouri Naval Reserves. There are a few Marines stationed on base as well (Specifically, it is the 3rd Battalion and 23rd Marine Regiment).

This Air Force base is in Knob Noster. It is currently home to around 3,800 active duty military members, 902 civilian workers, and 5,000 family members. Of the military members, there is the 509th Bomb Wing, Missouri Army National Guards’ 1/135th Aviation Battalion, and the Navy Reserves’ Mobile Inshore Under- Sea Warfare 114 Unit.

The base is named after second lieutenant George Whiteman, who was the first pilot killed in combat in Hawaii during the Pearl Harbor Attack.

There are roughly 830 housing units on-base with lodging (temporary) for military members from E-1 to Senior Officers.

There is a Child Development Center on base providing day care and after school programs. There are also Youth Services programs and teen programs for those from grades 8 to 12.

Other base amenities include a United Missouri bank, Commissary and Base Exchange facility, healthcare clinic, and elementary school.

Here is a glimpse of the base’s entrance: 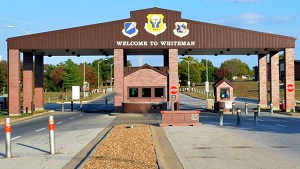 This Air station was built in 1825 as a general military installation. It came under the Air Force’s control in 1946 and became an Air National Guard base.

Today, however, it operates as a site for Space Command Readiness. The units stationed here are the 239th Combat Communications Squadron and 131st Bomb Wing.

Here is one section of the station: 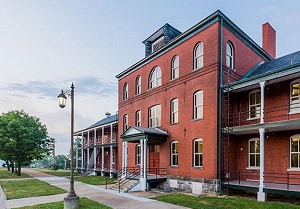 This base, built in 1940, is located in Saint Joseph. It runs as a part of the Rosecrans Memorial Airport. The base is a training facility for the Air National Guard airlift operations. It supports other airborne elements of the military as well. A notable unit stationed in this base is the 39th Airlift Wing.

This used to be one of the most important Marine Corps Reserves branches. It was constructed in 2004, following the Reserve Support Command’s restructuring. Today, it is inactive. But back then, it hosted up to 40,000 individuals and 200 centers throughout the country.

Its main mission was to support reserve units in the Marine Corps. The units must be combat-ready at all times. They were expected to join wars or other emergencies when necessary.

The base supports the IMA and IRR. For the former, the base is in charge of the administrative aspects of Reserve programs and Marine regulations. For the latter, the base is responsible for keeping tabs with the officials on their locations and activities.

This is a training base in Springfield. It was built in 1967. Despite its name, today, its primary mission is to train both reserve and active duty Marines. Many Marine units stationed in Missouri reside in this base.

To name a few: the 4th Marine Division, the 14th, 23rd, and 25th Marine Regiments, the 3rd and 4th Force Reconnaissance Companies, and the Anti-Tank Training Company.

As indicated in the name, this base is operated by the Coast Guard and is located in St. Louis. It was founded in 1964. At present, the base is the headquarters for Coast Guard operations. There are five rapid response boats kept on base. 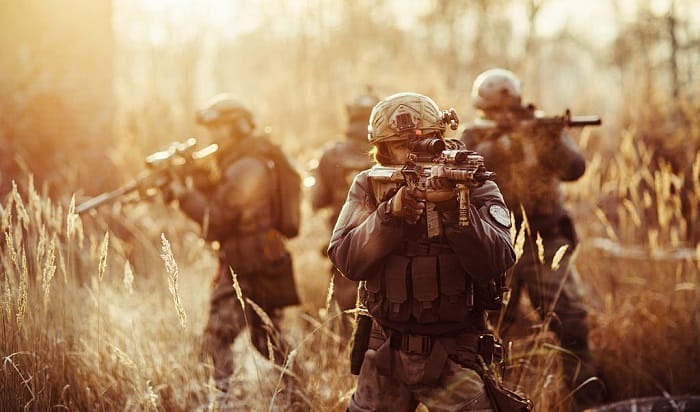 1. How many military bases are in Missouri?

As we have listed, there are seven military bases in Missouri. There are three Army bases, one Navy base, two Air Force bases, and one Marine Corps base (But note that the Marine base is inactive).

2. Is there a St. Louis military base?

Yes. There are military bases in St. Louis.

There is a Navy base: the Navy Operational Support Center.

There is also a Coast Guard Station in St. Louis, which acts as a headquarters for operations of the service branch.

3. Are there Marine Corps bases in Missouri?

There used to be one: the MC Mobilization Command Marine Corps. But this base is no longer active. So, technically, there is only one Marine base in Missouri.

4. What is the name of the Army base in Kansas City, Missouri?

The name of the base is Belton Army Reserve Center. It is in Belton, Kansas City of Missouri.

Now, you know the answer to, “What are the military bases in Missouri?” There are 10 bases in total. Of the number, three are of the Army’s and three are of the Air Force’s. There is one Navy base, two Marine bases, and one Coast Guard base.

Hopefully, you have learned a lot from our article. If you have any other questions, feel free to reach out to us in the comments down below. Please help us share this article with other readers as well!

Before you go, don’t forget to check other military bases in other states, such as: