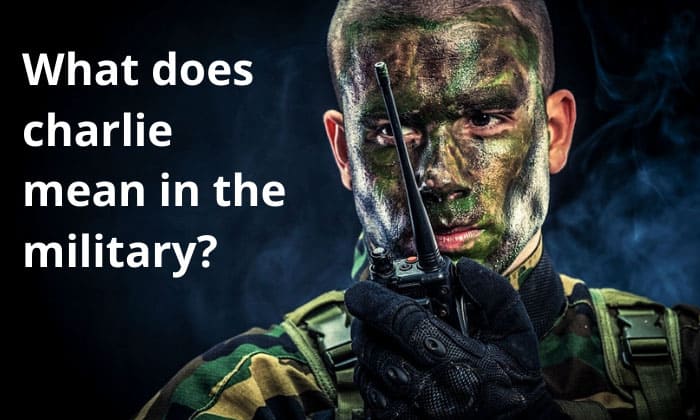 You might recognize “Charlie’s Army” as the 2012 movie directed by Norman Stone and starring Chick Allan, Russell Crows, and Callum Cuthbertson, or the Indie song by The Menzingers. But, did you know that Charlie is also a special term in the military?

Charlie is a military jargon that you might come across as a civilian when reading books or watching films, and definitely will hear about as a soon-to-be service member. But Charlie just sounds like a name, right? WRONG. So, what does Charlie mean in the military?

There are 7 meanings to Charlie in the military. To summarize, the Charlie military meanings are:

For the details of each Charlie meaning within the military realm, keep reading. We will show you all there is to know. Don’t miss out!

7 Charlie Meanings in the Military 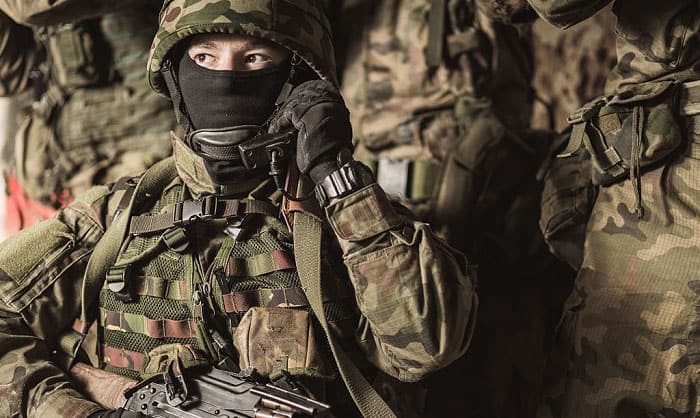 As said earlier, the Charlie military term has 7 different meanings. We will explore each of them in detail now! Are you ready? Let’s go!

1. A Soviet Navy’s submarine classified as the “Charlie” class

The Soviet Navy operates nuclear-powered cruise missile submarines that are classified as Charlie I or II. These submarines are decommissioned and used for Oniks missile tests. The Charlie I and II submarines were designed by Gorky’s Lazurit Central Design Bureau.

The Charlie I is about 95m or 312ft in length and was 4,000 tons when surfaced and 4,900 tons when submerged. Its beam was 10m or 32ft-and-10in with an 8m (338ft) draught and propulsion including a pressurized water reactor that powered two steam turbines delivering 11,185 kW. The recorded speeds were 37km/hr or 23mph when surfaced and 44km/h or 28mph when submerged. Arnaments include:

The Charlie I was launched back in 1967 at the Gorky’s Krasnoye Sormovo inland shipyard, as part of Project 670 Skat. They were designed for surprise attacks on aircraft carriers and other high-value surface targets. There were 11 Charlie 1 class submarines used between 1964 and 1971.

The last Charlie ceased activities in 1994 and one class unit was leased to the Indian Navy in 1988 for 3 years to gain experience in nuclear submarine operations.

2. A military slang for the Viet Cong and North Vietnamese soldiers during the Vietnam War

During the Vietnam War, American soldiers referred to the Viet Cong as V-C or Victor Charlie, wherein “Victor” and “Charlie” are letters in the military’s NATO phonetic alphabet. The name “Charlie” was used to call communist forces in general,

Simply put, it is a shortened nickname so that American soldiers did not have to spell out “Viet Cong”. If the entire “Viet Cong” name was spelled out, it would have been:

Very long, right? V.C to Victor Charlie was much easier and convenient. Later, it became just Charlie, and sometimes, even Charles.

Fun Fact: Charlie’s first appearance with this meaning was in a Saigon newspaper (1956).

3. The letter “C” in the NATO phonetic alphabet used in the radiotelephone.

The NATO phonetic alphabet, also widely known as the International Radiotelephony Alphabet, includes 26 codewords assigned to each letter in the alphabet. The purpose of this was to make sure similar words or letters would not be ambiguous, particularly during radio or telephone communications.

Here is a chart of the NATO phonetic alphabet.

As you can see, Charlie stands for “C” in this alphabet system.

Note: “Delta” is sometimes “Data”, “Dixie”, or “David”. “Whiskey” is replaced by “Washington” or “White” in Muslim countries, and “India” is “Italy” or “Indigo” in Pakistan.

You can check this article to know what Foxtrot Juliet Bravo means in the military. Furthermore, learn more about the NATO phonetic alphabet here.

4. A radiospeak that means “Continue Mission” during missions and operations

In the military, you will surely hear the term “Charlie Mike”, which means “Continue Mission” when translated from the NATO phonetic alphabet. Typically, you will catch this term while communicating through the radio during missions and operations.

5. A radiospeak that means “Loud & Clear” during radio checks

Another radiospeak in the military that involves the term “Charlie” is “Lima Charlie”. Based on the NATO phonetic alphabet it is referring to “L” and “C”, short for “loud and clear”. This is typically used to respond to a radio check.

6. The third threat level above “normal” for military installations

Hence, in this regard, “Charlie” is a high-level threat. This is when there is an incident or a form of terrorist activity recognized by intelligence.

7. A phonetic expression for a clusterfuck

Another term that you will likely hear in the military is “Charlie Foxtrot”, which refers to a clusterfuck. If you search “clusterfucks” in the dictionary, you will not get any definitions. But do not worry. We will define it for you here. “Clusterfucks” is a military jargon that means:

Through the radio, military personnel will say “Charlie Foxtrot” because of the primary use of the NATO phonetic alphabet, rather than “clusterfucks”.

To recap, Charlie has 7 different meanings in the military. Hopefully, now, you no longer need to ponder about “What does Charlie mean in the military?”

Did you find this interesting and informative? Is there anything else you would like to ask or add? If yes, please do not hesitate to reach out to us in the comments!