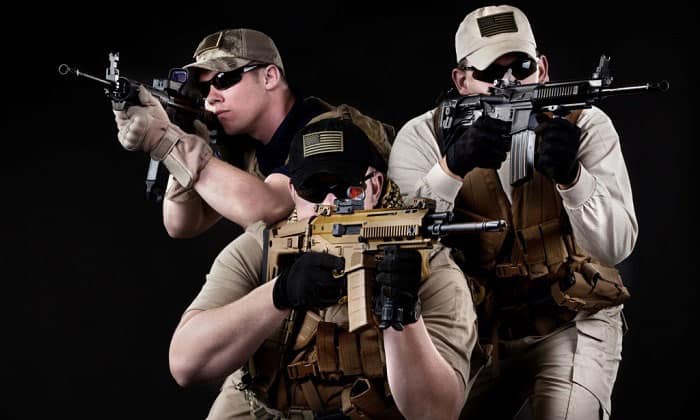 Did you know that you can be a part of the military without becoming a soldier that ventures into the battlefield? Yes, you read that right!

Your next career move can be a military contractor. It is an umbrella term that refers to anyone with military experience providing a broad range of services to government and private entities.

To find out if this job is a fit for you, this article curates the answers to:

Learn everything there is to know about military contractors by continuing to read. 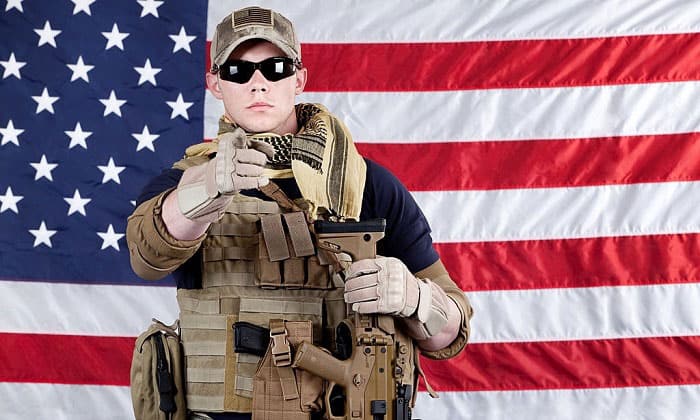 What Does a Military Contractor Do?

Military contractors can be hired for different services, from repairing equipment to supplying transportation. Some may be deployed to conflict- or war zones for armed combat, while others can be trainers for military personnel. Many provide close protection or escort high-risk figures. There are also those who work in logistics and maintenance or security planning. Despite the wide range of jobs, however, it is safe to say that military contractors perform specialized jobs.

As said earlier, there are different types of military contractors. These are based on the nature of the job they take and their niche. For example, there are “intelligence” contractors. In 2008, 29% of the U.S workforce in Intelligence were PMCs.

Here are a few common types of military contractor jobs:

This is one of the most popular military contractor jobs. In this position, you will provide care and first aid for personnel in combat. Typically, you will move along with the troops that serve and oversee their ongoing health conditions.

There is always a high demand for medics because this role entails directly saving lives on the battlefield(s). The national average salary for a military contractor medic is $20.12 an hour.

This is generally thought of as a non-military job. But, in reality, many firefighters are hired as military contractors to combat and extinguish fires in conflict- and war zones.

You will also provide said services in military bases, installations, and airports. Additional tasks include evacuating civilians and responding to fire alarms. You may also be hired to protect a specific information/equipment-containing area. Military contractor firefighters earn up to $44,751 per year.

This is one of the more high-paying military contractor jobs. You work as trainers for recruits or veterans in a particular niche, which can be a skill or type of combat. With this job, you must be able to teach with a hands-on approach, offer performance-based and scenario-solving practice, and final assessments. The national average salary a year is $61,985.

IT is short for information technology. Hence, in this military contractor job, you are expected to work with computers, software, and similar equipment and programs. You may be hired to diagnose problems, install, monitor, and/or test. Usually, the end goal is to make sure that IT networks and systems are efficient and unaffected by external entities.

As a military contractor IT technician, you not only have to be well-versed in IT, but also be able to work under time constraints and pressure. You may have to work in remote or foreign places, as well. However, you can earn up to $75,393 a year.

A military contractor security manager ensures the safety of a specific person or location, like a military base or installation. You will have to craft and enforce policies, procedures, protocols, all while making and sticking to a budget. The national average salary is $60,400 a year.

This is one of the lower-paying jobs, but it is still worth considering. You gather information for the government and perform similar technical surveillance activities. Typically, your work will be involved with secretive operations for the interest of the nation. The national average salary is $20.49 an hour.

The nature of this job is not much different from civilian logistics coordinators. You will have to manage the acquisition, handle supply chains, and manage facilities. These will likely involve troops and their equipment. You can earn $16.55 an hour as a military contractor logistics coordinator.

Other examples of what military contractors do are:

What are the Requirements to Become a Military Contractor?

Like any other job, you must meet a few basic requirements to become a military contractor. The requirements are as follows:

To qualify as a military contractor, you must have knowledge and skills regarding self-defense, gun use and control, etc. You may need to enroll in basic courses and training to pick up these necessities. In addition, knowing and being able to recognize weapons, such as Glocks 8mms, Mossberg shotguns, and AR rifles, is important.

In your CV, it is necessary to demonstrate that you have:

What Can a Military Contractor Expect?

Since there are a lot of different jobs that a military contractor can take, there is no designated salary expectation range. However, rest assured that the pay is rewarding.

Some military contractors are paid hourly or daily. The latter usually ranges from $500 to $1,000, depending on the person hiring and what the contractor is hired for. In the best cases, you will be able to earn up to $400,000 a year.

Big-named PMCs in the U.S are Academi, Northbridge Services Group, KBR, Vinnell Corps, and G4S. We recommend being proactive and looking up these companies’ job openings. There may be a job vacancy that you can fill.

If you have additional questions or thoughts that you would like to ask or add, feel free to leave a comment. Since we check the comments daily, we will surely reach out to you soon!