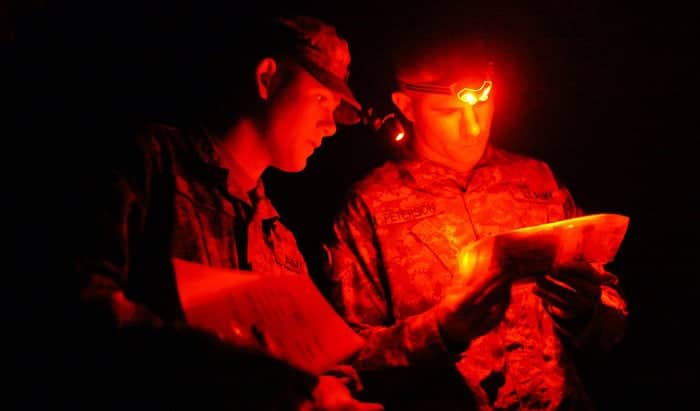 Red tactical headlamps are among the many gears that military personnel strap onto their bodies and bring along with them all the time. If you have seen movies with soldiers in combat, you surely have also seen these headlamps.

Are you curious to find out? Well, here is your chance to know more! Continue reading for details.

What is a Red Tactical Headlamp 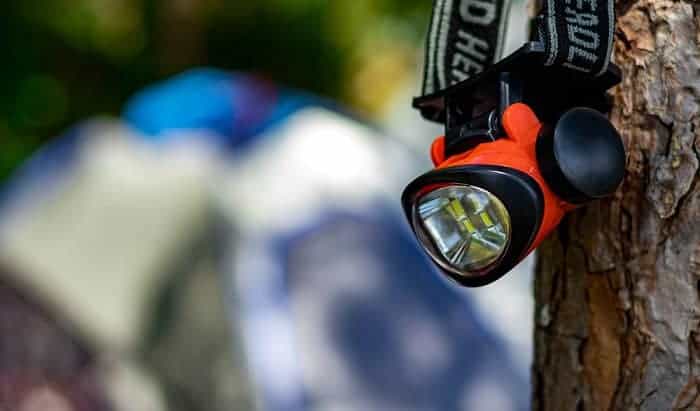 You may have heard of these headlamps in video games, where they are called power armor headlamps. However, in this article, we will be talking about real-life red headlamps that also go by the name combat headlamps or military headlamps.

There are many types available in the market with differences in terms of light intensity, brightness modes, beam distance, and battery life.

Light intensity refers to the light output, measured in lumens. Headlamps with higher lumens are brighter. So, you will often hear brands promote their headlamps by including the lumens in the name, like “tactical headlamp 1000 lumens”.

But the higher the lumens, the faster the battery drains from the headlamp, leaving it futile. Most headlamps have different light settings; certain ones can be less battery-draining than others.

A good tactical headlamp should be able to project light very far. However, in considering this, you must also take into account beam shape and range. Some headlamps can project far but not as wide of an area, or vice versa.

Thus, the most sought for headlamps balance between all these variables. Some additional factors to consider include durability, size, and weight. But in this post, we will only focus on what a red tactical headlamp is, in terms of its purpose.

Red tactical headlamps are primarily dedicated to soldiers in training and carrying out missions. These gears are chosen by military personnel for their functionality and convenience.

First, in terms of functionality, they are less harsh on the eyes, which is good for both the person using the headlamp and the people around them. Your eyes can adjust to the darkness more quickly after turning off the red light on your headlamp.

By the same token, unlike when you use traditional tactical headlamps with white light, you will not encounter a time lag characterized by blinding light spots. Even though it may seem like a trivial difference, a lot can happen in the blink of an eye if you are a combat soldier.

On top of that, light from a red tactical headlamp will not interfere with your comrades. Although it may sound hard to believe, light is also a weapon in the battlefield. If you have ever been blasted in the face by an intense source of light, you will know that it is equivalent to being knocked senseless for a few seconds, and, without a doubt, that is enough time for an enemy to shoot you in a vital area.

Of course, you do not want to indirectly “shoot down” a friend that you are also relying on for back-up. As such, military red lens headlamps are must-haves during military missions.

Aside from functionality, these headlamps also offer soldiers convenience. They go around the head, so your hands are free to handle weapons and do other things to perform effectively in the arena. Additionally, most tactical headlamps are designed to be simple. They are easy to control, with little requirements to meet the needs of fast-reacting soldiers. 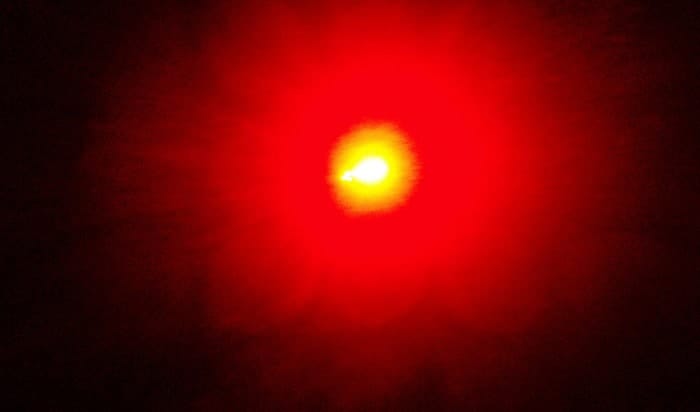 Red tactical headlamps are decent bug-repellants and battery-savers as well. Soldiers will often find themselves hiding in or around bug-fested bushes, in which case, a red tactical headlamp will come in handy. Bugs are less attracted to the red light that these headlamps emit.

Compared to the original white light, you can go for a longer time with a red light. Since red light is naturally weaker than white light, your battery lasts longer. You will not have to worry about quickly running out of light while you are on a mission or needing a recharge in the middle of the arena.

A lot of the red tactical headlamps available in the market are equipped with a flashing mode. Hence, soldiers can depend on them to call for attention and assistance or alert danger.

However, not all red tactical headlamps are made equal. There are plenty of poorly designed headlamps on sale. Despite being charged at a higher price than ordinary tactical headlamps, they might do their job well. Therefore, you must spend time researching to select a truly reliable one, like DARKBEAM or WindFire lamp.

There are options for solely red tactical headlamps, but they more often come as a mode along with white and green lights. Although red tactical headlamps are specially built for combat soldiers, variants of them also exist for campers, hikers, and hunters, who spend most of their time in somewhat similar terrains and conditions to soldiers.

Conclusively, red tactical headlamps are multipurpose military gears that offer functionality and convenience to soldiers in combat. These headlamps support soldiers in optimizing their performance as a night vision observer, light source, bug-repellant, and battery-saver.

You now have the detailed answer to “What is a red tactical headlamp?” Hopefully, this has been useful. If you know anyone who would like to read about this topic, please share this with them. Also, if you have anything you would like to add, do not hesitate to let us know in the comments!