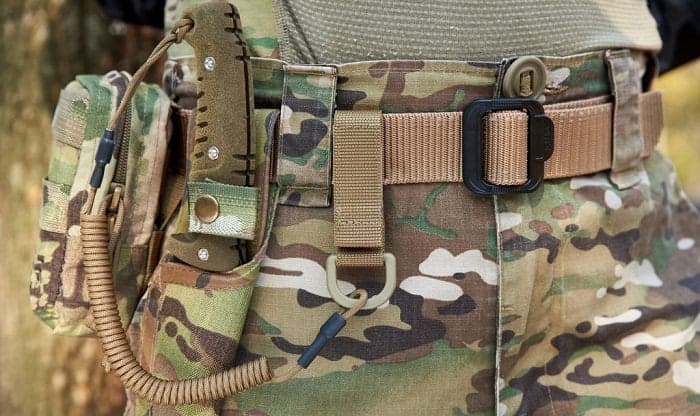 When you want convenience for camping or hiking outdoors, one of the most essential gears you need is a tactical belt. So, what is a tactical belt exactly? Is it used for carrying firearms or other combat tools only?

A tactical belt isn’t only used for law enforcement and military personnel in carrying firearms. Right now, it’s marketed to be a durable belt to carry almost anything from radio to knives and other EMS equipment. Let’s explore the scope of the tactical belt below.

Fundamentally, a tactical belt is any belt constructed with durable webbing and sold to some part of the gun community. In the initial setting, this type of belt would be included in an individual’s combat uniform. You can add or remove different bits of gear for various mission purposes, including handcuffs and radio.

In the past, tactical belts could be similar to the Roman sword belt. The military and law enforcers usually wear this utility belt over the uniform. For civilians, this type of belt can be used as a normal belt or for fashion.

Currently, a tactical belt closely pertains to a nylon web belt, constructed with strong nylon webbing and sturdy hardware. It’s designed either with a quick-release buckle or a simple lock one. Other features you can find include a V-ring for cargo rigging and a velcro liner belt.

What are Tactical Belts Used for

A tactical belt is usually used in a military setting, with some implication of customizable gear depending on the implementation.

The word “tactical” has lost its true meaning as everything virtually has turned “tactical.” A tactical belt pretty much only refers to a belt of a specific style, and you can use a tactical belt on nearly anything.

What you can do with a tactical belt depends on what kind of tactical belt you get. It can be utilized for competition and range, as well as an everyday carry (EDC) belt. You can even find one that provides all those functions.

The Different Types of Tactical Belts 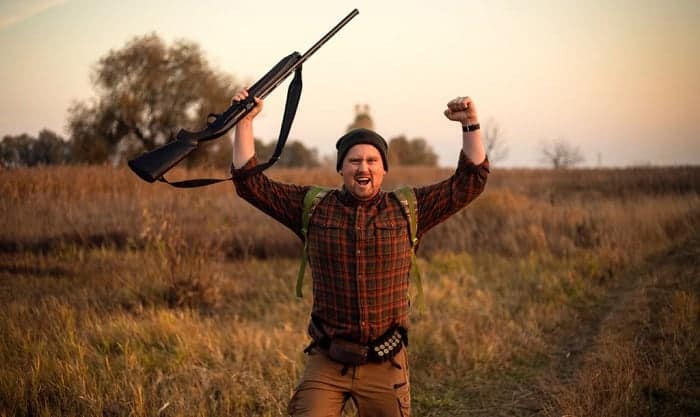 There are a lot of tactical belts available today, and each of them has its own pros and cons. The simplest way to categorize them is to determine their height/width or how thick they are.

Duty belts are the largest, measuring at least two inches wide. These types of belts don’t really hold your pants. These belts are perfect for carrying gear around the waist and outside of clothing.

Since this type of belt is big, it’s not comfortable for training or outdoor use. This style is best used for uniformed officers or armed civilians.

The rigger’s belt style measure is around 1.75 inches wide. It may be stronger than a typical belt, but it’s not as strong as a duty belt. This type of belt can be worn in most pants with belt loops.

Since this belt falls between a duty belt and a typical belt, you’ll get the best of both worlds. You can use this belt for competition, range or training; it also has magazine carriers and anything you want. If you’re not wearing dress pants, you can use it as an EDC belt.

This tactical EDC belt is more low-profile and best suits those who want a minimalistic design. This type of belt measures about 1.5 inches wide, which leaves a small footprint when wearing it. The best tactical EDC belts are stronger than their leather counterparts.

This style is actually stronger than what it looks like. It’s ideal for carrying holsters, firearms, and other things you like to have every day. When used together with a kidney pad, this style can be used as a battle belt.

Things to Consider When Choosing the Best Tactical Belt 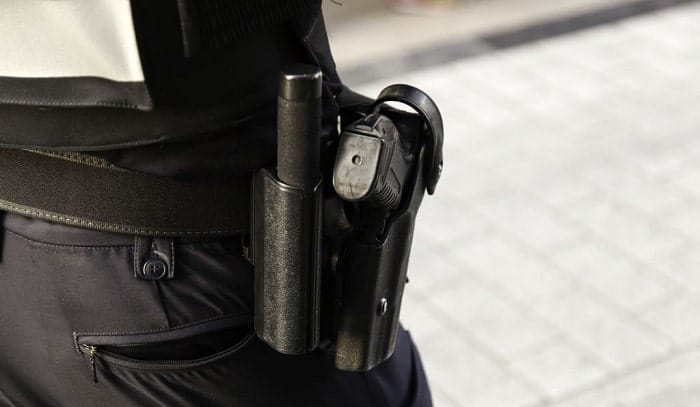 Not all tactical belts are made the same, so you should have a keen eye when looking for the best tactical belt.

One indication of a durable tactical belt is the composition of dual layers of webbing. The webbing should be stitched together, not glued. Make sure that it’s reinforced with a hook, loop liner, or any type of reinforcing material for extra hardness.

If you opt for a quick-release buckle, make sure that the hardware is genuine. AustriAlpin makes the best hardware for mountaineering. Their hardware is guaranteed to be strong because they’re rated for rigging and climbing use.

A quality tactical belt typically has the ability to turn into a carry strap or tie-down. Tie-downs can make your mobile homes or other equipment more stable during high winds.

Also, look for MOLLE-compatible loops because they can give extra storage to your belt. These loops or pouches are perfect for carrying pepper sprays, flashlights, and other tools. These loops are typically secured with speed clips or straps.

Fit is significant in choosing a tactical belt because something loose can make your belt more burdensome. Look for a belt that fits you perfectly. Make sure that it offers sufficient length and is simple to adjust.

The tactical belt should be flexible enough for easy movement but hard enough to secure your holster and other tools without sagging down your tactical pants. You’ll want the belt to be tight but not so tight that you can’t comfortably breathe when running or walking.

It might be great to get a cheap tactical belt, but most of them are inferior in terms of quality.

For example, cheaply made China belts might be stronger than the regular department store belt, but they tend to be unreliable when carrying heavy stuff. These China belts are often made of a little bit of scuba webbing and a buckle that’s similar to authentic AustriAlpin hardware.

To ensure quality, look for gun belts that are known for their excellent stability and strength. Gun belts are usually constructed from tougher, premium-grade materials, allowing them to hold their shape for a long time. Although you might need to spend more money upfront, you can trust the quality and durability of gun belts.

Typically, strong tactical belts that leave a small footprint on your waist are expensive.

So, what is a tactical belt? It’s simply a durable nylon web belt used for carrying other equipment aside from firearms. The use of a tactical belt is no longer limited to law enforcers.

To get the best benefits, look for a durable tactical belt that’s made of two layers of webbing with strong buckles that fit you right.

Tell us your experience with tactical belts in the comment section below. Please share this article to spread the information about tactical belts to your friends and family.