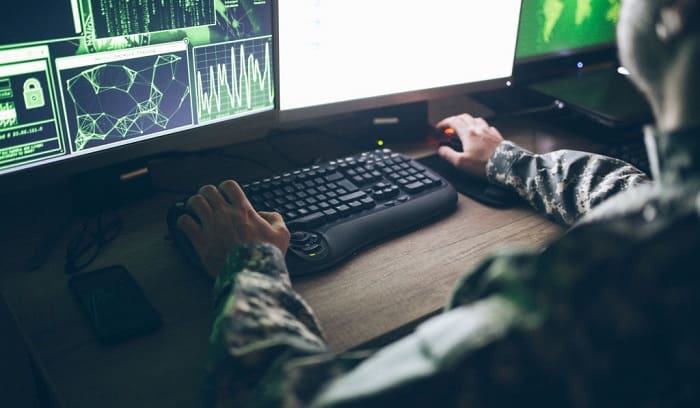 If you have watched military films or have read military books, you probably have caught instances where military personnel operate radios and other means of communications via electronic devices. Although this is not as upfront as infantry soldiers firing their weapons in the arena, it is an equally significant “battle”—called electronic warfare.

Electronic warfare is an important part of the military. Yet, not a lot of people are aware of what it is and how it is used. Understanding this, we have put together an article on all the essential information answering “What is electronic warfare?”

In short, electronic warfare is the application of the electromagnetic spectrum for military purposes only. It can be for “offense” or “defense”. But essentially, it is a form of “weapon” to secure success in military conflict. For more, continue to read! 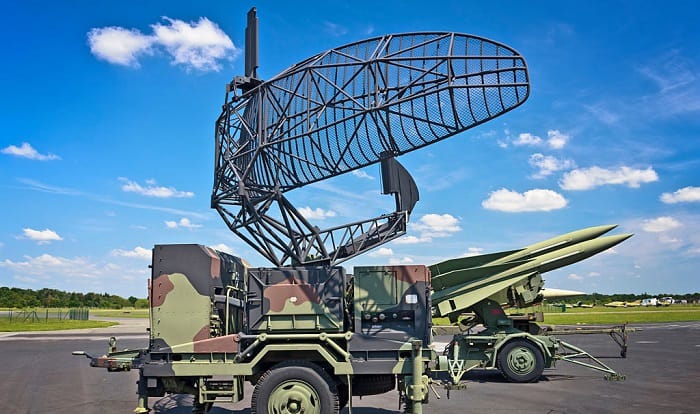 First, let’s define electronic warfare. According to Wikipedia, it is any action that uses the electromagnetic spectrum for military purposes, such as making an attack on the enemy or impeding the enemy’s assaults. It can be used by manned and unmanned systems, from land, sea, air, and/or space.

The electromagnetic spectrum consists of both the visible and invisible ranges of the spectrum measured in megahertz.

Strategically using signals to intercept, locate, detect, disrupt, deceive, jam, protect, and analyze are all examples of applying electronic warfare. To the United States armed forces, electronic warfare is an element of combat power, particularly important for victory on the modern battlefield.

The Types of Electronic Warfare 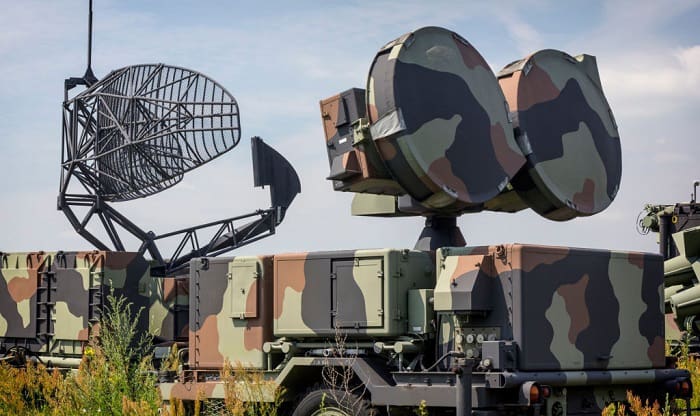 The first type of electronic warfare is the electronic attack or EA. This is previously known as electronic countermeasures or ECM. It involves the offensive use of directed energy, electromagnetic energy, or anti-radiation weapons to attack.

The main intent is to degrade, neutralize, or destroy the enemy’s combat assets, which include personnel, facilities, or equipment.

With electromagnetic energy, most commonly, “jamming” is practiced on radar systems or communications systems. EA will override radio transmissions, block radio detection, or send false information to interfere with the enemy’s ability to exchange information.

For anti-radiation weapons, missiles, or bombs that home specific signals will follow the paths to directly destroying broadcasting systems.

In essence, it is an action taken to protect friendly personnel, facilities, and equipment from the effects of electromagnetic spectrum’s use that affects combat capability. Therefore, it can be understood as the act of defeating EA.

A specific example is using flares to distract infrared missiles that are homing a trajectory to miss the target. Another example is using spread spectrum technology to increase resistance against jamming and prevent detection in communications.

EWTRs have ground-based equipment to model electronic warfare threats that aircrew may face during missions. There are smaller ranges available for ground and naval forces to train in as well.

The third and final type of electronic warfare is electronic warfare support or ES. It is a subdivision of EW, which involves actions taken to intercept, detect, locate, and/or localize sources of electromagnetic energy, regardless of whether it is intended or unintended radiation, by an operational commander or military operator.

The primary focus is immediately recognizing, prioritizing, and targeting threats for battlefield commanders.

A related process is SIGINT, which analyzes and identifies transmissions from sources like radios, radars, and mobile phones that are intercepted. SIGINT is even further categorized as ELINT, COMINT, and FISINT, which are electronic intelligence, communications intelligence, and foreign instrumentation signals intelligence.

Frequency, modulation, bandwidth, and polarization are among the parameters measured and analyzed.

The History of Electronic Warfare

The Documented Use of Electronic Warfare

Electronic warfare can be traced back to the start of the 20th century. Based on Wikipedia, the earliest documented use of electronic warfare was between 1904 and 1905 when there was the Russo-Japanese War.

The Russian fleet was located in the Tsushima Strait by the Japanese cruiser and communicated this wirelessly to the Imperial Japanese fleet. In response, the Russian warship requested to transmit a stronger radio signal to disrupt Japanese communications. The request was denied by Admiral Zinovy Rozhestvensky and ultimately led to Russia’s loss of all battleships and most of its destroyers and cruisers.

During the Second World War, both sides used electronic warfare. For example, it was used to defeat navigational radars that directed bombers to the targets and back to the bases, and chaff was used to disrupt and confuse tracking radar systems.

Electronic warfare improved along with battlefield communication and radar technology. In the Vietnam War, electronic warfare supported aircraft that went on air-to-air missions and bombing runs.

In the 2007’s Operation Orchard, electronic warfare was used to intercept Syrian air defenses to let Israeli jets cross Syria, bombed targets, and returned to Israel “without a scratch”.

Another example is in December 2010, when the Russian Army received Borisoglebsk-2—their first land-based multifunctional electronic warfare system and used it to suppress mobile satellite communications along with satellite-based navigation signals.

Before we wrap up with the conclusion, here is an interesting video on Youtube that you can watch about electronic warfare: “The Unseen Battle”.

As you have read, electronic warfare is an integral component of military operations. It can “make or break” a military mission and is even considered an element of combat power. Thus, it is worth knowing the essential information about electronic warfare.

Going forward, electronic warfare is expected to gain even more importance as our modern world becomes more and more technologically advanced and reliant.

Did you find this article on what is electronic warfare interesting or helpful? Is there anything else that you think should be added? Let us know in the comments below. Also, do not hesitate to reach out to us if you have follow-up queries. We are always happy to hear from and help our readers! You are welcome to share this article’s content with other readers as well.