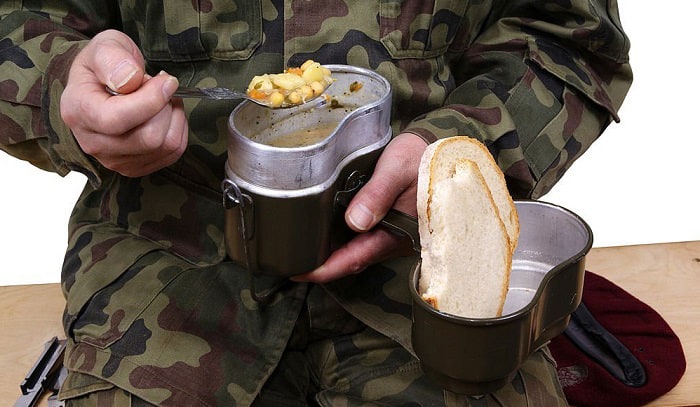 What is military food called? Military food is referred to as rations. There are different ration food types, but the most well-known is MRE. MRE is short for meal, ready to eat. We will dive into the details below, so read until the end!

As mentioned above, the name for military food is rations. In the U.S military, there are 13 types of ration food:

So, technically, any of the above can be “the name” of military food.

This refers to meals prepared with fresh, refrigerated, or frozen foods. A rations can be served to troops in dining facilities or prepared at field kitchens or fixed facilities and transported to field locations in containers.

A sub-type of A rations is the Unitized Group Ration A (UGR-A). This is a hybrid meal kit for 50 people. It can be in T-rat form or express form.

The UGR-A can last for 9 months and is usually configured into individual meal modules for distribution. It primarily includes perishable or frozen components. The ideal temperature range to preserve it is 0 °F to 80 °F.

This is a type of field ration, so it is typically prepared at a field kitchen. B rations consist of only canned or dehydrated food (semi-perishable foods). Hence, B rations require preparation and cooking but do not rely on refrigeration equipment.

This ration type can deliver balanced nutrition to troops on the field, but extreme cold temperatures can affect its equipment so it is uncommon during the cold seasons.

This is another type of field ration. It was first developed in 1938 and field-tested in 1940. C rations were pre-prepared and canned for combat troops. In 1958, C rations were replaced with MCIs, but until today, the latter is often referred to as C rations.

The rations would arrive at fields in wooden crates. Each crate would weigh about 40 pounds.

The earliest A units were

From 1943, new variations were added

Initial B units were

Later, the menu for B units expanded to include

The inclusion of condiments also led to an accessory package.

This package would also hold a flat wooden spoon, a piece of chewing gum, some cigarettes and matches, a can opener, and several sheets of toilet paper.

This was a 4 oz chocolate bar that was high in food energy value and able to withstand high temperatures. The D ration prevented soldiers from eating their emergency rations in non-emergency situations. It was originally produced by Hershey’s Chocolate.

This ration was introduced during the Second World War as an individually packaged daily food portion for airborne troops, motorbike couriers, and other mobile forces. A ration included three boxed units for breakfast, lunch, and dinner.

The earlier issues of the supper unit was canned cervelat sausage or pork luncheon meat with an apple or a carrot. The subsequent issues changed this to beef and pork load and added biscuits, a D ration bar and a pack of toilet paper along with cigarettes and chewing gum.

The K ration was designed to fit the pockets of the U.S Army M-1943 field uniform. It was mass produced by various food companies. 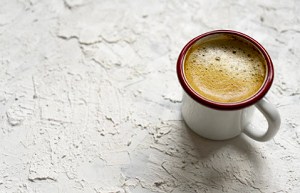 This was also referred to as the J Ration. It was a dry and lightweight ration made by the Army for soldiers on extended missions in tropical regions during the Second World War.

The Jungle Ration was designed based on foods carried by American civilians and designed to be compact. It was also meant to feed four men in one day.

This was also known as the M Ration. It was made for U.S troops in high-altitude or mountainous terrains during the Second World War.

To be suitable for the climates in high-altitude regions, the Mountain ration was made to be compact and durable. It weighed less than 40 ounces but was able to feed four men in one day. The ration contained up to 4,800 kilocalories per man per day.

However, the Mountain ration had to be heated, which was extremely inconvenient. Since it was specialized and had generous portions, it was also costly to make. Therefore, just after three months of issuing it, the Army was already requested to discontinue it. 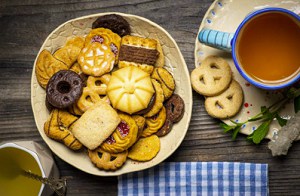 This ration was developed in 1942 and issued by the military from 1942 to the end of the Second War. The 5 in 1 ration was meant for small or large groups of soldiers to divide into a few units to cook meals without the need of cooking skills or kitchen utensils. It was also meant to provide enough food for five men in one day.

This is also referred to as the 10 in 1 ration and as the name suggests, it is meant to provide one meal for 10 men. This ration was developed as a replacement for other group rations, like the 5 in 1 ration.

The MCI ration was issued between 1958 and 1980. It referred to canned wet combat rations. It included a meat unit, bread unit, dessert unit, and accessory pack. 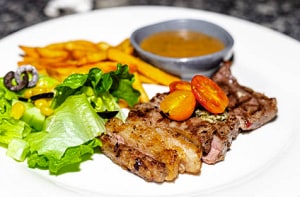 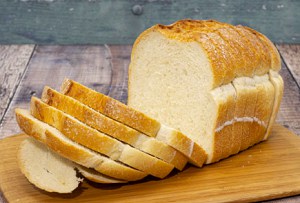 This is a freeze-dried, dehydrated ration made in 1964 for Special Operation troops. Each LRP ration comes with an accessory packet containing instant coffee, cream substitute, sugar, salt, gum, cigarettes, matches, and toilet paper.

The drawback of this ration was that it required water to cook. It was also energy depleted, delivering 1,200 fewer kcal per day compared to the MCI.

This is a lightweight, self-contained, individual field ration for troops in combat or field conditions. Military MREs are sometimes also distributed to civilians during natural disasters.

Each U.S MRE provides about 1,200 calories and can be eaten for a maximum of 21 days. The minimum shelf life of an MRE is three years, though this can vary depending on storage conditions.

MREs are made to endure parachute drops from 1,250 feet and can weigh between 510 and 740 grams — the specific weight depends on the MRE military food contents.

A package typically includes a main course, side dish, dessert or snack. Common items are crackers or bread, spreads of jelly, peanut butter, or cheese and powdered beverage mix (like cocoa, instant coffee or tea, etc).

There is usually also a spoon, an FHR – flameless ration heater, and a beverage mixing bag.

Like the other ration types mentioned, the MRE is accompanied by an accessory pack, which includes gums, seasonings (like salt, sugar, pepper, etc), freeze-dried coffee powder, toilet paper, and a matchbook.

Military food provides troops with the daily needed energy value. However, some types are “depleted” and so, are not necessarily healthy.

How long does MRE last?

As said above, MREs can last at least 3 months. But its shelf life can be affected by many factors.

Check this guide to know more about the MRE expiration date!

How often do soldiers eat MREs?

Soldiers only eat MREs when they are on operations or doing missions in field conditions. In this case, MREs are the only food source they have.

Now, you know the answer to, “What is military food called?” Hopefully, this has been informative. If you like this article, please leave a comment below. We welcome any questions as well. Also, please help us share this with other readers!