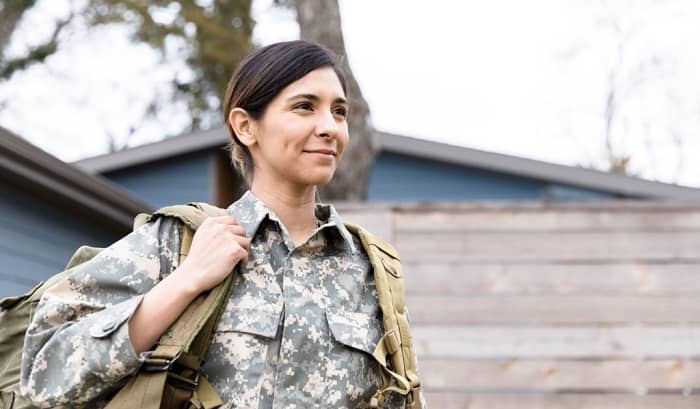 Most military films and books talk about men in the military. Thus, the general civilian public tends to think that only men are soldiers. But in reality, there are also plenty of women who are committed to military life.

Since there is little representation of female service members, it is natural to wonder “What is military life like for a woman?”.

Regardless of whether you are a woman considering the military or someone outside of the military who wants to know more about this topic, you can find the essential information in this article.

Women in the Army do not have it easier. Like their male counterparts, day-to-day life for women in the military is mostly training and working out.

Depending on the rank and position, there may be other activities, such as attending classes. It is hard to go into the specifics because there are over 800 different jobs across the branches of the U.S armed forces, which will entail a distinct military life.

Nevertheless, it is possible to touch upon the military life “culture” for women personnel. Unfortunately, it is more bleak than bright. As a woman, you are likely to encounter gender discrimination and bias as well as sexual harassment.

We will explore both of these in more detail below. In addition, we will link you to a few different sources featuring women’s stories in the military. Therefore, make sure you read until the end.

Being a Woman in the Army 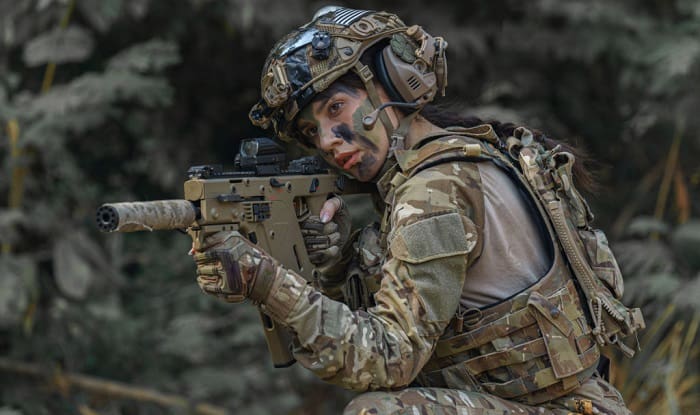 As said earlier, unfortunately, females in the army have a high chance of facing gender discrimination and bias along with sexual harassment as part of a “men’s world” culture in the typical military life.

Gender discrimination and bias is a real and serious issue. As a woman joining the army, you will probably meet people who look down on you and treat you differently because of your gender. There will also be issues of verbal abuse, which includes snide remarks, nicknames, and rumors on what you do and how you act.

“Being left behind” because of your gender is also not a far-fetched scenario. You can be excluded and withheld from particular activities and opportunities, like ranking-up, because you are a woman.

Misogyny can be expressed by your fellow service members, your officers, and the higher-ups. Aside from verbal abuse, as mentioned above, there are also forms of physical abuse, which we will talk about in a later section.

A specific example of gender discrimination and bias is the much stricter grooming standards applied to women in the military. For example, it is a “must” for females to keep their hair in a perfect bun at all times.

Every woman knows that’s easier said than done. To make sure your hair does not go astray and become an “inconvenience” for others, you will likely need bobby pins, gel, hairspray, hair ties, socks, blood, sweat, tears, and a lot of prayers. Furthermore, check this guide to find the easiest ways to make a military bun!

Like the male members, you will need to look neat and “ready”. However, this is an uphill battle when armors and combat equipment, such as bullet-proof vests and flak jackets, are designed for the male figure.

As such, it is not uncommon for women to find that they cannot fit into even the smallest or “most forgiving” military uniforms.

Even though members are always expected to stay “up-to-par” in order to effectively serve the country and its people, the need to prove competency and demonstrate value is severely highlighted and demanding for women, particularly in combat positions.

Indeed, “women do not belong in combat” is what you will hear often.

In regular training and workout, you may be “called out” or criticized for not doing it like the males are. You might also get an earful about being “petite” or “girly”. But do not let these mean remarks and comments get to you. Instead, take it as a challenge to prove them otherwise.

Note: Misogynistic officers and instructors will try to make military life “hell” for you. They will try to push you to tears and blame you for being “emotional”. So, do not let them get their way. 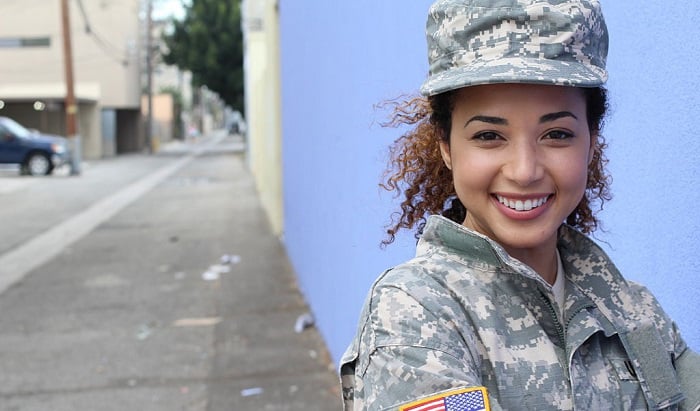 Joining the military as a woman means you are “vagina” in the realm of all “penises”. Many will say that “you are basically signing up for it”. More specifically, there is a chance you will suffer from sexual assaults, rape, and sexual trauma.

Harassment refers to any uninvited sexual advances, solicitation for sexual favors, and other sexually physical or verbal pressures. It is intimidating, humiliating, and/or offensive.

Sexual harassment is an ongoing issue that everyone, including those that are outside of the military, recognizes. Yet, it is not being addressed.

In 2020, the Department of Defense received 7,816 reports of sexual assaults, of which 6,290 were from service members for “incidents” that happened during military service. This statistic speaks for itself in the discussion of sexual assault and rape in military life.

However, it is worth noting that most “incidents” are not even reported. Why? Well, you would be called a “snitch” for “betraying” or “backstabbing” a fellow unit member. Or, a “liar” who “thinks she’s all that”, given the male-dominant environment of the military.

Your act of reporting can then be a “mistake” that makes your military life worse than hell, while the offender’s terrible act can be brushed off or swept under the carpet.

Even if “not all men” in the military are predators, the ones who are not pinning down your arms and not taking no for an answer are bystanders. They won’t stand up for you or back you up because they will also be deemed a “snitch”. They will become a “wimp” or your “new boyfriend” and also be harassed. So, these “good guys” will turn a blind eye. This, in essence, fuels and retains the rape culture in the military.

As a result of sexual assault and rape, you can experience sexual trauma. This will most definitely take a toll on both your mental and physical health.

A few of the things that you can experience are:

All of this, in turn, will negatively affect your performance. Hence, it can become a denigrating cycle where you can be discriminated against because of your gender.

Plus, it is not easy to get the help you need when it comes to sexual trauma while you are still in service. You might be condemned for “making it a big deal” or “blowing matters up”.

Being a woman in the military is not easy because of gender discrimination and bias as well as sexual harassment. However, the point of this article is not to discourage you—if you are a female wanting to join the military.

There are plenty of reasons why you may decide that the military is right for you. But knowing about these potential issues in military life is still important for you to consider and prepare.

If you have anything else to share about what is military life like for a woman, feel free to reach out to us. We also welcome any follow-up queries!