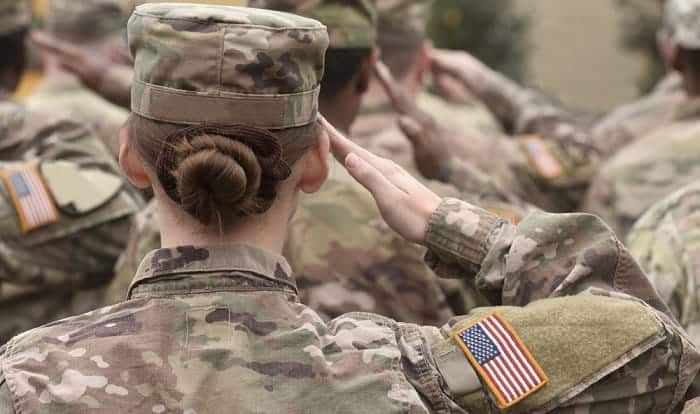 As a soon-to-be service member preparing for applications, you may want to get an idea of the nature and scope of what you are heading towards. In particular, you will want to weigh between the different military branches. Thus, to help you in this regard, we have put together an article answering the question, “What is the easiest military branch to get into?”

Given that there are many phases that an aspiring recruit must pass in the entire process, from applications to acceptance, there is no single short answer. Instead, we will answer in three ways:

For details on each answer, continue reading! 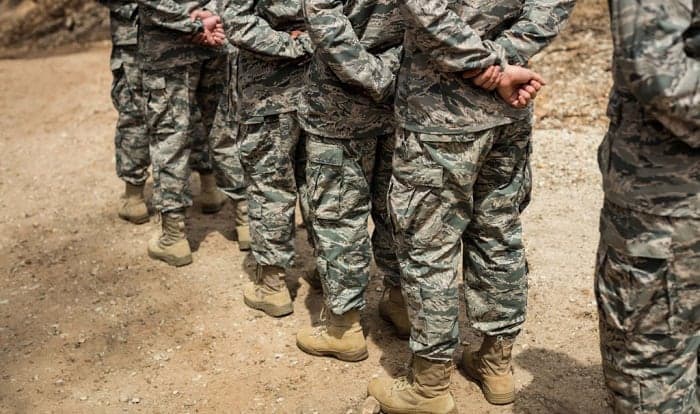 Every military applicant will have to go through and pass a background clearance check. This ensures that anyone who joins the military meets strict moral standards and conduct. Sometimes, you will also hear this referred to as a character screening or MEPS background check, where MEPS is an abbreviation for the Military Entrance Processing Station.

It will be a detailed procedure with many different sub-steps, including a security clearance that is a lengthy series of investigations managed by the DoD or Department of Defense.

For this, various factors, such as reliability, trustworthiness, financial responsibility, criminal activity, and emotional stability, will be considered. You will have to get a qualified security clearance if you want a position in any of the military branches.

To start, you will complete and submit a questionnaire, disclosing information about yourself and your desired position in the military. The recruiters will then use this to determine the type of clearance that you need—confidential, secret, or top secret—and from there, initiate investigations.

Everything about you since 10 years ago will be checked, particularly the following information:

This is where it may be problematic if you have been convicted of a felony. Even though you will not necessarily be disqualified from the get-go, it will be an uphill battle. But there are some military branches that will accept felons, you can check them here!

Depending on your arrests and charges, you may or may not be accepted. Certain offenses are eligible for waivers, which are special permissions that can clean out your profile and help you qualify as an applicant.

For example, minor traffic and non-traffic offenses with low fines. However, aside from the severity of your convictions, the likelihood of waivers being granted also depends on the demand for personnel. If the demand is high, like during wartime, your chance of being accepted is higher.

That being said, it is generally agreed that the easiest military branch to get into with a criminal record is the Navy and Army because they both require more members. 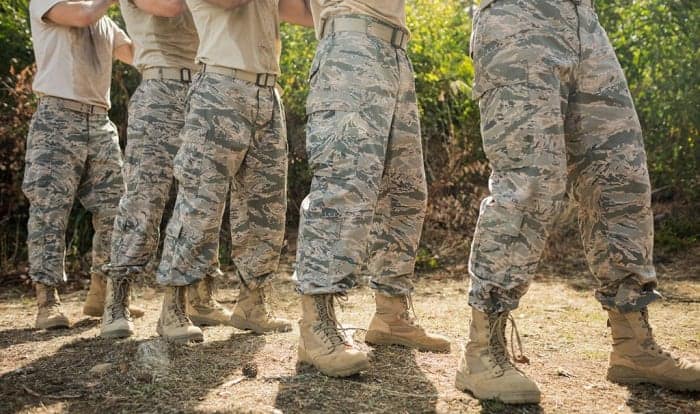 ASVAB is short for Armed Services Vocational Aptitude Battery. It is a timed test developed by the DoD that you will have to pass in order to get into the military. Through the ASVAB, you prove military competency. There are three types of ASVAB:

To prepare, you can take practice ASVAB tests on your own. There are many resources available online. For example

It is important that you invest a lot of time and effort into studying for this test as it is your ticket to the military!

The maximum you can score on these tests is 99, but there are distinct minimum score thresholds for each military branch. The Army requires at least 31, the Navy 35, the Marine Corps 35, and the Air Force 31. Hence, by this token, the easiest branch of the military to get into is the Army or Air Force.

Contrary to what most people believe, you CAN fail basic training. It is not an endure and get-it-done-with task but a work-your-ass-off chance to demonstrate your capabilities. In other words, you need to perform well during basic training if you want to officially make it into the military.

Basic training is mandatory for all branches and typically lasts from 8 to 12 weeks. There are distinct schedules, programs, and requirements for each branch. Thus, the degree of difficulty and intensity also varies. To give you an idea, we have summarized the following:

There will be two assessment courses: the Basic Rifle Marksmanship Qualification and the Fit to Win Obstacle, followed by an ultimate 3-day challenge, Victory Forge, where recruits have to apply everything they have learned.

Among active-duty service members and veterans, it is agreed that the easiest military branch to get into, in terms of basic training, is the Air Force because programs are more spread out. Plus, the duration is, overall, shorter.

In contrast to the easy branch, you can refer to the hardest military branches here!

Hopefully, this will help you choose a suitable branch. If you have any other follow-up questions or thoughts on this topic, you are welcome to share them with us in the comments. We are always super excited to hear from our readers. Also, share this with your fellow soon-to-be service friends!