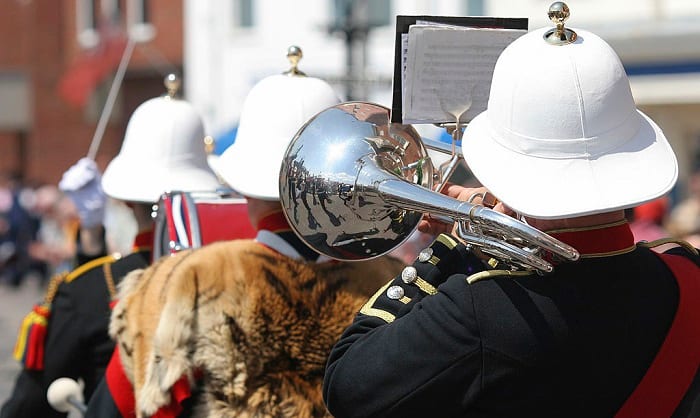 There is so much more to know about military tattoos; you surely do not want to miss out! So go ahead and keep reading. Do not stop until you reach the very end!

In addition, we will provide you with a few notable examples of military tattoos all around the world.

What Is a Military Tattoo?

As briefly touched upon earlier, the military tattoo’s meaning is a military performance or display of music. It was initially not as showy and was a part of a military routine. The process involved trumpeters and drummers. Interestingly, it was also associated with soldiers, beers, and a curfew, all of which we will talk about in a bit.

Fun Fact: Other names that we use for military tattoos are soldiers’ tattoos and Army tattoos. However, they are not official.

What Is the Meaning Behind a Military Tattoo? 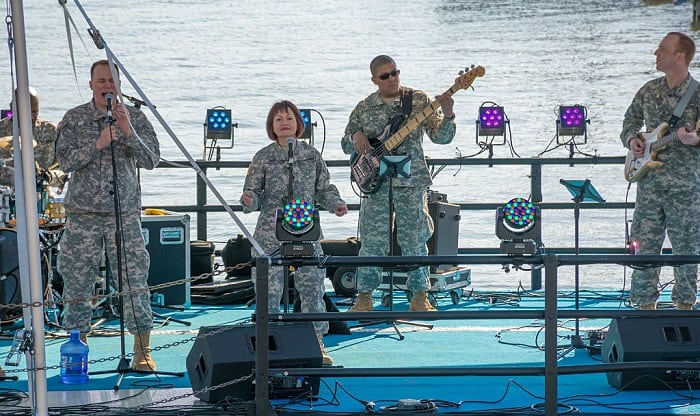 As the year passed, the “doe den tap toe” became showier and showier. The “accessories” were added like searchlights and floodlights. By the late 19th century, it had evolved to be almost like a festival in garrison and military towns, particularly during summertime. These continued even between the World Wars. Nowadays, military tattoos occur in North America, Europe, Asia, and Africa. Needless to say, there are good reasons why military tattoos are held across so many continents.

The meaning that a tattoo carries is military custom and heritage. In a way, it is a celebration of the military and a means of demonstrating the military body.

Why Is It Called a Military Tattoo? 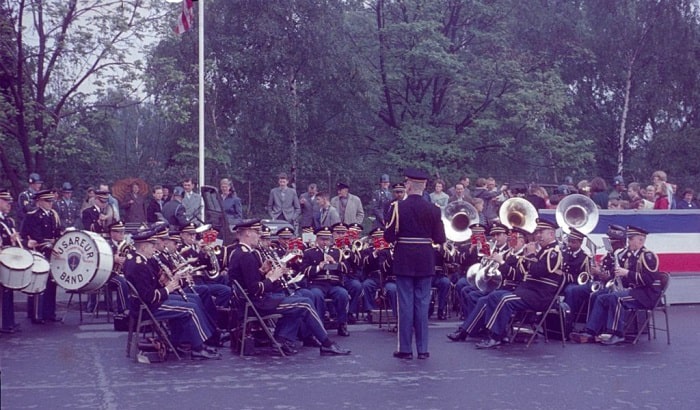 The name “military tattoo” dates back to the 17th century. It is from the phrase “doe den tap toe”, which translates into “turn off the tap”. The phrase refers to a signal made by trumpeters and drummers to announce to in-keepers by military garrisons to stop giving soldiers beers so they can return to the barracks. Each evening, this would happen at 21:30 or 9:30 P.M. The trumpeters and drummers would play until 22:00 or 10:00 P.M, which was the curfew.

The largest indoor tattoo held annually is Canada’s Royal Nova Scotia International Tattoo. The tattoo started in 1979 and today, features more than 200 performers from all around the world. Uniquely, it is a military and civilian combined production with great emphasis on costumes and props.

The largest mobile tattoo was Canada’s Armed Forces Tattoo in 1967. There were a total of 155 performances across 47 cities. The tattoo lasted from late March to mid-October. The tattoo involved more than 1700 military personnel from the Army, the Navy, and the Air Force.

The uniforms and costumes used were sold to museums and private collectors. Its producer Colonel Ian Fraser was also the “mind” behind the previously mentioned Royal Nova Scotia International Tattoo.

This is the largest annual tattoo in the United States. It is held in Norfolk, Virginia with more than 850 traditional music players and international acts along with all the military branches of the Armed Forces.

This is a special tattoo that lasts an hour long. It is hosted by Washington’s Military District in the summer at Joint Base Myer-Henderson Hall. The typical participating units are the 3rd Infantry Regiment and the Old Guard Fife & Drum Corps.

This is a traditional annual tattoo in Cleveland, Ohio. It started in 1985 and continues to be held on the third weekend of May. The Cleveland Public Auditorium is the official stage.

The Royal Edinburgh Military Tattoo is held as part of the annual Edinburgh Festival in Europe. It is one of the largest and best-known tattoos. Its highlight is the combination of traditional sounds from drums and bagpipes and modern features of the Armed Forces.

Take a closer look into the Edinburgh Military Tattoo here.

This is the largest military airshow in the world. It is held every year in Gloucestershire at RAF Fairford with aid from the RAF Charitable Trust.

This is a 15-year-old tattoo in Switzerland. It was established by the Top Secret Drum Corps and now, it is the second-largest tattoo just after the Edinburgh Military Tattoo.

The National Military Tattoo is the Netherlands Armed Forces’ official military tattoo. From 1948 to 2006, it was held in Breda and Delft. Afterward, it was relocated to the Rotterdam Ahoy, an indoor stadium.

This is Korea’s national military tattoo. It is held by the nation’s Armed Forces every April in the capital city, Seoul. There are well-rehearsed performances from drill teams and military bands.

This is Japan’s national military tattoo. There are bands from Japan’s Self-Defenses Forces’ branches as well as Asia-Pacific guest bands. On top of that, there is the unique participation of traditional drum teams. It has been held in Tokyo’s Nippon Budokan every November since 1963.

Eskeri Kernei, which can roughly translated into “Military Trumpet International Festival” is a notable military tattoo in Kazakhstan. It is held on Capital City Day, an official public national holiday (July 6).

This was a special tattoo at Salisbury’s Glamis Stadium to commemorate the formation of the Rhodesian Light Infantry (January 30, 1971). The performance included an impressive sky-dive and a staged assault. There was also a retreat ceremony and a march afterward.

This was a celebratory tattoo in Tripoli’s Green Square (September 2009), as part of the Libyan Revolution’s 40th-anniversary celebrations. It was also called the World Military Music Festival, featuring units from Ethiopia, Algeria, and Russia.

Did you find this article interesting and informative? Let us know what you think in the section below for comments. Also, do not hesitate to reach out to us if you have additional questions. We are always super happy to hear from our readers.