If you are about to enlist or want to learn more about the U.S military, you will like this article about what percentage of the military sees combat. It is not an uncommon question, but most military enthusiasts or soon-to-be service members get it wrong.

Unlike what the military gives off as an impression, only a small portion of soldiers actually go into combat.

According to 2019 statistics, only 10% of the entire military force engage in battle.

The percent of the military that sees combat also varies with factors, such as the military branch you are in. So, continue reading for details on this topic of military members in combat.

What Percentage of the Military Sees Combat 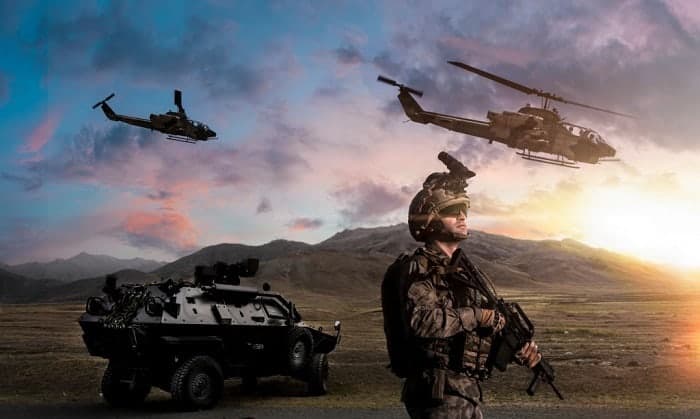 Contrary to what you see in the movies, the chances of seeing combat in the army are low. You will not necessarily be seeing combat even if you are an infantry soldier.

40% of service members do NOT see combat, and of the remaining 60%, only 10% to 20% are deployed into the combat premise. Plus, the majority of these members enter the arena as supporting units.

They are not the soldiers that are facing enemies face-to-face. Only 10% of the entire military force engage in battle. To help you visualize, that is 1 in 10 soldiers.

The percentage of soldiers seeing combat depends on a variety of factors. The most obvious is whether or not you are serving during wartime. Without a doubt, you will more likely be going into combat if there is a war involving your country. Other than the time of service, the likelihood of going into combat fluctuates depending on the military branch that you are serving in.

There are 5 main branches in the military: the Army, Navy, Air Force, Marine Corps, and Coast Guard. Usually, the Army has the most members responsible for land-based operations. As such, they are most likely to see combat. However, among these five branches, there are sub-branches and units. Special divisions are created and grouped into combat troops, many with “elite” status.

Each unit will have its own roles, such as sea, air, or land support. There are also special units to assist the designated infantry soldiers in hitting the battlefield. Most of the time, they are referred to as wings. In detail, there are 10 wings leading up to combat. Below are brief descriptions of two commonly known wings:

A lot of supporting units do not set foot into the combat zone, and those who do are not “active” in the sense that they are the ones firing and knocking down enemies.

The most common military personnel are mechanics. But they do not appear on TV and in military posters. The second-largest group is specialists in science, information technology, and engineering. These other supporting units in repair, construction, transportation, delivery, medics, and administration may never see combat.

However, that does not mean their job is a breeze and their contributions are futile. Even as supporting units, there is always a possibility that you will be attacked and fall into situations very similar to the bullet-dodging that infantry soldiers go through.

If you are having nightmares about combat as you prepare to enlist, you can now sleep soundly. On the other hand, if you are bummed out that you will not be involved in a lot of “action” like you expected—do not be. You make a difference just by being a part of the military. It should not matter if you are firing or helping others fire. Either way, you are serving your country.