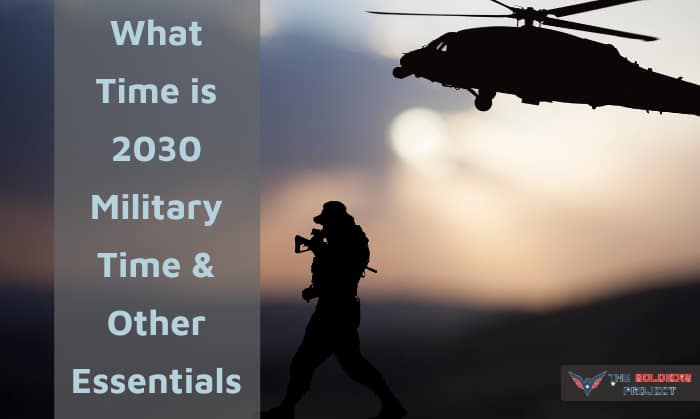 But if you have the time (pun intended!), you can continue to find more relevant and useful information! We will tell you what military time is, why it is used, and how it is different from civilian time. Moreover, you can learn about how to tell it and convert it from civilian time and vice versa.

So, once you reach the end of the article, you should completely understand military time as a whole!

As you may have guessed from the name, military time is a time-telling system that the military uses. It has 24 hours but is notably different from the 24-hr civilian clock notation.

It does separate the hours and minutes with a colon. And compared to the 12-hour clock notation, it does not have A.M (Ante Meridiem) or P.M (Post Meridiem).

As you will find out later, military time is also read differently.

Purpose of Having Military Time

There are two key reasons why the military decided to have its own time-telling system. The first reason

There is one key reason why the military decided to have its own time-telling system: minimal ambiguity. It ensures that there is no confusion and little chance for military members to mess up.

This is particularly important during radio communications, which can be cut off at random times because of poor transmissions. Military members will not have to second guess between 7 A time or 7 A.M, for instance. 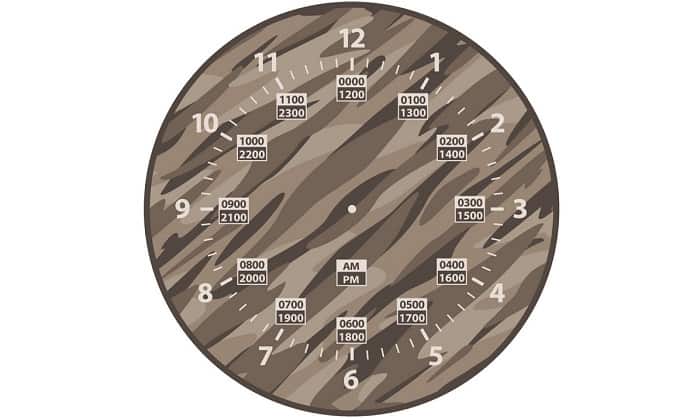 Minutes are read with an “hours” at the end or “hundred hours” if the minutes are 00.

Applying the rules above, 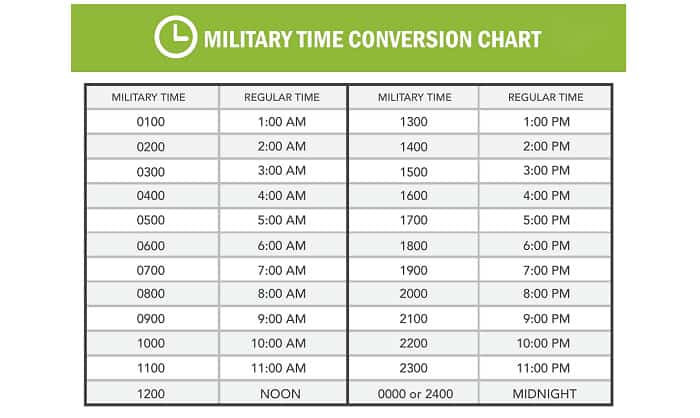 There is a rule you need to note when converting military:

Check this guide if you want to know what 1200 means in military time.

How About Converting Civilian Time to Military Time?

So, let’s now put what we have learned into practice.

Step 1: Split the four digits into hours and minutes (2 digits for hours and 2 for minutes).

Step 2: Check to see if the time is below 1200. Then, apply the rule we mentioned above.

Step 3: Leave the minutes the way they are.

The minutes are still 30.

Step 4: Divide the hours and minutes with a colon (:).

Let’s try the reverse process to convert 2030 to civilian time as well.

Tools That Can Help