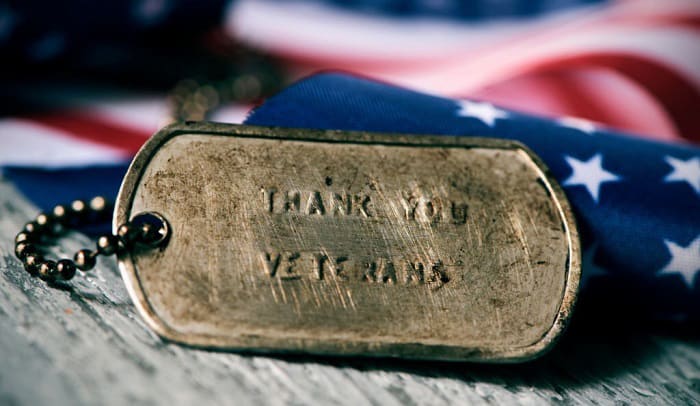 A military dog tag carries basic information about its wearer and at the same time, the wearer’s military memories. It symbolizes the wearer’s service and is something meaningful that most military members want to preserve.

What to do with old military dog tags?

You can turn it into a keychain or include it in a shadow box for a keepsake. You can also put it up for sale as an antique collectible online.

Below we will touch more on all these. Continue reading!

Things You Can Do With Old Military Dog Tags

You can turn dog tags into memory dog tags for keepsake. Here are two ideas that you can consider:

1. Make it into a keychain

You can convert your dog tag into a keychain. It is an easy way to make it into a keepsake. You can carry the memory with you anywhere.

You can watch the video tutorial here.

2. Include it in a shadow box

A shadow box preserves all your military memories. Aside from insignias, medals, ribbons, pins, flags, and certificates, you can also include your dog tag. You can mount a hook in your shadow box and let it hang from there, or detach it from its chain and secure just the tag against the board of the shadow box with velcro.

Do You Have to Keep Your Old Military Dog Tag?

There is no standard protocol for what a member must do with their dog tags when they are no longer in the military. They do not have to return them and can decide whether they want to hold onto their tags.

If you do not want to keep any old military dog tags, you can also consider putting them up for sale online. Old military dog tags are antique collectibles, and so, are very valued. There are plenty of people who will not hesitate to shell out the big bucks for them.

How to Take Care of an Old Military Dog Tag? 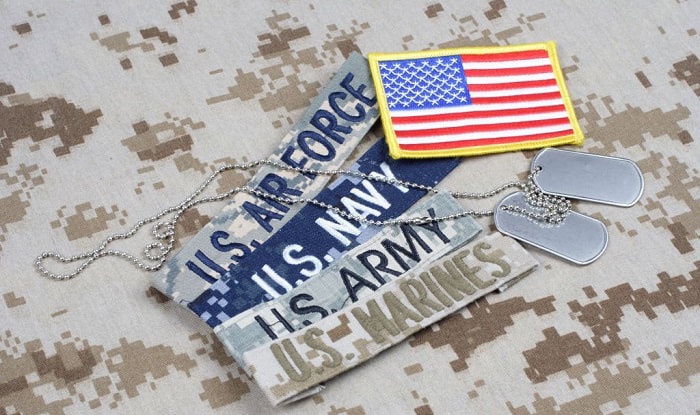 To keep an old military dog tag in good condition, keep these tips in mind:

If you want a deeper cleanse, dilute mild dishwashing soap and mix it with more water to make a solution. Dip the tag in it, then wipe it down gently with a soft cloth.

You can use metal polish if your tag is made of stainless steel or aluminum.

How to Return an Old Military Dog Tag?

If you found an old military dog tag, you can return it to the military. To do this, you would need to

Note: Do not forget to weigh it at the Post Office to pay the appropriate postage and complete the mailing process.

Why Do Soldiers Put on Dog Tags in the Military? What Do Dog Tags Have on Them?

A military dog tag displays important information about the wearer. If the wearer is wounded or dead, the information on their tag can help the military identify them.

Then, they can receive the treatment that they are entitled to: medical attention if wounded and burial if dead.

The information on military dog tags is standardized. There are four pieces of information displayed, and they are the wearer’s:

Note: For religious preference, the wearer can indicate any of these: protestant, catholic, hebrew, or none. It is also possible to input “atheist” or “agnostic.”

Why Do Soldiers Wear 2 Dog Tags?

Usually, soldiers wear two dog tags, which are duplicates on one another. It can be a broken in half tag or two same tags linked to one necklace chain. Sometimes, soldiers will wear a tag and pocket one in their shoe.

There are two tags because one is used for notification while the other one stays on the corpse if the body of the wearer cannot be instantly recovered.

In rare cases, a soldier will carry three dog tags. The third one is red and issued when the wearer requires special medical attention. It is like a medical bracelet in today’s setting. This tag flags responders and health care providers.

Military dog tags emerged from the Civil War. Soldiers at this time were worried that they would not be identified if they died and were buried in unmarked graves. So, they made their own identification tags by:

This practice continued even after the war.

The first official request to equip military members with identification tags was in 1899, at the end of the Spanish-American War. Chaplain Charles C. Pierce suggested that the Army provide soldiers with disks that contain their info. With these round military dog tags, it would be possible to identify soldiers when they are injured or killed.

Towards the end of 1906, the Army got aluminum disc-shaped tags for soldiers. They were to be worn at all times.

The tags were about half the size of a dollar and stamped with the name, rank, company, and regiment or corps of the soldier. The tags were fixed to a chain and around the soldier’s neck, under the uniform.

In 1916, the Army required a second disc to be worn, suspended from the first disc via a short chain. The first disc was meant to be kept on the body, while the second was for record-keeping in burial services.

The Navy got tags for their men in 1917. And it was also this year that all U.S combat men were required to wear the tags.

There were size specifications put in place and the wearer’s serial number (issued by the Army) was added along with an emergency name and address (though this was removed after World War II).

In 1969, the Army switched serial numbers to Social Security Numbers (SSN). This stayed until 2015 when the Army substituted them with Defense Department identification numbers to protect the wearer from identity theft.

Note: Today, the information on dog tags are also standardized. So, Air Force dog tags regulations do not differ from those of other service branches.

What to do with old military dog tags? As you have read, you can turn it into a keychain or display it in a shadow box as a keepsake. If you do not want to hold onto it, you can consider putting it up for sale online as an antique collectible.

Hopefully, the information we have curated here was informative and interesting. If you think this can be of benefit to anyone, please help us share it with them! If you have any other thoughts or questions, do not hesitate to reach out to us in the comments below.