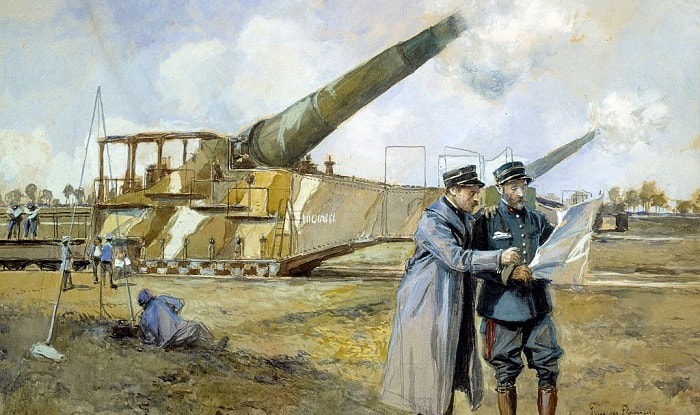 World War I, also commonly referred to as the First World War and abbreviated as WWI was a global war from July 1914 to November 1918. It involved over 70 million military personnel and resulted in the death of at least 8.5 million combatants and 13 million civilians.

Today, we look back at it as the “Great War” and the “war to end all wars”. Although there is a lot to know about this war, a common area of interest is the tactical ploys and schemes. More specifically, “Which best describes military strategy during World War I?”

Although there were many military strategies used, the Schlieffen Plan was believed to be the one that marked the beginning of the war. As you continue, there will be more information on this strategy, as well as a few other ones, including tunneling, chlorine gas and mustard gas, and light flares. Read on! 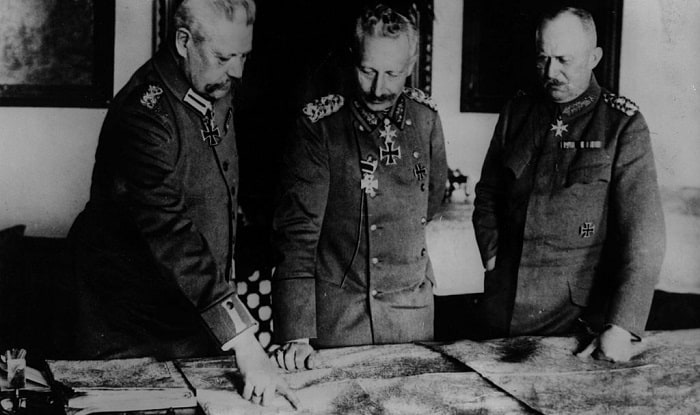 This strategy was devised by German Army Chief of Staff, Alfred von Schlieffen to counter the potential joint attack from Britain, France, and Russia. The main idea was to defeat France and discourage Britain and Russia from carrying on fighting.

Originally, the attack on France would be through Belgium and Luxembourg, using 90% of the German force, while 10% stayed in defensive positions to stop Russia in the East.

However, it was later revised by Helmuth von Moltke to replace the Holland, Belgium route in the Flanders flat plain. The Schlieffen plan commended on August 2, though ultimately failing, is believed to be the strategy that “kick-started” the war.

Tunneling is a common tactic as part of the overarching implementation of Trench Warfare at the time. Specialist miners were deployed to dig tunnels and place mines underneath the enemies’ defensive positions. The underground explosions were designed to spark confusion, which in turn, is leveraged by infantry to advance to the front line. 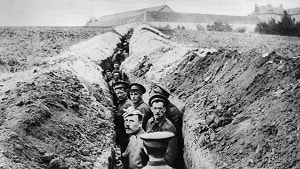 While digging the tunnels, miners were supposed to look out for enemy tunnelers. Hence, the digging process will sometimes lead right into an underground fight.

A notable example of the use of tunneling was in January 1917, when General Sir Herbert Plumer instructed the construction of an 8,000-meter tunnel with 600 tons of explosives at Messinas, under German lines. They exploded simultaneously on the 7th of June, killing roughly 10,000 soldiers. It was rumored that the blast was so strong, it was heard from all the way in London.

Chlorine gas cylinders were used by the German Army, first in April 1915 against the French. The gas successfully cleared out a four-mile gap in the Allied line as front line soldiers were knocked down from chest pains and throat burns. 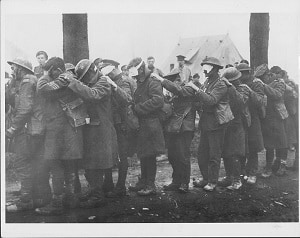 About two years later, the German Army attacked with mustard gas, which was odorless but lethal. The poisonous substance prompted external and internal bleeding—a slow but painful death for reportedly +4,000 people.

Aside from direct infantry, there were many patrols sent out routinely to get their hands on the enemies’ information. These patrolling troops go out at night and get as close as they can to the enemy. To counter patrols, German troops used light-shell rockets. 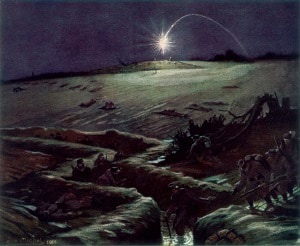 These were attached to small parachutes and blazed brightly to “blind” the patrols for about a minute. During this, the defending troops open-fired.

Before you leave this article on which best describes military strategy during World War I, do not forget to share any thoughts or questions in the comments! We cannot wait to hear from you!