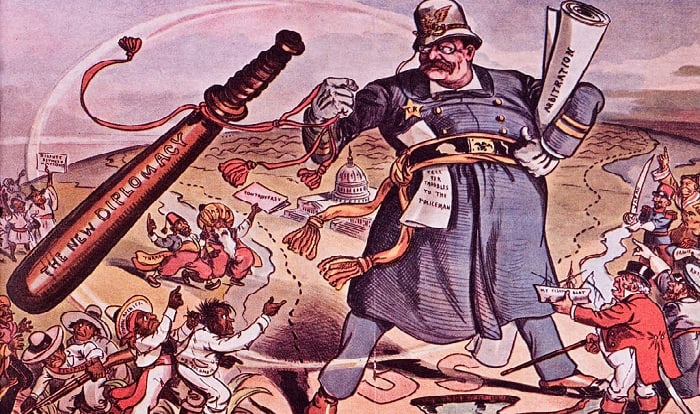 If you are studying for a U.S History exam or simply doing an assignment, you should know the answer to, “Which diplomatic style most promoted military action?”

There is a common multiple choice question you might encounter with the following options:

The answer that will earn you the mark is A – big stick. Learn more about the big stick diplomatic style in this article.

Which Diplomatic Style Relied on the Threat of Military Action? – Big Stick 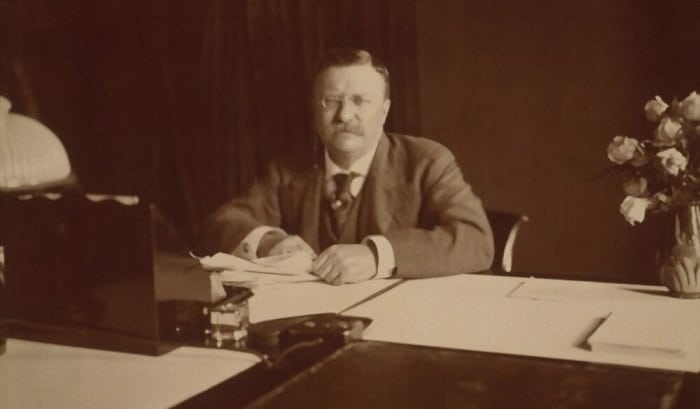 This is a diplomatic style that revolves around careful negotiation and the implications of future use of military action. It was coined and made popular by President Theodore Roosevelt. Hence, today, we often refer to it as Roosevelt’s “Big Stick” diplomacy.

Roosevelt used to explain it with a West African proverb: 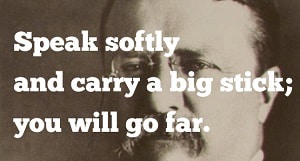 The big stick is the threat of military action in diplomatic discussions. It is meant to compel other parties to agree to the negotiations on the table. Since military action is only threatened, peace between the parties involved can still be preserved, albeit intimidation being at play.

However, “Big Stick” was not the formal name of Roosevelt’s foreign policy. It was simply used by the press to refer to the ideology. The official name of the foreign policy was “Roosevelt Corollary to the Monroe Doctrine.”

Diplomatic negotiations using the Big Stick style borrow from war diplomacy and conventional diplomacy but still ensure that the responsibilities and duties of a diplomatic mission are fulfilled.

It also adheres to the standard functions of diplomacy and allows for the role of a diplomat to be attained.

Big Stick was used in many diplomatic negotiations throughout American history.

The commonly cited Big Stick origin is the Venezuela Crisis between 1902 and 1903, but several studies suggest that it was founded on Social Darwinism.

Based on the crux of natural selection and “survival of the fittest” Social Darwinists believed that the best country would win in any international competition.

Roosevelt adopted this imperialist philosophy to initiate Big Stick – an imperialistic foreign policy based on the idea that the U.S. could act on behalf of less developed nations.

Following the Big Stick diplomacy during Roosevelt’s presidency, was President Wilson’s policy called Moral Diplomacy. Though different in various ways, one result of Moral Diplomacy also involved the use of military action. Specifically, it amplified the U.S’s direct military use in many countries.