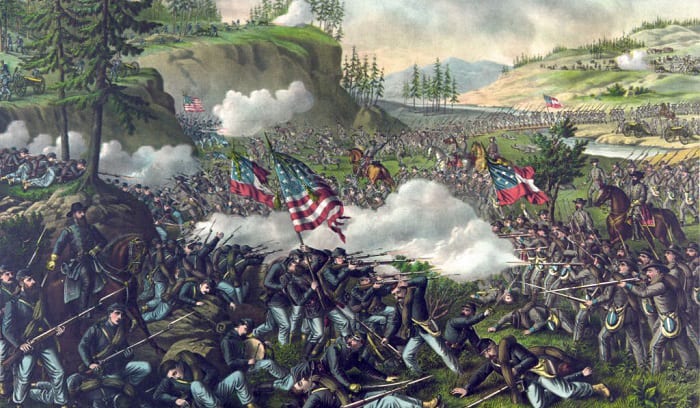 There are military leaders and generals all over the world, and the fact that they can command a military (just by itself) is commendable. But what’s more impressive is doing so without fail. There are plenty who have never lost a battle, in both ancient and modern times. Do you know any of them?

You can grasp five names from our article answering, “Which historical military commander was never defeated?” below. We will list some among the greatest generals of antiquity as well as those in the more contemporary periods.

Though we cannot conclude these names as the greatest generals of all time, they are surely the toughest generals in history.

Continue reading to learn about these individuals conferring impressive titles, like “the greatest military leader.” We will provide essential information, including a brief history of the commanders curated.

The names that we will be going through are

5 Military Leaders Who Have Never Been Defeated 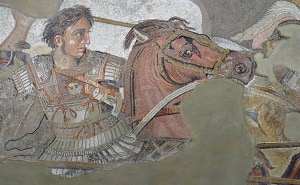 Alexander the Great became the King of Macedon after his father passed away. During his reign, he spent most of his time and effort into a military conquering campaign which stretched Western Asia, Central Asia, and South Asia.

As implied in his name, Alexander was considered one of the greatest military leaders in history. He was undefeated in battle and credited for creating one of history’s largest empires.

The Wars of Alexander the Great

Alexander’s series of conquests started with battles against the Achaemenid Persian Empire, which, at the time, was ruled by Drius III of Persia.

Here is a brief summary of all of Alexander’s battles and the fighting theaters:

The Battle of the Granicus River (May 334 BC)

The Siege of Halicarnassus (334 BC)

For a more specific recap, go through his battle record breakdown, screenshotted from Wikipedia: 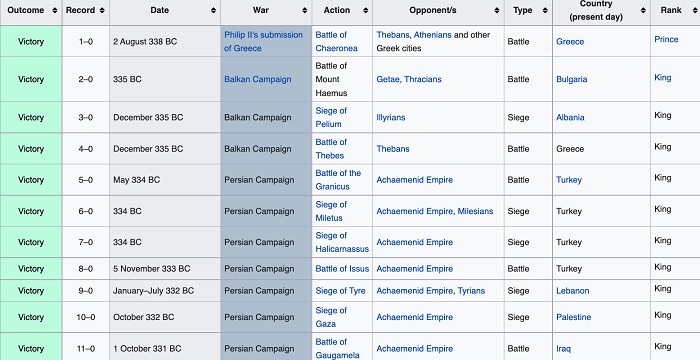 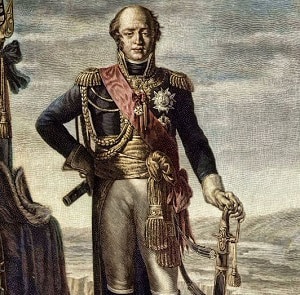 Davout fought many wars. Here is the long list of all that he was a part of:

The French Revolutionary Wars, which included:

The French campaign in Egypt and Syria

The Napoleonic Wars, which included:

(1812) The Battle of Maloyaroslavets

The Defense of Paris

In addition to being recognized as one of the greatest undefeated generals, Davout is known for having a lot of honors and awards. Specifically, he held: 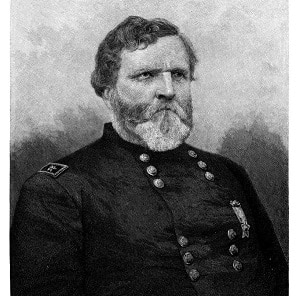 George Henry Thomas is a name often left out when discussing the best American general ever, though it shouldn’t be. He was a general in the Union Army and played a notable role in many battles in the Civil War. Here is a brief summary of them: 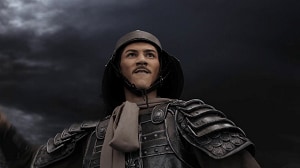 Han Xin was one of the most famous military generals in Chinese history. He served under Xiang Yin as well as Liu Bang. Xin is among the greatest military strategists in Ancient China, starting with his plan for Liu Bang to conquer the Three Qins in Guanzhong, where he had soldiers pretend to be repairmen for the gallery roads between Guanzhong and Hanzhone, while secretly sending another Army through to make a surprise attack on Zhang Han.

The names of his other battles were: 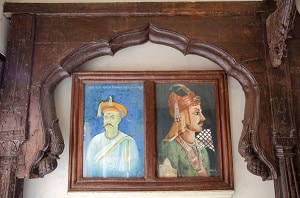 Baji Rao is one of the world’s Generals who never lost a battle.

At an early age, Rao was trained as a warrior, going on various military campaigns with his father, and as a diplomat. When he was 20 years old, Rao was appointed as Peshwa, and he succeeded his father, Balaji Vishwanath.

Now, you know at least 5 names to answer, “Which historical military commander was never defeated?” Hopefully, this article has been informative and interesting. If it was, please leave us a comment below. If you have anything else to share on this topic, leave it in the comment as well. We also welcome any follow up questions. Do not be shy about reaching out!