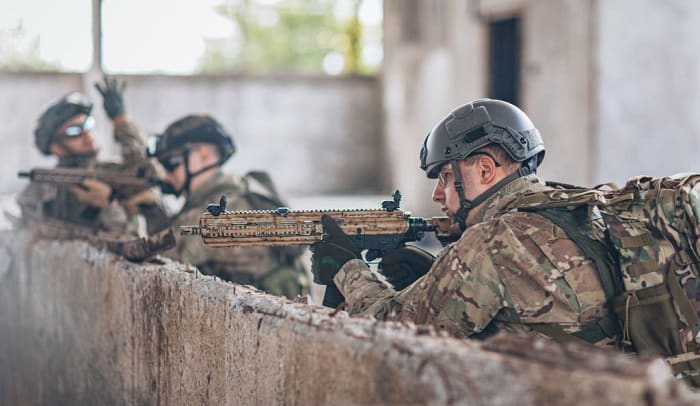 Unlike what most people think, the military does not just engage in wars. There is a whole range of military operations. Among the types is small-scaled limited duration operations.

The short answer is crisis response and limited contingency operations. Keep reading to find out exactly what this is! There will also be other relevant information on U.S military operations. So, to get a complete understanding, make sure you read until the end!

What Is a Military Operation?

It is always best to start with a definition. So what is a military operation? Wikipedia states it is coordinated military actions to respond to a situation and resolve it in a favorable way.

Now let’s move our focus: military operation definition and to the different types.

What Are the Types of Military Operations? 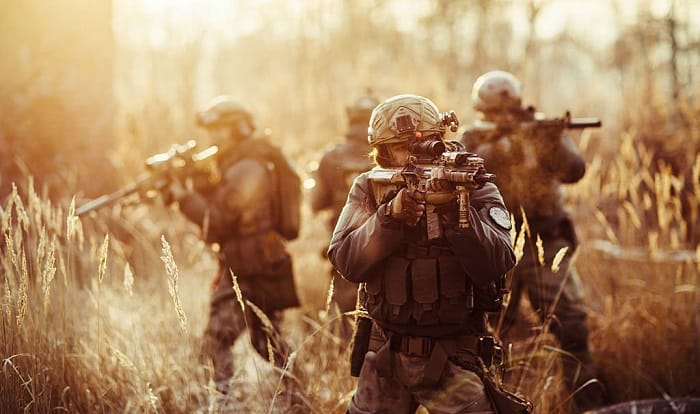 In general, military operation types are based on the force employment scale and scope, but they can also be based on impact relative to a wider conflict.

Here are the types of military operations only Wikipedia:

This type of operation is conducted over a large area. And a lot of the time, the operation area is continental.

It symbolizes a national strategic commitment to a particular conflict. As such, there are goals that involve aspects outside of the military, like the political and economic implications.

This type of operation is either a subset of the theater operation or a separate operation that is more limited in terms of geographic and operational commitment.

It can be conducted by a single service branch or a combination of service branches. There are 4 steps to a campaign: plan, execute, control, and conclude.

Unlike a theater operation, it does not necessarily reflect full national commitment to a conflict, nor does it necessarily have goals that extend out of the military.

Though some campaigns last for a few weeks, most take several months or up to a year.

This type of operation is a subset of a campaign with specific goals and objectives. In addition, it has a thought-out plan of force use. Usually, it pursues military goals and geographic objectives. Battles can take place on land, at sea, or in the air. The weapons and tactics used varied based on where battles are fought.

There are also other types of battles:

Note: Battles can be hybrids of the types listed above, as well.

An example of a battle operation is the “Dardanelles Landings,” which is now called the “Battle of Gallipoli.”

This type of operation is a tactical combat occurrence for a specific objective or area. It can be an event or a contest and involve actions of distinct units.

Usually, the two sides of combat are larger than a company but smaller than a division. It starts when one side initiates an attack and ends when the attacking side has:

Most engagements last 1 to 2 days. But there are some that are only a few hours long. Rarely will an engagement exceed 5 days.

An example is the Battle of Kursk (Operation Citadel) which had multiple distinct engagements.

This type of operation is just a single attack at a specified target. It is typically a part of a broader engagement.

A strike pursues an explicit goal. Examples include rendering facilities inoperable, assassinating enemy leaders, or interfering with the supplies delivery of enemy troops.

A raid is a small-scale operation. It is characterized by a quick penetration of an enemy territory to:

A raid ends when the set mission is completed and the side that started the raid withdraws. More Specific Types of Military Operations

There are four different types of military operations based on the tactic used. These are offense, defense, stability, and support.

Even more specific categories of military operations based on the objective are: 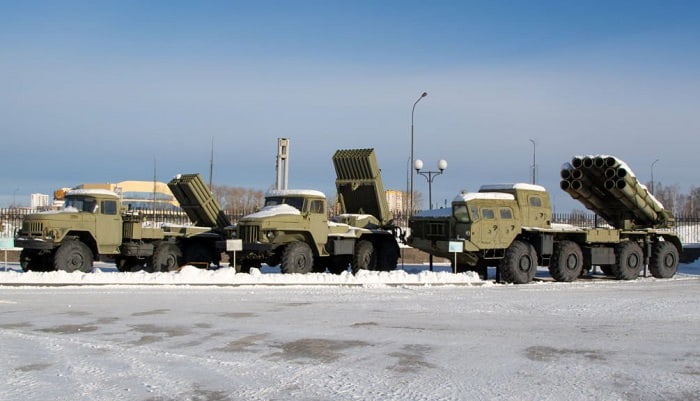 The answer is crisis response and limited contingency operations. They are limited in scope and scale in an operational area and made to pursue a very specific objective.

On the range of military operations, they lie in the middle. They are between large-scale combat operations and military engagement, security cooperation, and security detergence.

You may already know of military engagement, security cooperation and security deterrence from our article, “Which military operations are ongoing routine activities that establish, shape, maintain, and refine?

Generally, they are a single operation, but in some cases, they can also be part of a more major operation.

Crisis response and limited contingency operations tend to be for the purposes of peacekeeping, evacuation, and/or relief. Objectives example include:

A military operation example of this type is Operation RESTORE HOPE in Somalia.

The objective was to calm down the situation in Somalia and send humanitarian assistance to the Somali people in the southern part of the country. It was from December 9, 1992, to May 4, 1993.

Defense Support of Civil Authorities (DSCA) also includes this type of operation. There are ones that involve responding to strikes, riots, and overall disorder, as well as natural disasters.

As you have read, the answer is crisis response and limited contingency operations. These have very specific objectives and can be standalones or part of a more major operation.

Hopefully, you have found the information in this article interesting and helpful. If you have any thoughts you would like to share or questions you would like to ask, please leave them in the comments down below. Also, help us share this with other readers like your friends and family.