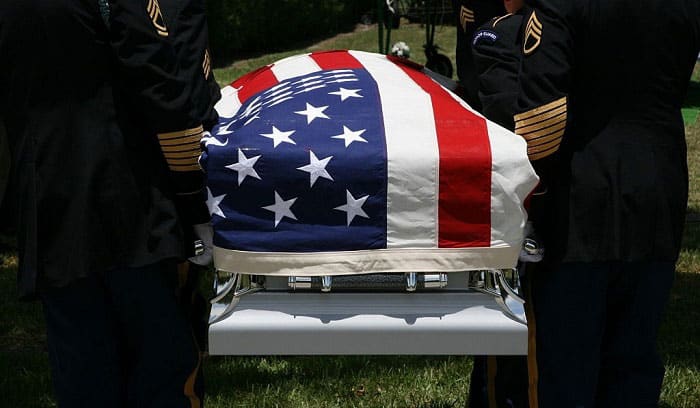 Don’t worry! Our article here will provide you with all the information you need on military funeral honors eligibility. We will also answer other relevant questions. So, make sure you read until the end! Specifically, we will address:

Who Qualifies for Military Honors at a Funeral? 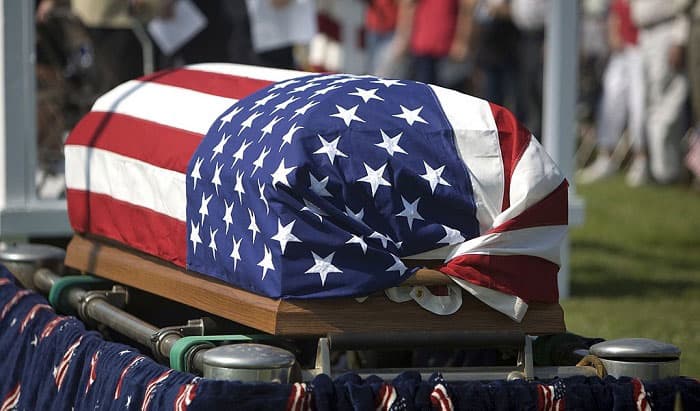 Do All Veterans Get a Military Funeral?

What Are the Standard Military Honors? 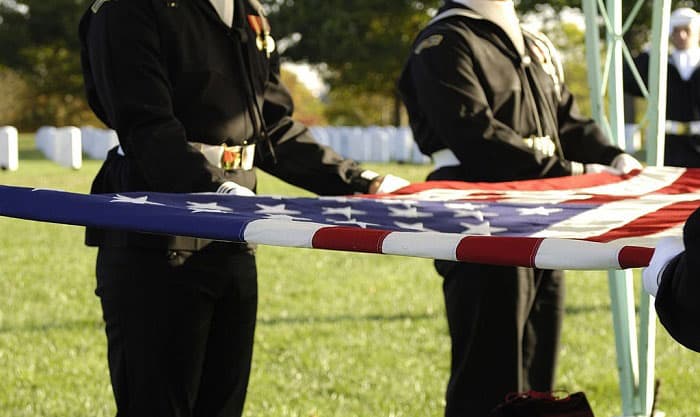 The standard military honors for eligible veterans include a casket team, a firing party, and a bugler. Depending on the branch of service and the veteran’s NCO grade, a caisson may also be used.

In addition, you will receive memorial items: headstones, markers, medallions, a burial flag, and a Presidential Memorial Certificate, which looks like this:

This certificate is an engraved paper signed by the current President and presented to honor the memory of deceased veterans. It was originally initiated in 1962 by President John F. Kennedy, is authorized in Section 112, Title 28 of the United States Code, and administered by the VA — Department of Veterans Affairs.

Note: You can apply for a PMC on behalf of the deceased veteran by completing this VA Form (40-0247). To complete the request, you will need to turn in the veteran’s death certificate and military discharge documents (Send only copies. Do not send original documents!)

Note: Any members who died during active duty service is automatically eligible

You can apply on behalf of the deceased veteran’s behalf if you are a(n):

This is the United States flag draped on the deceased veteran’s casket and used in the folding ceremony at the military funeral. It will be given to the “next of kin” to preserve or, by request, be placed with an urn at the cemetery to honor the veteran. You can also choose to donate the flag to a national cemetery. In that case, your flag will be flown on patriotic holidays.

The deceased recipient must have (One of the below):

Request a flag by filling the VA Form (27-2008) and submitting it to a VA regional office or the US post office. Check this guide to know who can get the flag at a military funeral.

What Are the Full Military Honors?

Full military honors can include an escort platoon, with size varying by the rank of the veteran, a military band, and a colors team. Personnel who have died from wounds caused by the enemy are entitled to full military honors.

How to Verify Funeral Honors Eligibility?

The best way to verify eligibility is through the DD-214 and you can request this from the National Archives. If you don’t have that form, then try to submit any other discharge document proving the deceased were not discharged dishonorably.

How to Request Funeral Honors?

You can request this through your funeral director, who will then contact the military to arrange it in detail.

Now, you have all the information required to properly honor your veteran and his or her service. We hope that you have found this article on who is eligible for military funeral honors useful. Leave any questions you have or thoughts you would like to share in the comments below!