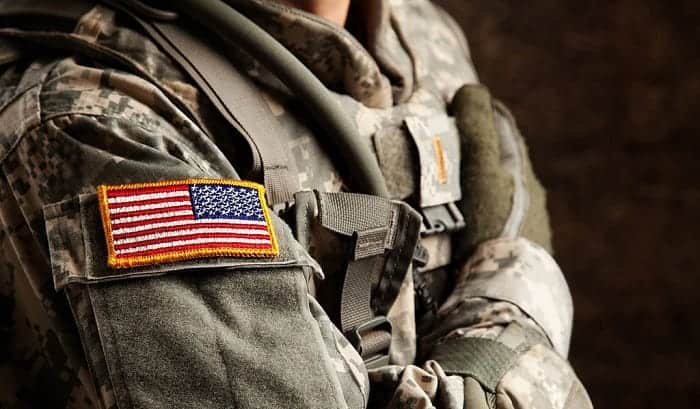 If you have ever seen military flags, you will notice that they are backward. It is a bit confusing to comprehend at first and can make you second-guess yourself if you are a non-American. You might think that it is a display or printing error, but let me reassure you that it is not.

“Why are military flags backward?” There is a reason behind their reversed appearance: the blue field of stars always faces towards the front, followed by the red and white stripes. But there is more to it.

I will take you through the reason why military flags appear backward on uniforms, which includes a historical meaning as well as the symbolism attached. I will also make mention of modern updates to the reversed flags. If you are interested in the details, continue reading this article.

Why Are Military Flags Backward

For the field of blue stars on the U.S flag to be facing the front, it has to be reversed. Hence, the reason for reversed flags on military uniforms. 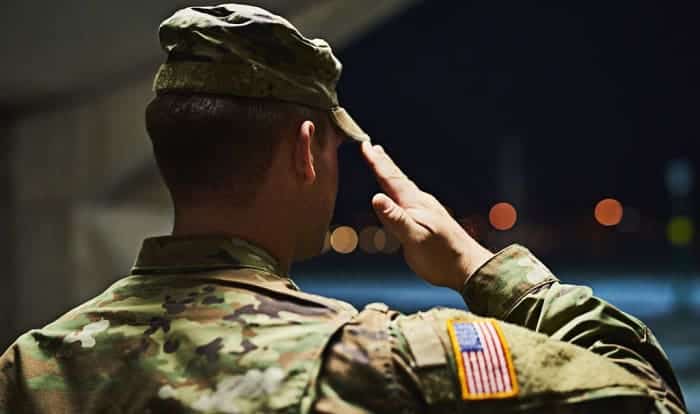 When the field of a blue star is in the front, the flag as a whole will look like it is flying in the wind if the military personnel wearing it are moving forward. There is a deeper meaning and historically rich story behind this image.

Back in the Civil War units, cavalry and infantry had a designated standard bearer, who carries the flag into battle—a highly symbolic scene in the military context. The flag in discussion will stream backward with the blue field of stars or canton leading the way, against the pole, followed by the white and red stripes. It represents the courage and commitment of those who fought and served.

Today, the flag that is patched on the right shoulder of military uniforms replicates this backward-streaming effect by appearing in reverse.

If the flag was not reversed, it would look like the flag is retreating—and we obviously do not do that in the U.S. So, it is proper protocol to always have the stars in the flag facing forward (Even if it means that the flag will be reversed).

In the past, flags backward on uniforms were only for paratroopers. Since these service members are often dropped behind enemy lines, these flag patches served as a recognition icon or signal for land troops to distinguish between them from the enemies. It was sometimes also required in joint-duty and multi-national deployment settings where differentiation is necessary. 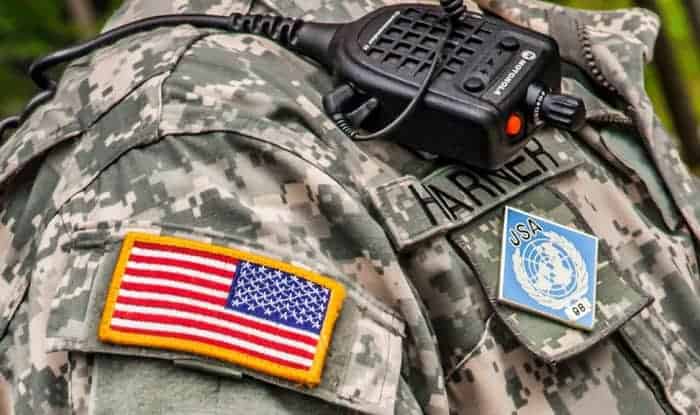 It was not until 2003-2005 that these American flags backward became a permanent component of military uniforms.

According to the 2003 Army Regulation 670-1: Wear and Appearance of Army Uniforms and Insignia, the correct and only way to wear the U.S flag patch on a uniform is with the stars facing forward. The term adopted for this is “assaulting forward” rather than “facing forward.”

From the explanation provided by the Institute of Heraldry, it is proper to reverse the flag when worn on the right to look like it is flying in the wind as the wearer goes forward.

By Chapter 1, Title 4 of the United States Code in 2005, the flag has become compulsory. It should not only be on battle dress uniform, but also any other military uniform, including the temperate, hot, extra-hot, field, and cold-weather uniform.

Today, there is a subdued version of the US flag backward on uniforms. These no longer feature the bright colors: white, blue, and red but are replaced by neutral tones, particularly brown and dark green, to camouflage into the background.

When the American flag is worn with other organizational flags, such as the Navy or USMC flags, it should be to the right. At a parade or during the National Anthem when reviewing officers, the organization flag may be dipped in salute, but the U.S flag is never dipped.

This makes sense given the order of precedence in physical flags when held at parades and military-orientated events. The U.S national flag is always the most important and comes first.

You may have noticed the American flag on other uniforms besides one’s dedicated to military personnel. In such cases, there is a strict flag code to abide by. Firemen, policemen, and other members of patriotic institutions are allowed to wear the flag patch. But, they may be against the law on other uniforms, like athletic ones.

So, there you have it—the full answer to “Why are military flags backward?” You now know the historical meaning behind it as well as the associated symbolism. There are also insights on modern updates that you should be aware of.

To recap: the American flag appears backward on military uniforms because the canton or field of blue stars must be “assaulting forward” or facing forward to mirror the image of historical standard bearers bringing the flag into battle. It replicates the image of flags flying in the wind and symbolizes the admirable courage and commitment of military personnel.

If you have any follow-up questions or thoughts on this topic of military flags on uniforms, do not hesitate to leave a comment. I am always super excited to hear from my readers. Hopefully, you have found this article helpful. If you think you know someone who would benefit from reading this, please share it with them.